Activate on Steam and play right away.

Explore the galaxy, investigate new worlds, contact new civilizations, and battle hostile aliens in Star Control: Origins. You are the captain of Earth's brand new, state-of-the-art ship, The Vindicator. Your mission is to gather together allies to fight an ancient alien menace that threatens to annihilate the human race.

Earth Rising is a 4-part expansion that contains new quests, ships, rewards, and story that is tied to humanity’s quest for establishing themselves as a major galactic power. Explore new stars, solve newly discovered mysteries, and form relationships with new alien races and their leaders.

Part 1: Aftermath
Available Now
Star Control has ordered the construction of a new base in Episilon Trireme, but not every alien is happy about the idea of an expanding human empire and the base construction efforts have already encountered major trouble. Meanwhile, a suspiciously helpful group of aliens have returned and directed you toward the location of a potential new ally - a race of lazy aliens called the Gloosh. A new enemy has also appeared in the shadows, and it seems to have its own long and hostile history with humanity...

Part 2: Return of the Lexites
Available Now
Face your most dangerous challenge yet against a post-singularity species whose motives are a mystery! The Lexites are impeding Earth's efforts to expand into known space. But, why? As the Captain of Earth's first interstellar starship, your mission is to visit new worlds and engage in combat against strange new ships while trying to unravel the mysterious plans of the post-humans who left Earth.

Part 3: The Syndicate
Available Now
Humanity’s alliance is fraying and their plans for expanding into the galaxy are waylaid when they are faced with a new threat and a difficult choice. Two new factions have appeared on the scene: The Syndicate, a group of criminals, pirates, and other people of low moral quality, and The Liberators, an organization of idealistic freedom fighters. Both want your allegiance, and both want to destroy each other, which leaves you with a question: where do your loyalties lie?

Part 4: Earth Rises
Available Now
Humans have finally proven that they may be worthy custodians to the Spur, but they must still prove themselves to allies and enemies alike. Meanwhile, Commander Magara is missing, a faction of humanity is developing a dangerous battlecruiser, and the Mowlings’ God has reluctantly returned and asked you to help save them from imminent destruction. and you’ve been tasked with finding him and returning him to safety. Perhaps a stop at Kapteyn’s bar will give you some more information - if you can avoid getting into a brawl long enough to talk to someone, that is.

Prepare for battle! A new wave of diverse ships has arrived, nearly doubling the number of available vessels in the Fleet Battles mode for Star Control: Origins. Everyone will find something that suits their playstyle in this free DLC.

The Star Control universe is yours to shape and control with the free Multiverse DLC! You can add your own star systems, quests, characters, and much more in Star Control: Origins. You can upload and use other mods as well. Engage with infinite new stories and experiences created by you and other players!

Add the original soundtrack for Star Control: Origins to your library today! Featuring several tracks from the popular open universe space adventure RPG, these epic songs will leave you excited and ready to explore the galaxy. 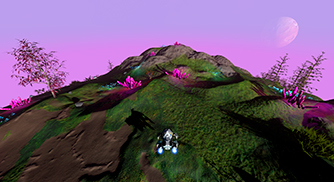 Don't run out of fuel on your way there, you may regret it... 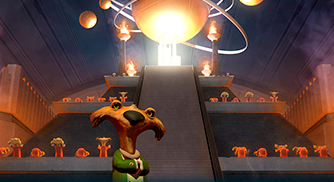 Try not to make them so angry that they want to help blow us all up. 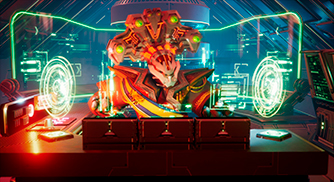 Some aliens want to destroy humanity. We'd like you to stop that. 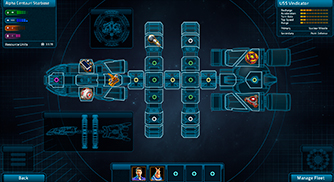 Oh, and please upgrade it. The aliens keep laughing at us. 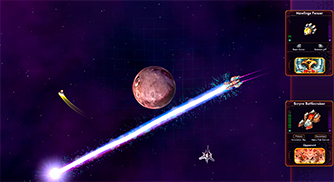 Your orders are to not die. Anything else you do is up to you. 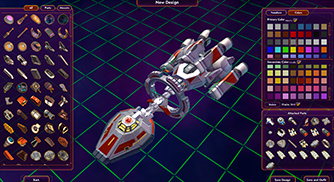 You can have the world - lots of them, in fact - at your fingertips.

Mankind is about to be wiped off the face of the galactic map. A savage clutch of alien races called the Ur-Quan Hierarchy has become the "evil empire" of the 27th century- ruthlessly invading interstellar neighbors. Humanity is next on their list. Your job is to make sure that they don’t succeed. The entire Alliance of Free Stars battlefleet awaits your orders.

Arguably the greatest space adventure ever made for PC, this game is rich with humor and memorable characters. You start in a nearly empty space-ship, but as the game progresses, you can upgrade it with many modules that affect the vessel's attributes. You can discover new stars, meet new alien races, wage wars, and boldly go where no man has gone before you. A truly exceptional exploration game that that has influenced the entire industry. While playing this gem, it's really fun to observe how many of its gameplay features were copied by modern AAA titles.

Deep in space, somewhere in the Kessari Quadrant, you stumble across a catastrophic realization - the universe is on the brink of destruction. Now you must race to save thousands of worlds and billions of lives from total annihilation. An epic adventure of intergalactic strategy and diplomacy begins.

Taking a slightly different track that diverged from the Star Control 2 formula, it got excellent reviews though some of the hardcore Star Control fans weren't entirely thrilled by the innovations. Journalists, new fans of the series, and hardcore fans alike all agreed on one thing, though: this game's story is great.

Steam is required to play these games, unless purchased from GOG.com.