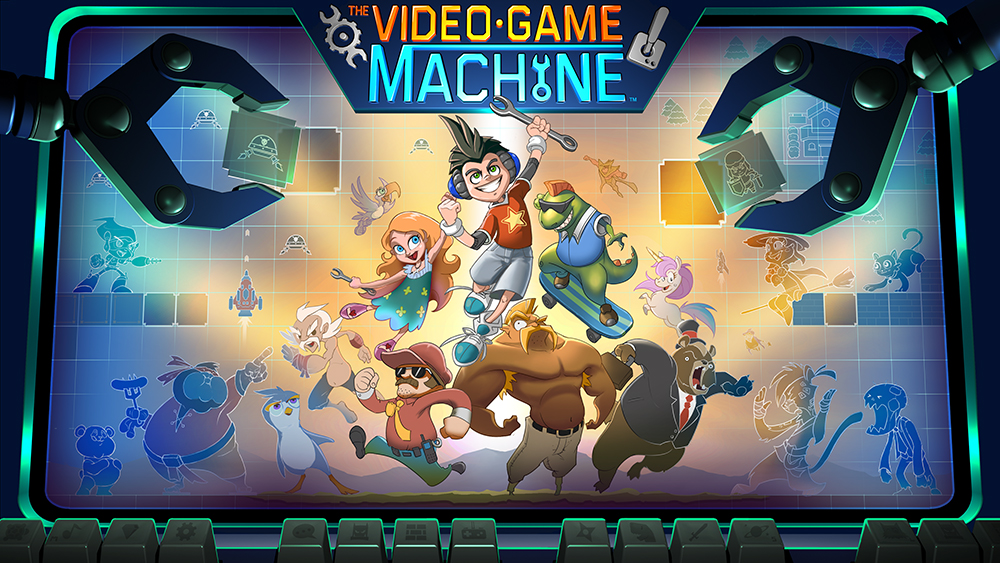 Make, play, and share unique video games that you’ve made yourself! The Video Game Machine is a sandbox game that removes the tricky parts of development and leaves only the fun, putting the power of creativity in YOUR hands.

(A key will be issued to you via the email you purchase The Video Game Machine with.)

Give valuable input on mechanics and gameplay during the development process by joining our Founder's program! You'll get access to the alpha of the game today, plus all future betas and the full game upon final release. Joining the program also includes a special Founder's badge for the forums.

"If you play games, odds are you’ve wanted to try making one too," said lead designer Scott Tykoski. "The Video Game Machine is a game that lets you pick a genre, choose some rules, and unleash your inner game designer."

An alpha for the game released today and includes the first two genres: Platformer and Adventure. Players are encouraged to leave feedback on Stardock’s forums in order to participate in the development process.

“Player feedback is so important at this stage,” said Tykoski. “The game has been designed to be easy enough that anyone can create their own games while still having enough power that savvy gamers can create truly unique games with it. We want to make sure that everyone is having a good time and that the process for creating is as intuitive as we want it to be.”

Some of the game genres players can expect to find in The Video Game Machine as it develops are side-scrollers, shoot ‘em up, and adventure. The genre choice takes care of the game's basic game mechanics. From there, the player sets up the game's rules and selects the characters they want in their game such as knights, superheroes, ninjas, cats, and more.

The Video Game Machine includes a host of pre-made games that players can edit, or they can start with a blank slate and start creating. Players can share their games online, as well as download games made by others to try them out.

A key will be issued to you via the email you purchase The Video Game Machine with.
If you can't locate your email, click here to retrieve your key.