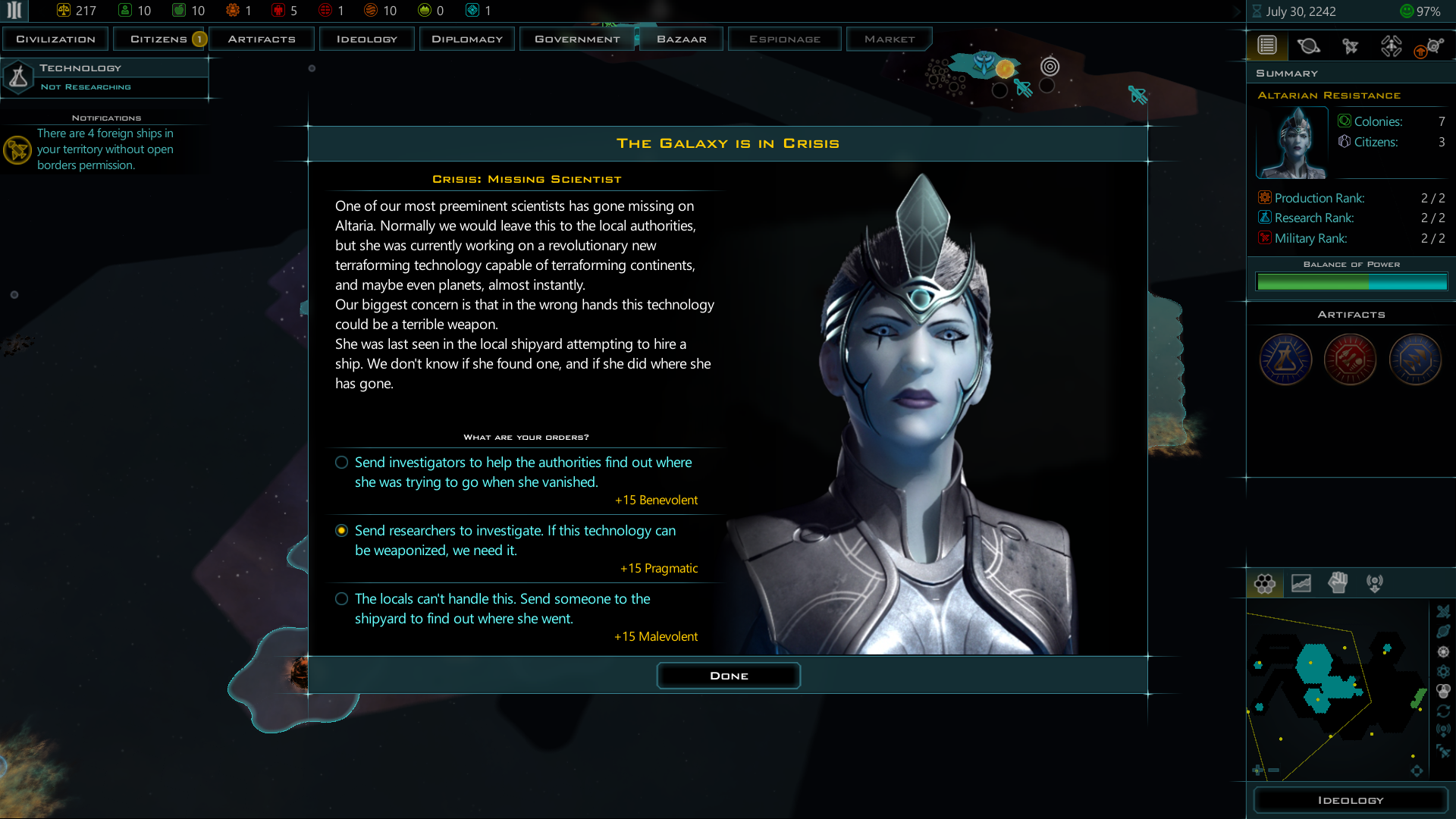 The free v4.0 update adds huge performance increases and makes vast visual improvements to the game’s planets, both on the surface and from orbit. A massive list of additional balance and AI improvements also accompany v4.0, which is already in opt-in. The current changelog is available here.

In Worlds in Crisis, players may encounter worlds struggling with crises from planetary mutations, to raging pandemics, to murderers on the loose, and much more. Each crisis tells a planet’s story and the player’s decisions on how to handle them will determine how it resolves in the end.

There are also several new planet types to explore, offering new and exciting bonuses for those brave enough to colonize them. Players might encounter a sterile planet that isn’t meant for housing life, but is suited for the experiments of a mad scientist, or a beautiful and serene tranquil type world, perfect for retirement and tourism. New islands, continents, and landmasses provide many new options.

“Our community provided most of the feedback that shaped v4.0,” said Stardock CEO Brad Wardell. “Thanks to them, we were able to review and optimize everything in order to make things run faster. We also worked in some performance improvements while still making the game look better than ever.”

The Worlds in Crisis DLC is coming soon to Steam and Stardock for $4.99. Galactic Civilizations III is available on Steam or through Stardock for $39.99. To learn more, visit www.galciv3.com.

Don't Own Galactic Civilizations III? Get it today!
Buy from Steam  |  Buy from GOG