Object Desktop is a suite of programs that lets users customize the way Microsoft Windows looks, feels, and functions.  As the capabilities of Windows changes, so does Object Desktop.  It was originally released in December 1999 and has evolved dramatically since then.

Since updates during the year are a big deal to users who are considering renewing their access to ObjectDekstop.net, what comes out in a given year is worth talking about.

A Guided Tour of what's been improved...

2004 has been a turning point in Object Desktop's career.  It was the year when many elements of it finally came together: Mature programs, documentation, and support.

For example, when Object Desktop first came out, users had to get their updates through a program called "Component Manager". This program "did the job" but was kind of clunky in use and many users had frustrations in terms of backing up and having to constantly re-download things.

What Stardock Central does is combine forums, chat, downloading, and other features all together into a single program. And when users download updates, they only download the parts they don't already have. Instead of 10 megabyte downloads they may only have 100K downloads.

For users of WindowBlinds (and IconPackager,) 2004 was the best year ever. WindowBlinds 4.4 runs rings around the bundled Windows XP visual style engine both in terms of performance and in memory use even as it skins a lot more parts of the Windows GUI.

And IconPackager has had a renaissance this year as great new icons have come out for it this year. The GUI Olympics really delivered some fantastic new skins and icons.

Below are some screenshots from this year. This year WindowBlinds also added some new features such as progress animations and toolbar icon changes:

Learn more on WindowBlinds at www.windowblinds.net.

SkinStudio 4.4 came out this year and it supports the new WindowBlinds features such as toolbar creation and progress animations but it also added the ability to create more advanced shellstyles (Windows explorer task panels).

For instance, normally in Windows the explorer task panels on are on the left side. But now with WindowBlinds 4.4, you can have them on the top: 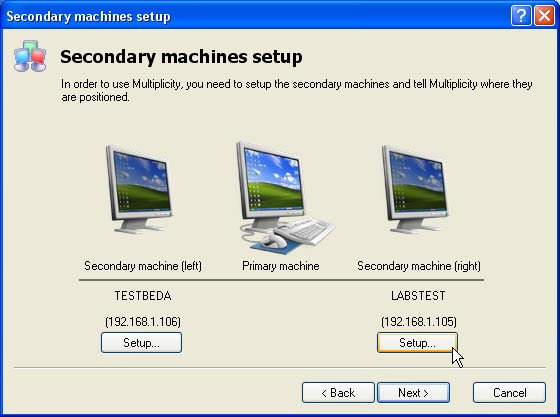 See how the task panels are on the top of the window? SkinStudio supports this.

SkinStudio also makes it easy to make use of the Microsoft .msstyles format. So those .msstyles that are out there can be used just like any other skin format if you have SkinStudio installed. It's totally seamless. And what's nice is that WindowBlinds will run msstyles faster and on more programs than if they were using Microsoft's skin applying system.

For users looking to dramatically increase their productivity, there's The Keyboard LaunchPad. This is a relatively new addition to Object Desktop that allows users to assign a hot key to pretty much anything they might want to do.

Actions such as clipboard contents, website URLs, program launching and more.  We here at Stardock use it a lot for saving clipboard contents (canned replies for instance and saved screenshots). We also use it to navigate to very common websites and support sites. This program doesn't get nearly as much attention as it deserves even though it's one of the most useful programs ever made.

Theme Manager is the successor to WinStyles. It provides the single point access to all the Object Desktop GUI customization programs (plus other programs as well) for changing skins, themes, icons and wallpapers and more.

You can use Theme Manager to just change your icons. Or you can build your own "suites" of skins/themes/icons together that create an entire desktop. Think of a suite as a desktop screenshot that has all the stuff included in it to get back to that screenshot.

One of the biggest stories for Object Desktop this past year has been DesktopX 2.x.  DesktopX spent its first couple of years of existence as being a kind of neat technology experiment.  It was this year, however, that DesktopX really

With DesktopX you can still build entire desktops, but it's become very popular for creating mini-applications called widgets.  In fact, Stardock used DesktopX to create the user interface in The Political Machine and is currently using it to create the screens for Galactic Civilizations II.  It's phenomenal technology.

Widgets are basically little programs that exist on your desktop. They can be as simple as clocks or as complex as a game. They have less overhead than a stand alone program tends to have which makes them ideal for doing things like playing music, monitoring system resources, displaying local weather, providing news feeds, etc.

With DesktopX 2.2, widgets can now be activated with a hot key. So even if you have them covered by a bunch of windows, you can easily bring them to top with the press of a button.

IconX was born because as icon quality has increased, the ability to get the most out of those icons was limited.

Here's the deal: In Windows you can set your icon size globally. That is a problem because if you want to have nice big icons on your desktop, you also get huge icons everywhere else.

IconX lets you have huge icons just on your desktop if you want as well as all kinds of cool effects such as zooming icons (icons grow when you put your mouse over them), sound effects, shadows, and other goodies. And it lets you also have .PNG files as icons as well as make images into thumbnails if they're on your desktop.

The same is true of icon labels which can be really big and thick -- just on your desktop.

WindowFX plodded towards 3.0 this year -- slowly. But it did gain a pretty remarkable new feature that is waiting until 2005 to fully be explored: Scaleable windows:

When turned on, a user can hold down the shift key while minimizing a program to put it into scaled window mode.  For users with limited real-estate, this can be quite useful.  Or for people who want to casually monitor chat or other things but not have it eat up too much space, it's very useful for that as well.

New Programs of Object Desktop in 2004

Object Desktop also added icon creation support with IconDeveloper. IconDeveloper is designed to make it easy to take images and turn them into icons.

When it comes to making icons, IconDeveloper really does make it easy for people to create and adjust icons all at once.  Stand-alone programs of this nature cost $30 and IconDeveloper is just another program that is part of Object Desktop.

Learn more of it at www.icondeveloper.com.

RightClick is a new program that went into beta at the tail end of 2004. It is a very straight forward program - it replaces the right-click desktop menu.

It can automatically inherit your WindowBlinds visual style and have all kinds of useful functionality in it (including embedding widgets!).

People who have started running it have found it extremely useful.

RightClick could be used to let power users do away with their actual Windows start bar if they want (it even supports having the system tray in it).  It can also be set to have a hot key to bring it up. So unlike the "real" desktop right click menu, RightClick can be brought up even if there are windows obscuring the Windows desktop.

This new feature will extend most common Windows file dialogs to have a lot more features.

All kinds of customization will become possible to the standard Windows file dialog.

Screenshots of it in action:

PowerTune is a significant departure from the whole "customization" portion of Object Desktop and back to the utility aspects. The idea behind PowerTune is relatively straight forward - it's getting too complicated to keep your PC optimized.

There are some great utilities out there that can help optimize your PC but they usually cost quite a bit and are usually overkill in terms of features.  The main features of PowerTune will include:

This isn't a complete list but the general idea is to allow power users as well as casual users keep their systems running well without having to spend very much effort doing it.  PowerTune is due in late 2005 in beta form.

ControlCenter and ObjectBar are slowly being merged together. The idea is to make it easier for people to have virtual desktop managers that are easier to use and more productive than at present. The beta is already available of ObjectBar 2.

Object Desktop has come a long way since its inception.  And it continues to get better and better over time.  The existing key features such as WindowBlinds, DesktopX, IconPackager and so forth have become more robust and more fully featured. And new features add new value and abilities to the package as a whole. We hope you like the direction we're going and the improvements we've already put into it.

We also think it is probably the world's best software deal.  For $49.95 a user gets all these things plus everything we make for an additional year.  Imagine the user who purchased Object Desktop in say 2003 and decided to renew their access to get new programs and updates for the year 2004 for $34.95.  The new programs and updates listed they would have received as part of that! That's less than $3 per program and update.