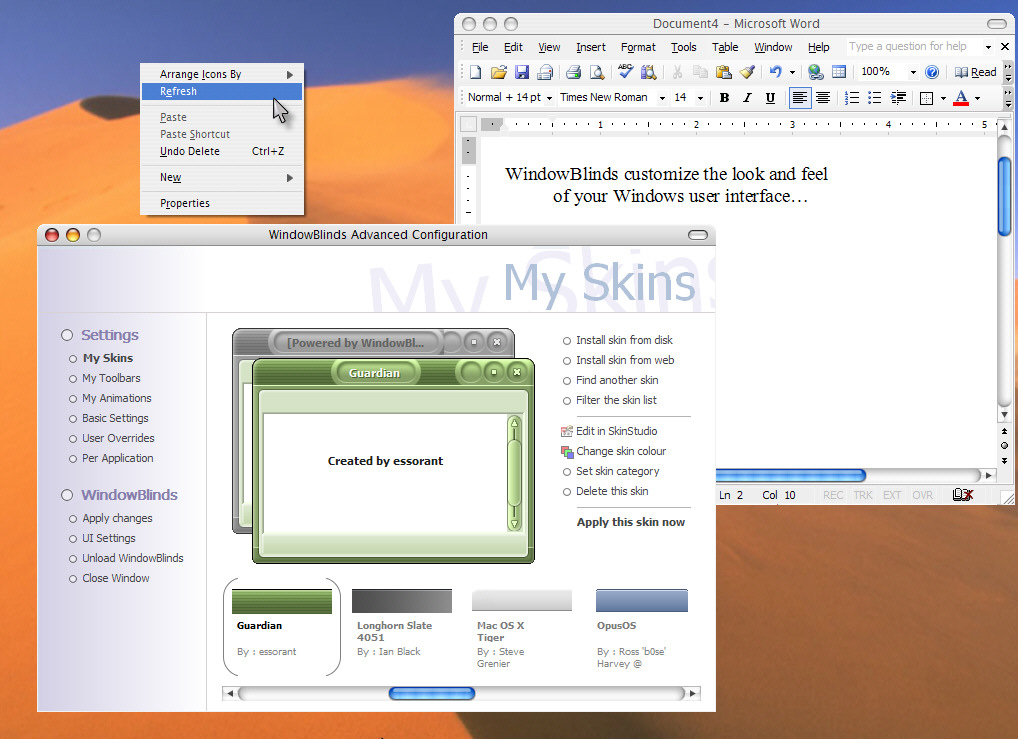 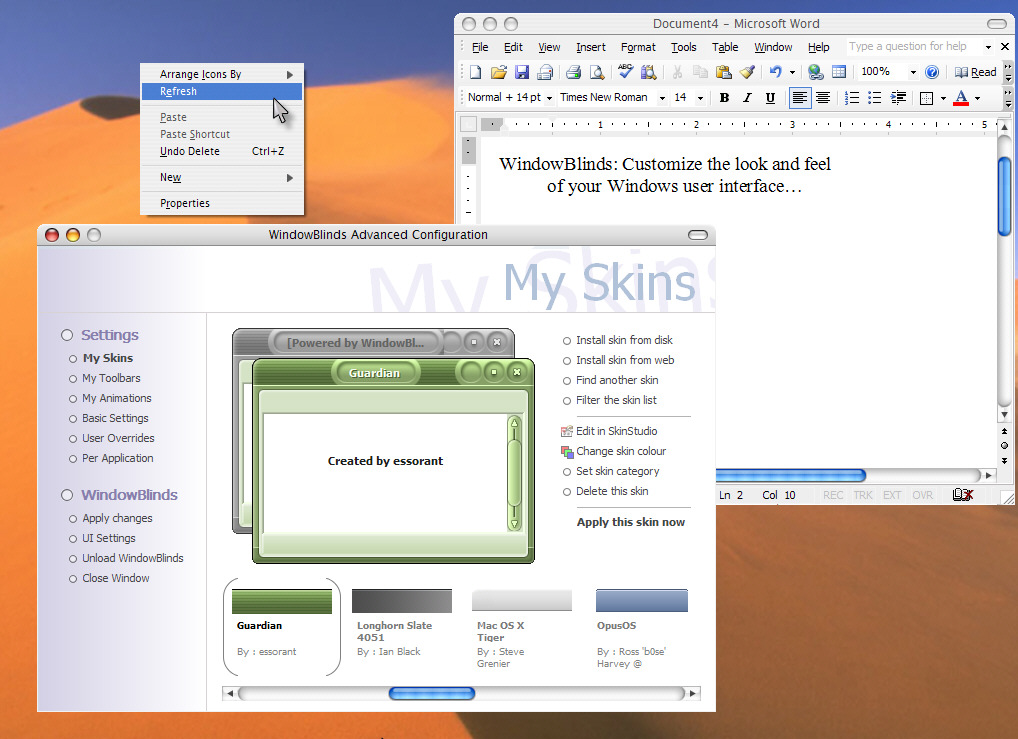 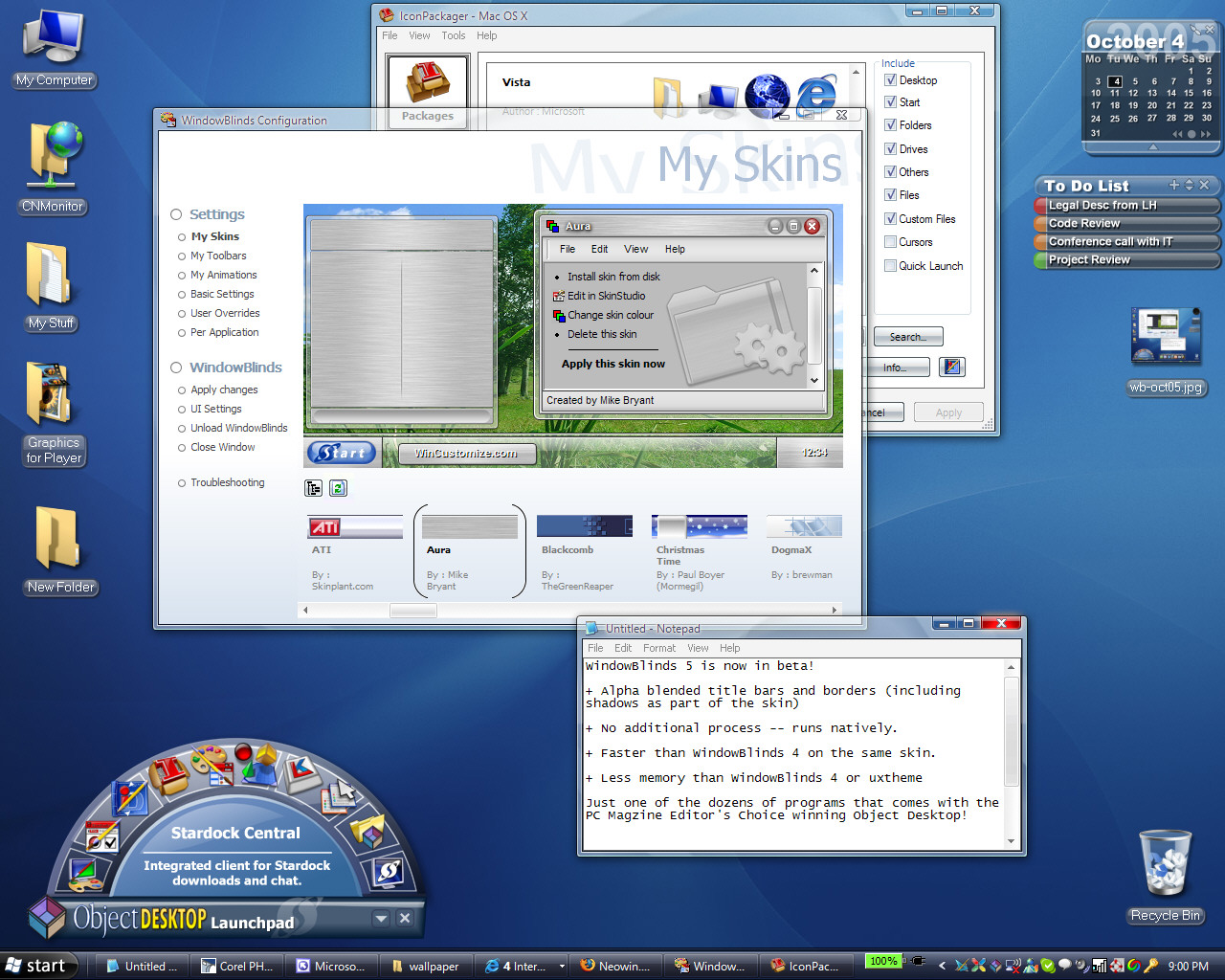 WindowBlinds is part of Stardock's Object Desktop suite of desktop extensions. It is also available stand alone at WindowBlinds.net. 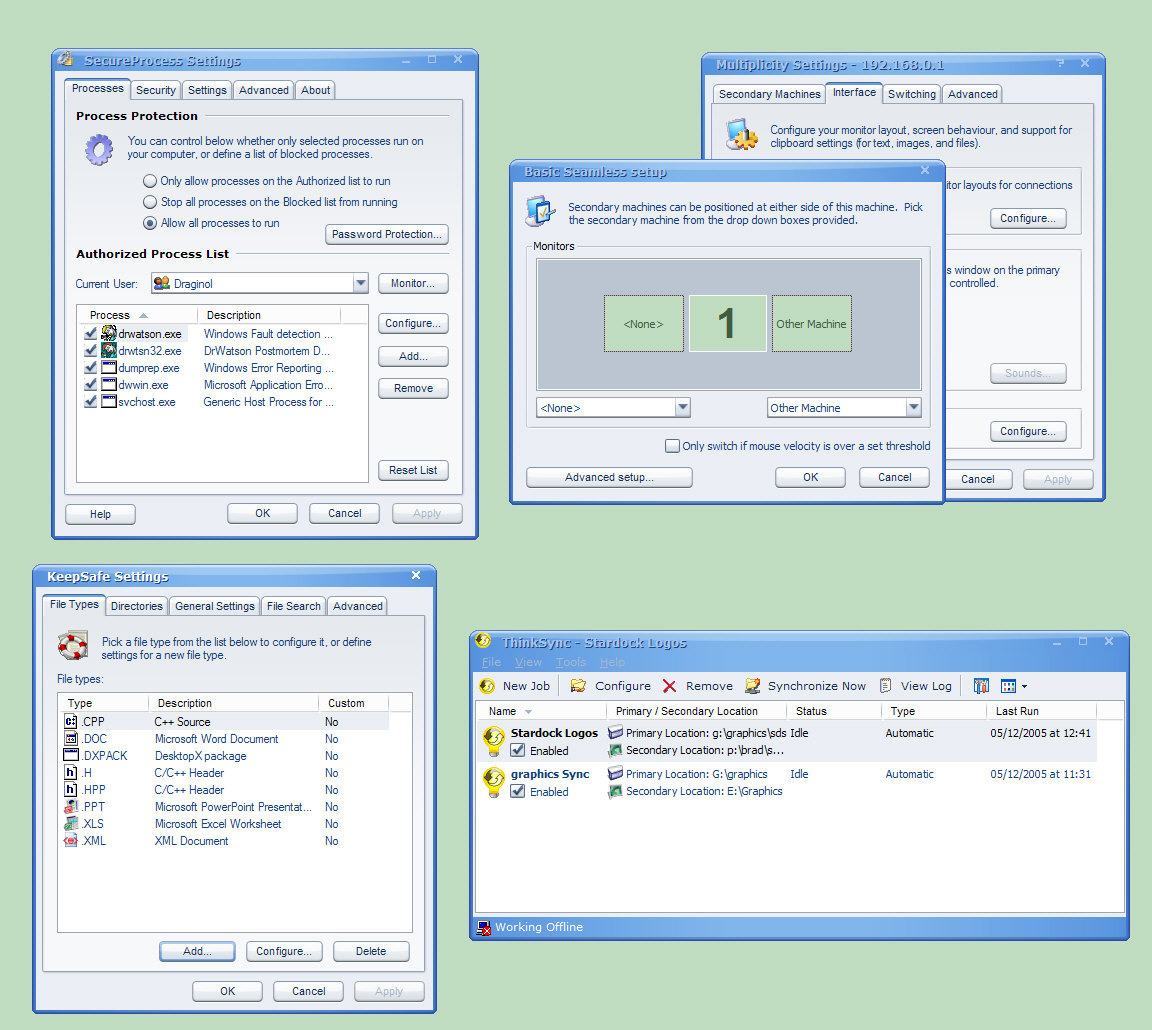 WindowBlinds works by extending the drawing APIs of Windows to support additional features. These features are designed to provide new functionality, improve performance, and be seamless. WindowBlinds does not hack any system DLLs, it doesn't replace any system files. It follows the Windows programming guidelines which is why Microsoft awarded it its designed for Windows XP logo certification.

(WindowBlinds is certified by Microsoft for use with Windows XP, Windows 2000*, Windows ME*, and Windows 98*).

See how WindowBlinds has been used by millions of individuals and corporations as well. Here are some examples of WindowBlinds in use in the real world...

Blizzard licensed WindowBlinds to create a World of Warcraft desktop!

Touchstone pictures licensed WindowBlinds for the computer interface scenes in The Recruit.

Nintendo is currently using WindowBlinds to promote the Nintendo Gamecube and their games such as Super Mario Sunchine, Pikmin, Legend of Zelda, and others.

Today, WindowBlinds has an estimated installed base of over 8 million users worldwide. It is one of the most popular programs of all time time on C-net's Download.com (the world's most popular download site) and the world's most popular desktop enhancement program. It has thousands of visual styles (skins) created for it with new ones appearing every day from people from around the world. It is used both by consumers and corporations alike. For consumers, it lets them personalize Windows to their needs. Corporations use it for branding or to extend the Windows GUI to have additional features needed by individual companies.

Its website is http://www.windowblinds.net. It is $19.95 stand alone but is free to try with a download available on the WindowBlinds website. It is also part of Stardock's Object Desktop suite of desktop enhancements which is $49.95.

If you're a commercial software developer, you can make your application skinnable with DirectSKIN.