Siege of Centauri comes out on September 12th. It's less than a week away!

I know we have all been playing for a while, and I genuinely appreciate everyone who joined us for the beta, and especially those that provided feedback. All that goes into making sure it is the best possible game next week.

So what does the development team spend our last week doing?

You can see the full list of things we are working on for release day here: https://forums.stardock.net/496769/siege-of-centauri-beta-3-update-2

But at this very moment I'm working on making the Plains of Fire mission less confusing.

Plains of Fire was originally inspired by a plinko machine, where you drop a ball from the top and it bounces down randomly before finally coming to rest in a slot at the bottom. Except out plinko machine was upside down. Ships entered from the top, and then took random lefts and rights, but all ended up at your Colony.

That was not fun. The whole point of a strategy game was to make interesting decisions based on information. The choice should be if you are over committing on the west path compared to the east, not wondering if the units would go to the west or east. This was hard in Plains of Fire where there was a lot of directions the enemies could take, and you really had to play a few times to figure out where they would go (which wasn't fun). 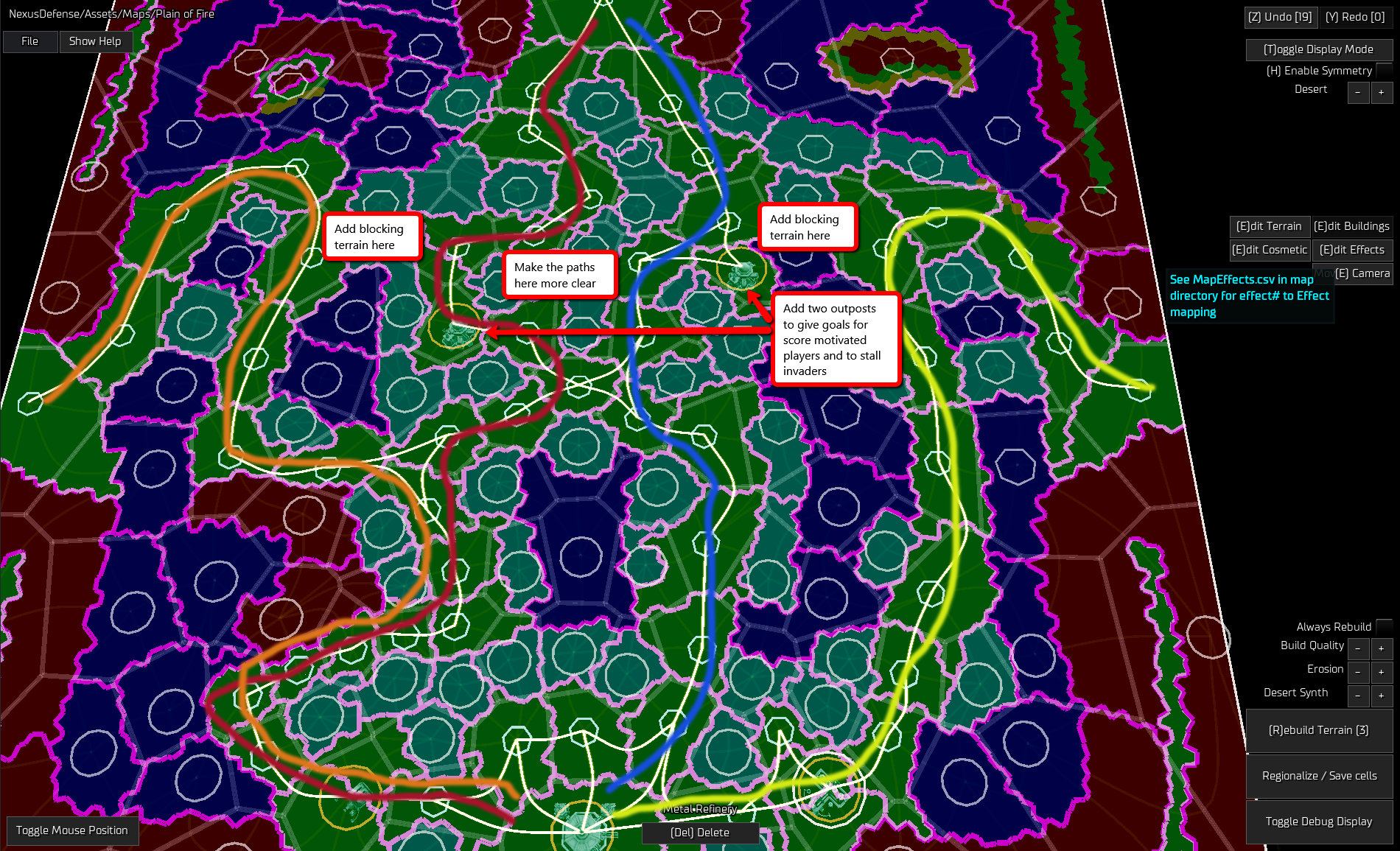 So instead I added blocking terrain in two places to make four distinct paths clear. We still have one branching path (red and blue) but it break right from the beginning. Most importantly there are a lot of interesting places to put defenses depending on what path you are more concerned about. There is a good chokepoint against orange/red and another for red/blue. You can decide to stretch your defenses to make sure the Metal Refinery or Fission Reactor is defended, or pull closer to your Colony and be able to use that tower against more threats. 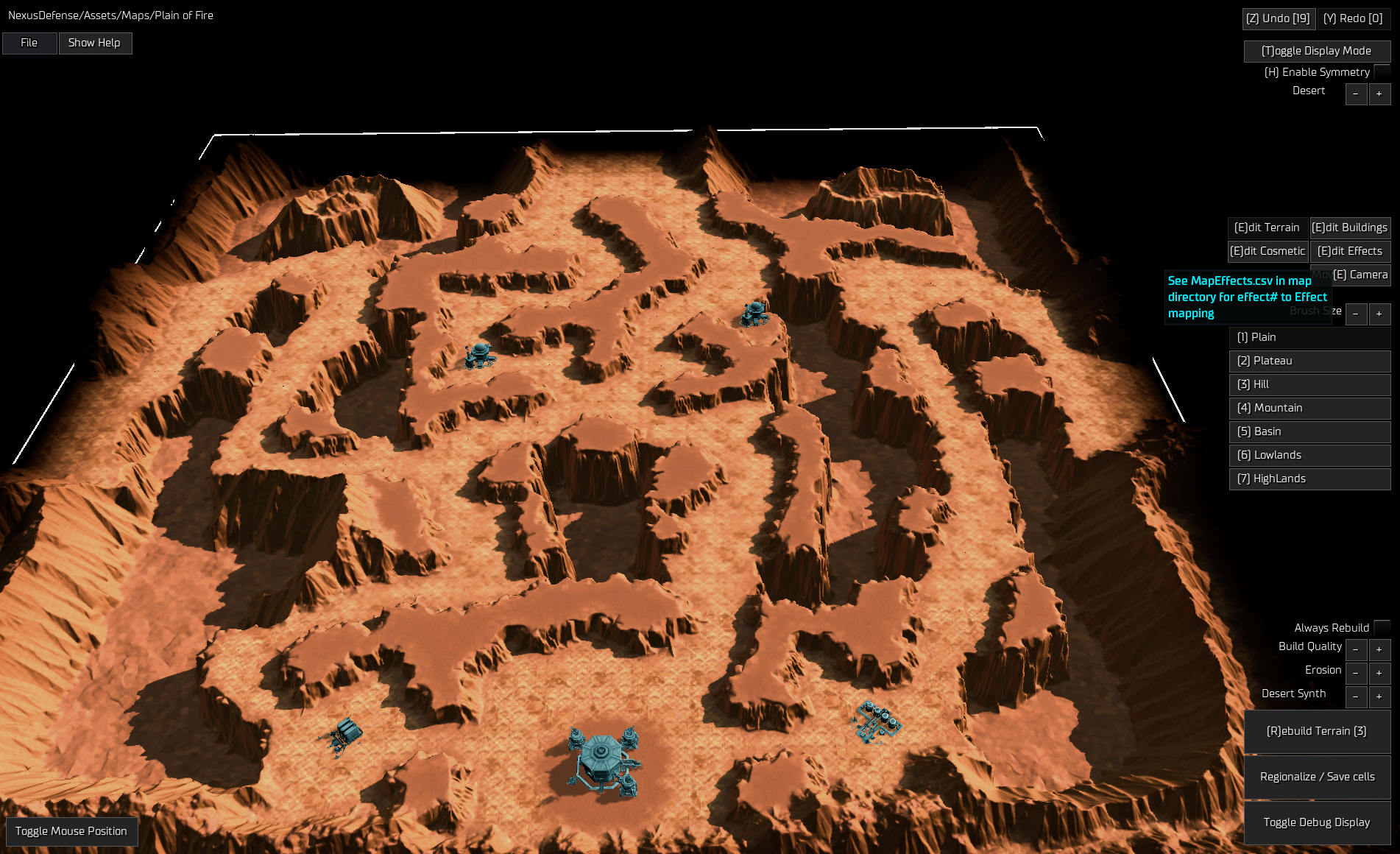 I also placed two outposts to make it more interesting, some players may decide to let those go, and others may want to defend them for the score bonus. It makes for a more strategic and fun map.