While the main game of Star Control is about exploring the galaxy, meeting various aliens, investigating strange new worlds all within a living universe, we also include a combat mini-game that we call Fleet Battles.  In Fleet battles, you assemble a fleet from a group of ships and then engage in battle with an opponent controlled by the computer, a human online, or a soon to be former friend sitting next to you.

Here is a guided tour of how Fleet Battles works.

When you load up the game, the "New Game" option is disabled since this first beta focuses strictly on Fleet Battles.  Choose Fleet Battles and you will be presented with this: 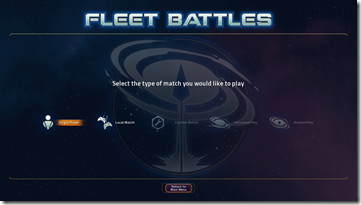 Next up, you set up your fleet.  Here you have 100 points to set up a fleet.  Each ship costs a differing number of points.  Think of your fleet as a deck of cards.  Each ship has strengths and weaknesses that can be exploited. 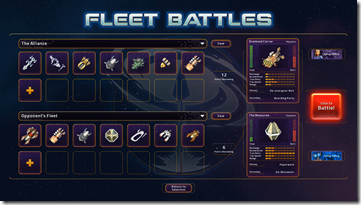 Once the battle is joined, each commander picks a ship to send into the fight. 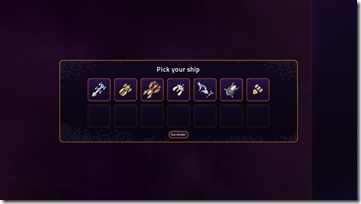 When one of the ships is destroyed, the losing player picks a new ship.  There is no "perfect" ship for all situations.  A really fast ship is vulnerable to mines and other obstacles.  A ship with a great ranged weapon is often very vulnerable to someone getting in close. 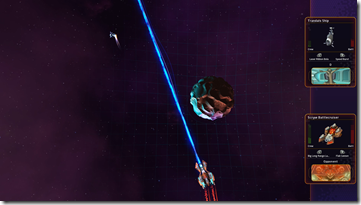 Each ship to ship battle is relatively short. Maybe a minute or two.   A given fleet might have somewhere between 6 to 12 ships depending on the selections. Thus, a given fleet engagement is typically over in around 10 minutes.

If you play ranked games, you will find yourself slowly going up in rank until you reach a point where your opponents have roughly equal skills as you do. 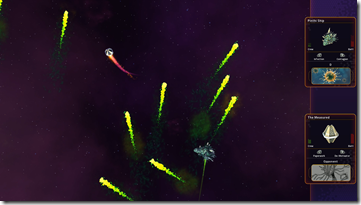 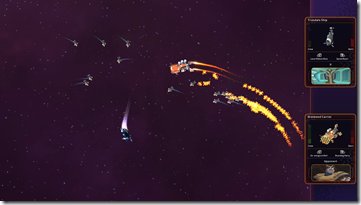 Eventually one player will emerge victorious and the cycle repeats.  Unless it's  me and I lose. If that happens then I'm going to toss the floppy disk across the screen and take the game back to Micro World. (editor's note: Brad sometimes forgets that the age of the 1541 is long over)

Another cool element of Star Control is the ability to design your own ships.  A big part of the Beta 1 series and our focus on it is to find out what cheese you guys create.  Cheese is a term where someone discovers a loophole in the design and is able to exploit it with deadly effects.  Much of Beta 1 will focus on this as players will create and share their ships online with a warning that "this ship is over powered!".  This is why the multiplayer for custom ships is disabled for the first beta.  We think we've got this covered but we're not positive enough to unleash that on the unsuspecting multiplayer community. 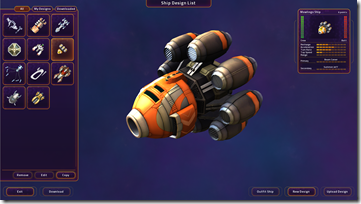 Your ship designs are only limited by your imagination. 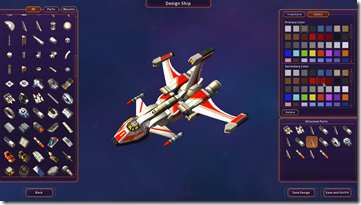 Another ship created by someone with skill.

As you can see, it's pretty easy.  So here is the ship I created: 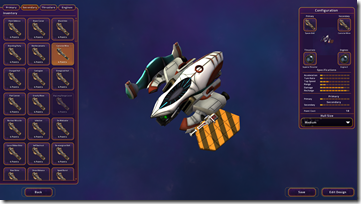 You can take your creations and share them online as well as make use of other people's creations.  The system is relatively simple. Pick a ship size which determines what components are available.  Then pick a primary and secondary ability for your ship. Then choose an engine (for max speed) and a thruster (for acceleration).  We will be adding crew and reactors later for providing more control over crew count and max energy.

Once you make your ship, you can play it out in Super-Melee. 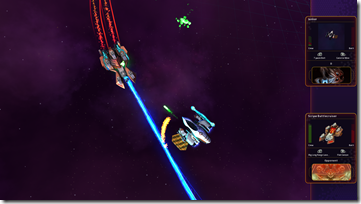 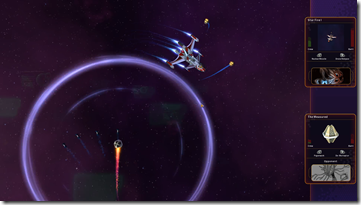 The goal of the Beta 1 series

The goal of the first beta of Star Control: Origins is to help us with balance, compatibility, eliminating cheese tactics and improving the user experience in designing ships and creating fleets.  There will be a lot of changes coming into these betas as we go forward.  For example, additional elements will be added to the combat arena such as salvage, temporary boosts to speed, crew replenishment, Precursor relics that help your entire fleet, etc.  The arena will be randomly chosen at the beginning of the fleet battle and we hope to have many different arenas available (and possibly an arena editor for players).

What we really want to emphasize is: DO NOT assume that beta 1 is representative of the final game.  It is a beta for a reason.  We think most people will really like Beta 1.  But every time I play it, I find something that has to be changed (the look of the planet or the variance in space backgrounds or a sound effect or a weapons effect or the way the planet interacts with something, etc.).  This is where you guys come in: Make sure that the final released version of the game isn't a 1.0 but is more like a 1.5 of a normal game.