This is the LAST month for monthly Star Control updates before release....because now we're moving into weekly updates because things are moving so fast. 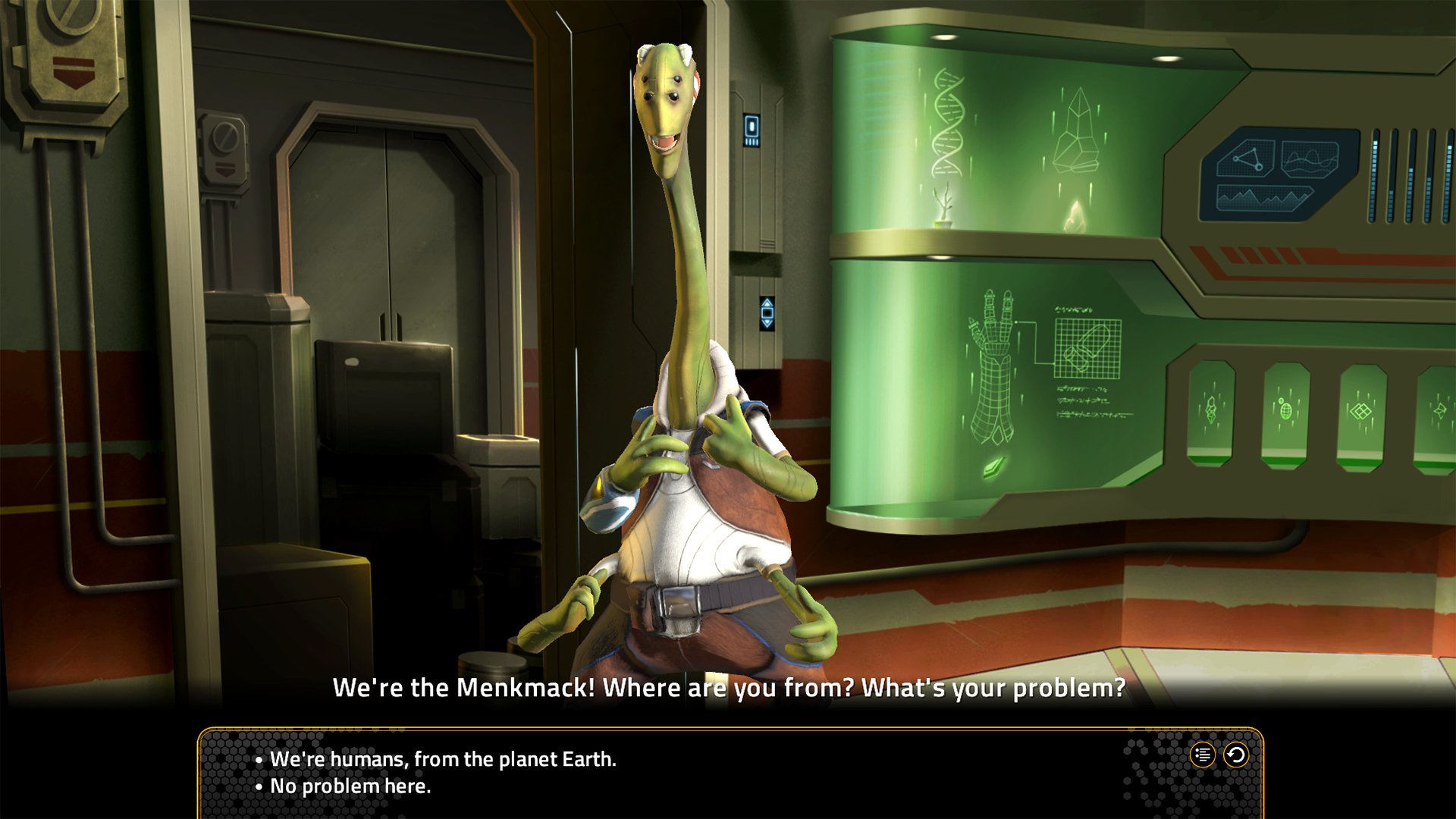 We will be announcing our official release date soon.  You may have heard that we will have a big E3 presence and we anticipate announcing the final release date then.  For those of you who are familiar with Stardock, you know we tend to run a bit "hot".  With Star Control: Origins, being that it's a role playing game, we actually have to "finish" the game this month.  That is, the..how would you guys describe this? The GAME part.  That's because we need lots of time to iterate on the story. 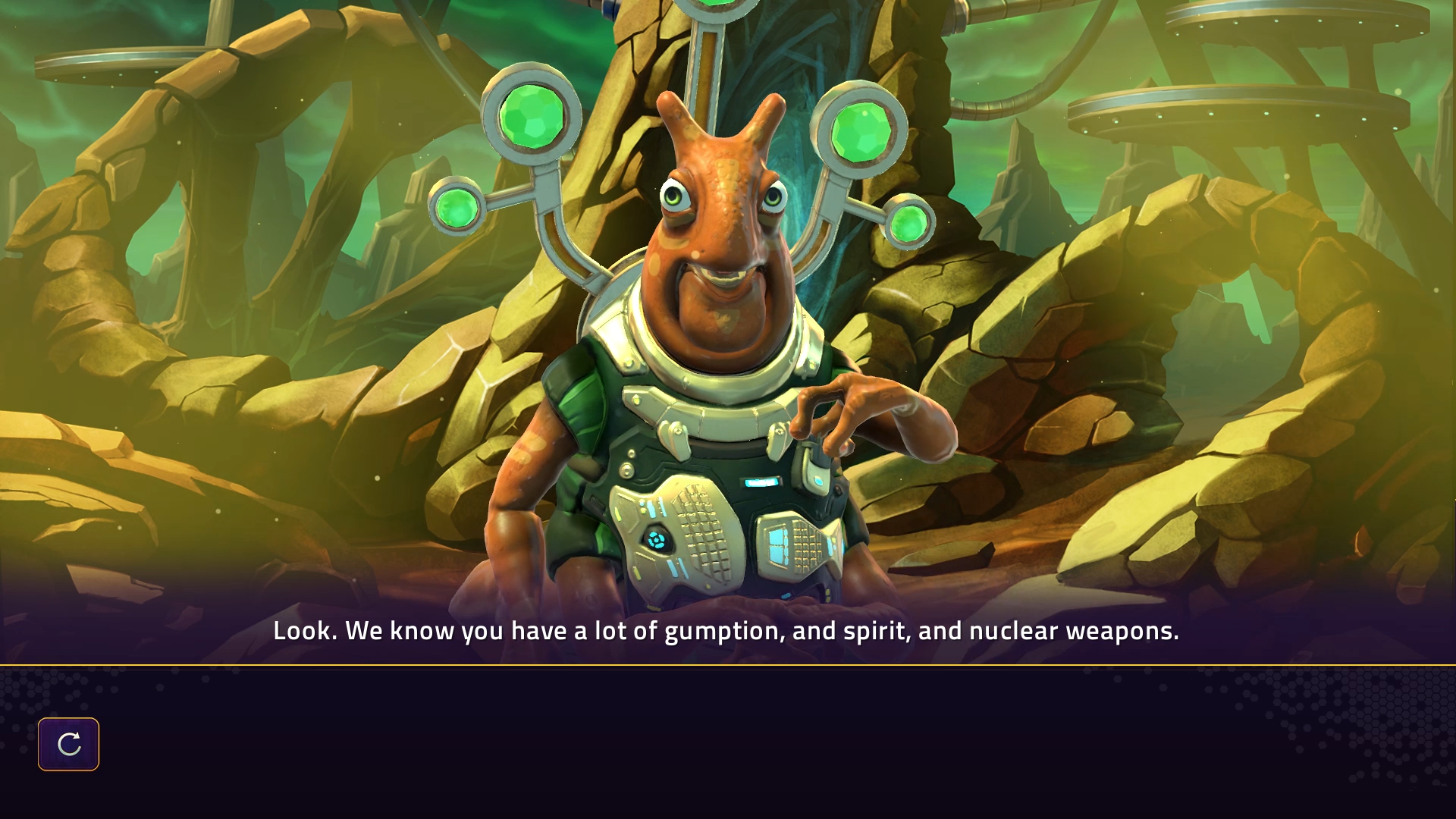 Star Control is a space RPG that focuses on the story. It's not exploration for exploration's sake
even though it's in a very big universe.

Think of your favorite story-driven games of all time.  Star Control II, my favorite story-based game of all time (Knights of the Old Republic is pretty close though) was a wonder of pacing in its day.  So for the next few months, we have to really focus on iterating story pacing.

Our lead writer, Chris Bucholz, was the first person we hired for Star Control: Origins.  You may have read his work on Cracked.com.  RPG games live and die on writing.  Star Control, in particular, absolutely relies on having a great story.  No other part of the game has gotten as much attention as the story.  The entire game design and engine was created around what we wanted to do with the story.

But story and gameplay are not the same thing.   For instance, how far, in seconds, should players spend traveling? 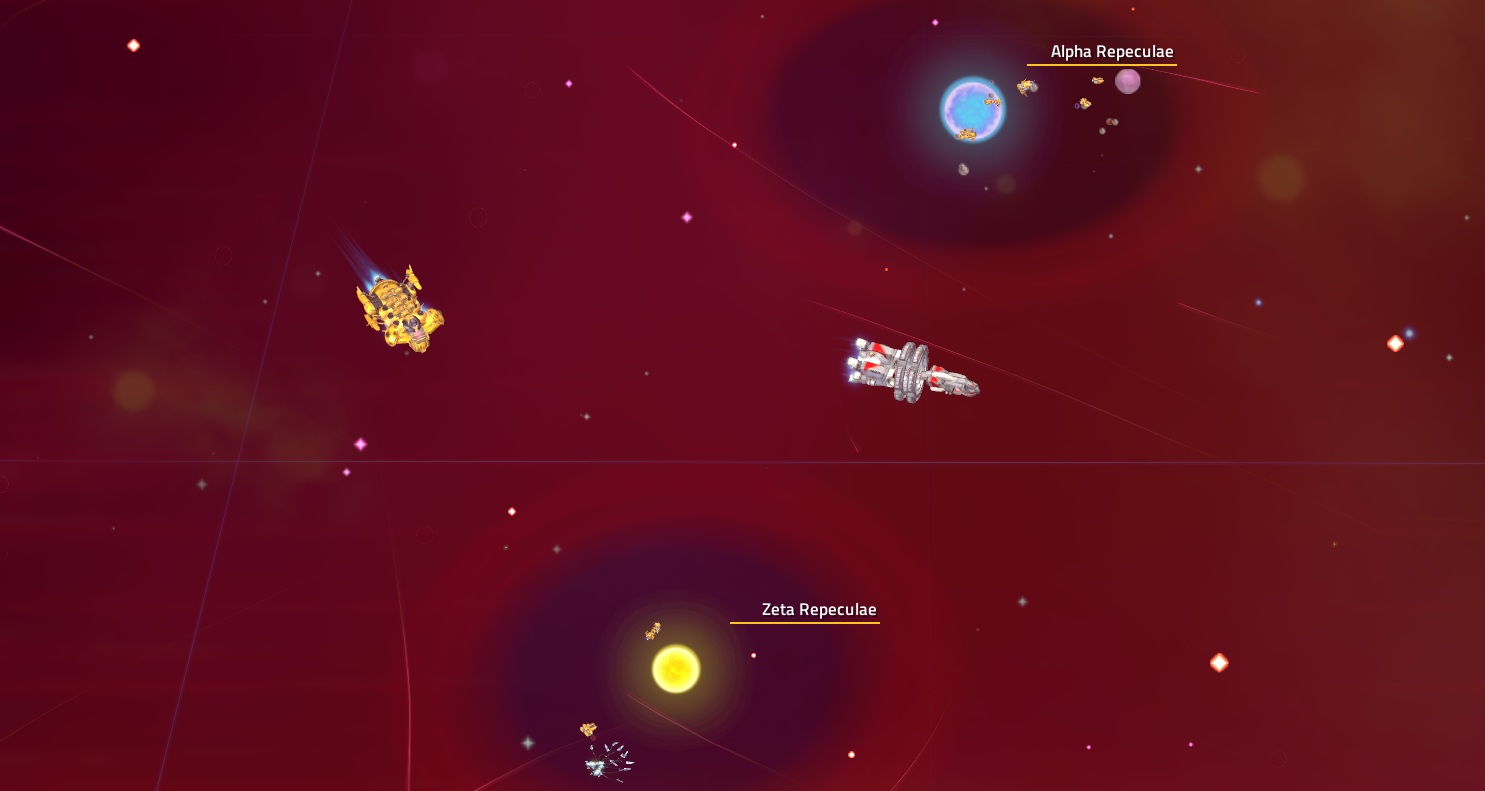 Determining how long it takes to travel and how far the stars
are all has to be very carefully crafted.

We have metrics and focus groups that pore over things like: how long should it take to fly to Neptune at the start? How long should it take to explore a planet? How many side quests should players run into? How many different, fully developed pathways to winning should there be, and how much should those paths mix together? Here's one from last week: How bumpy should a planet be? Detailed planets make great screenshots, but you have to be careful not to make them tedious to explore.

No challenge has been on our mind more than balancing the game for these three similar but definitely distinct groups.

Stardock has millions of fans and they tend to expect deep, massive, strategy games.  Star Control: Origins is not a strategy game. At all. We did not take the Star Control 3, route but rather focused on story and adventure. But...the game does run on top of a multicore AI engine. You are most definitely part of a living universe. There are no random events. At all. None. Zero.  But that doesn't mean things are scripted either.  They are determinative.  So your actions will change the universe.  When you visit a star system, there might be a dozen ships traveling around.  Freighters, Transports, civilian travelers, smugglers, pirates, military escorts, etc.  They are driven by AI and are given their own priorities to accomplish, and they don't even realize that you aren't simply another AI ship (obviously they don't know they're AI either). 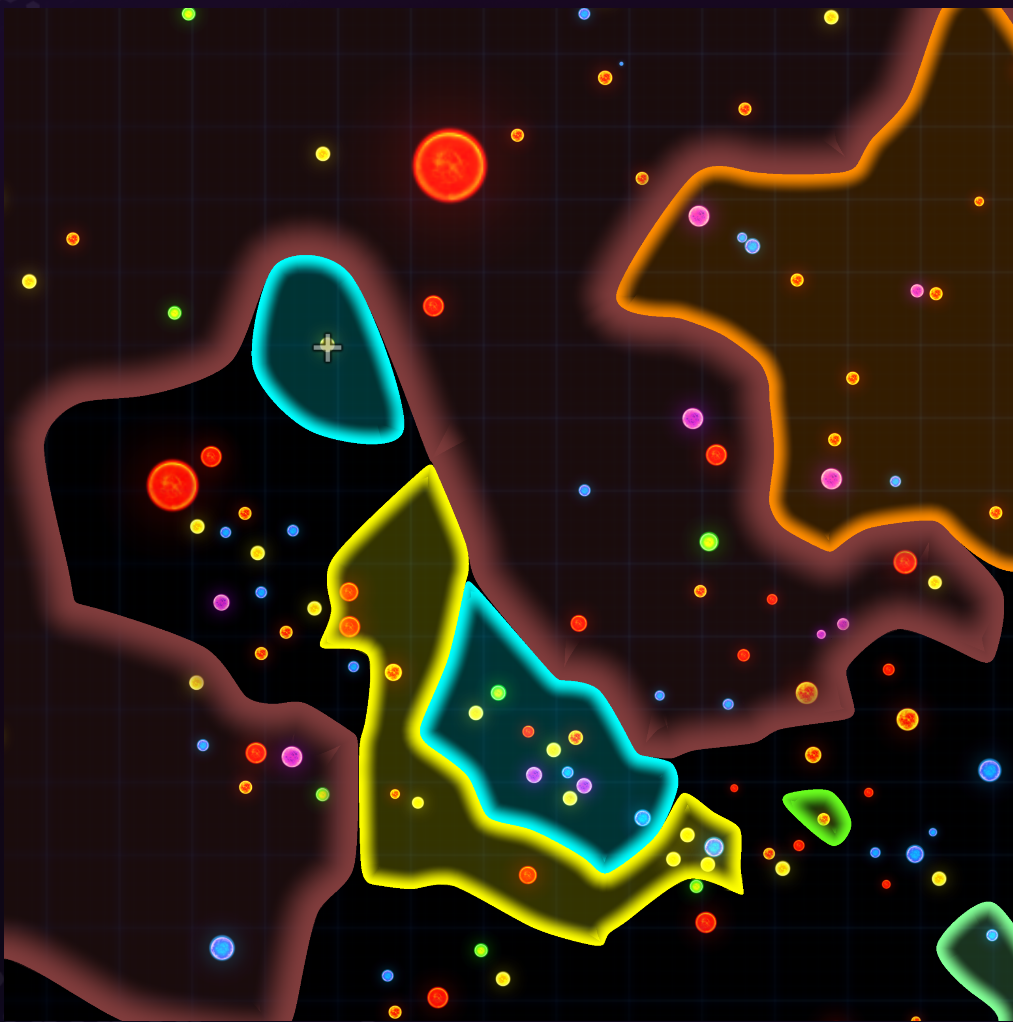 Stardock fans expect our games to deliver an epic sandbox to play in. 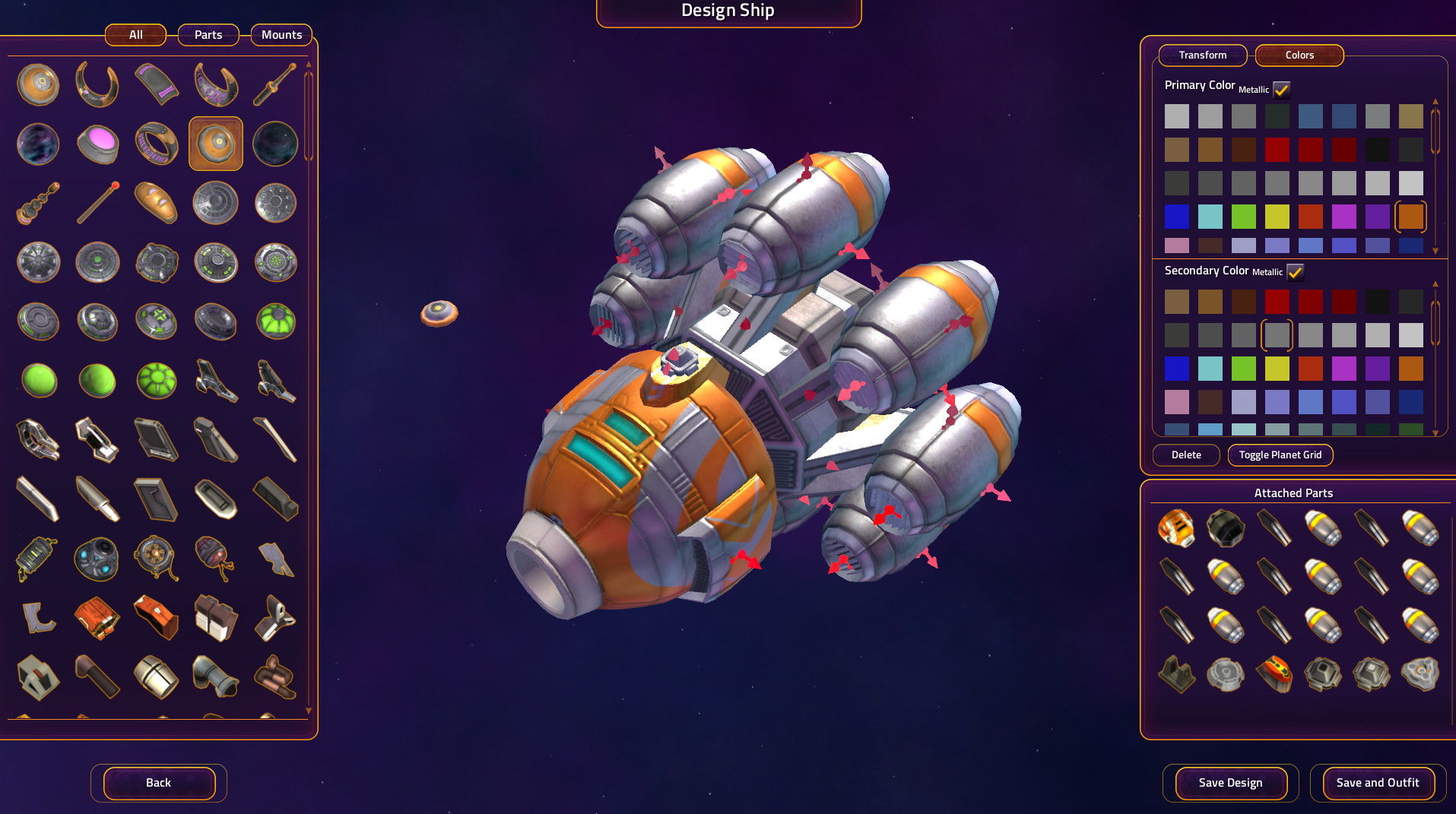 Stardock fans also expect its games to let them mod and customize anything they want up to
and including being able to create and share their own universes, stories, ships, planets, bases, stars, etc. 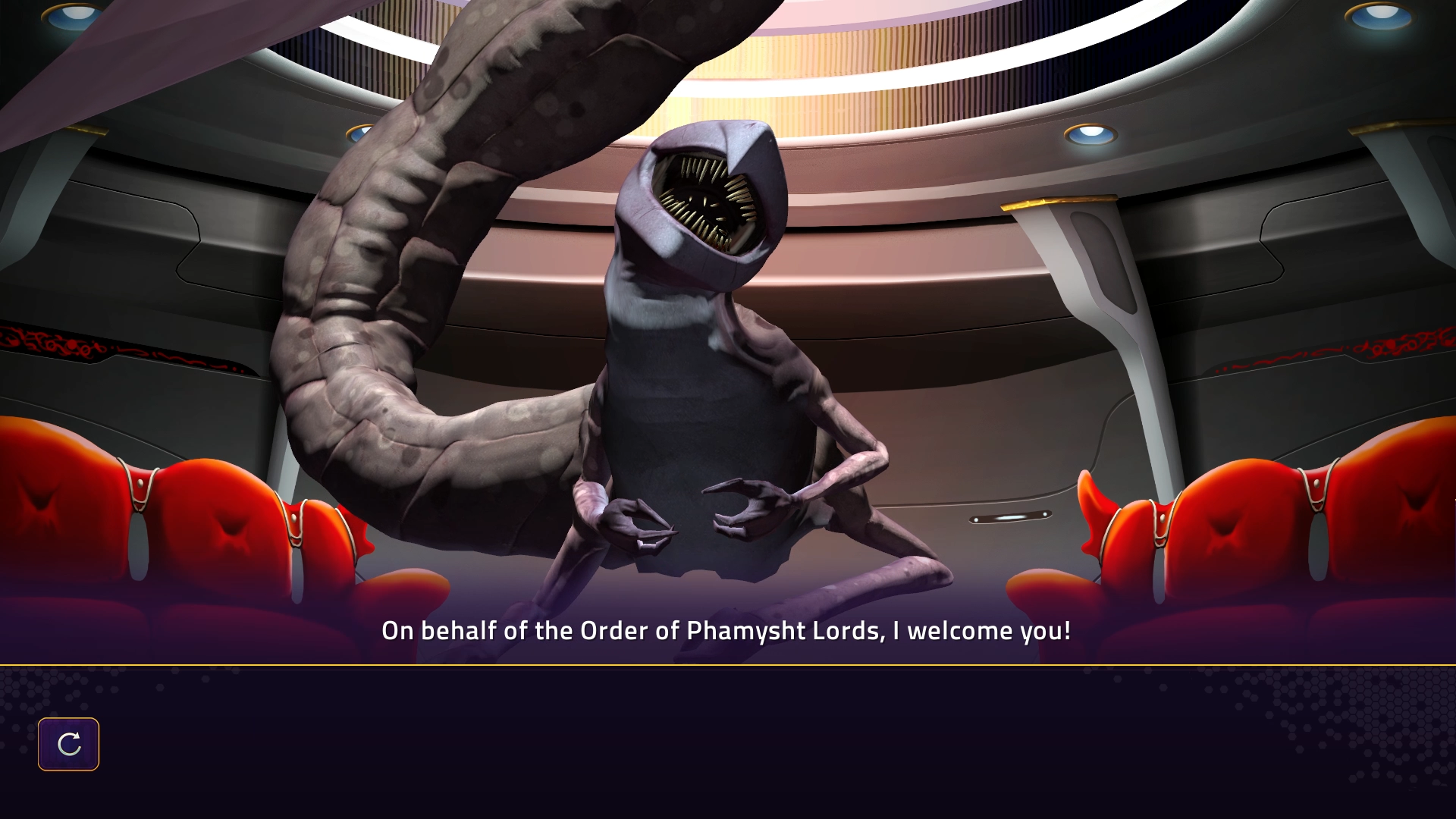 Fans of the classic Star Control series expect a game where writing, story, and lore have been
carefully considered.  It's not about the game mechanics, it's about learning about the lore of
a universe that has been busy for a long time. 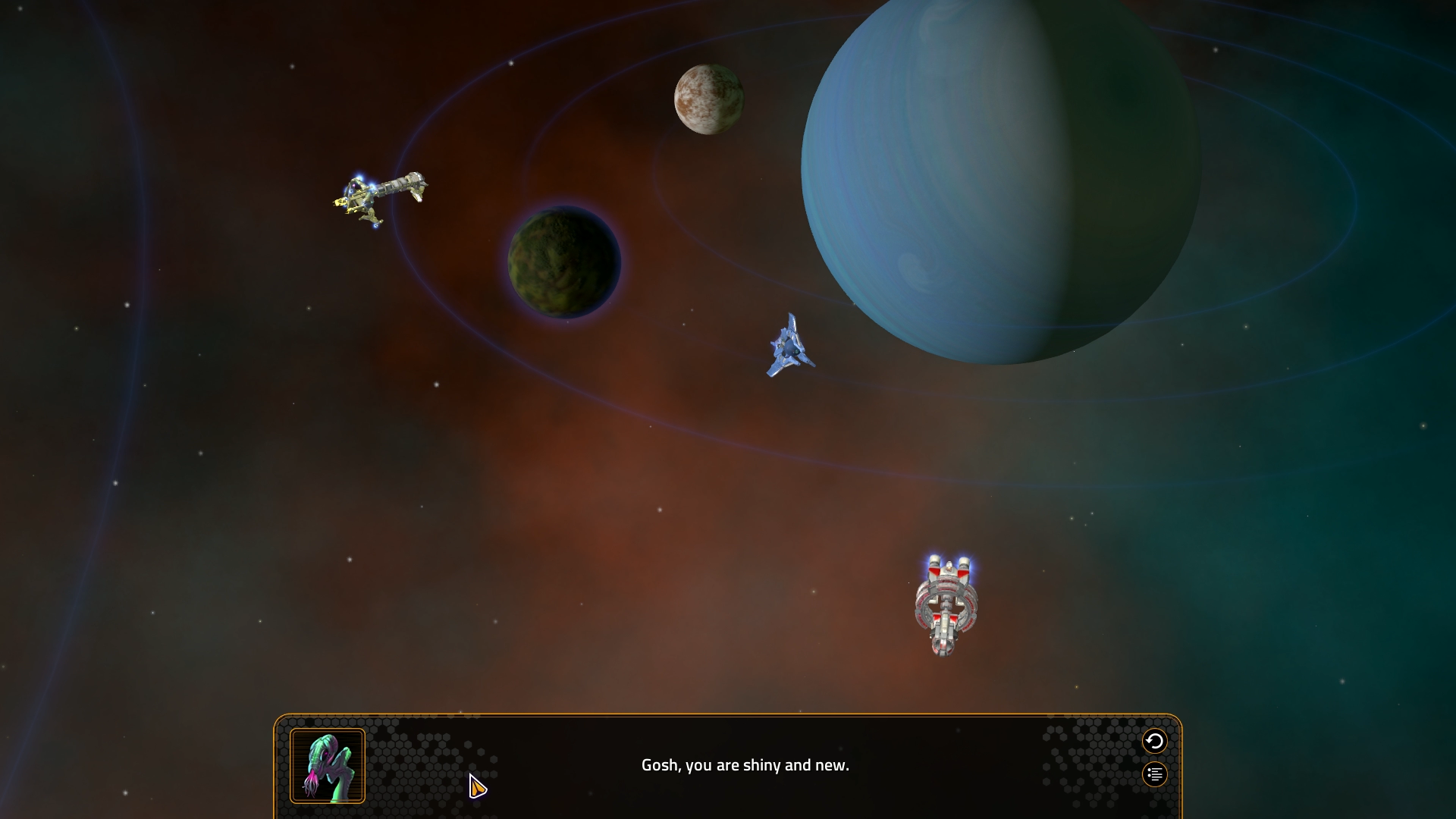 We think Star Control fans will, in particular, like that there are dozens of different
species with a great deal of history to them.

Lastly, you have new people.  I believe there are a lot of gamers who would like to see a space RPG.  Last year, Divinity: Original Sin II was a massive success.  Great story. Wonderful writing. Epic presentation.  That tells us that story-driven role playing games are in demand.   Many people are already somewhat aware that Mass Effect is considered  by  some to be a remake of Star Control II.  The question will be whether the Star Control way of delivering a story (top down versus first person) will appeal to today's gamers. 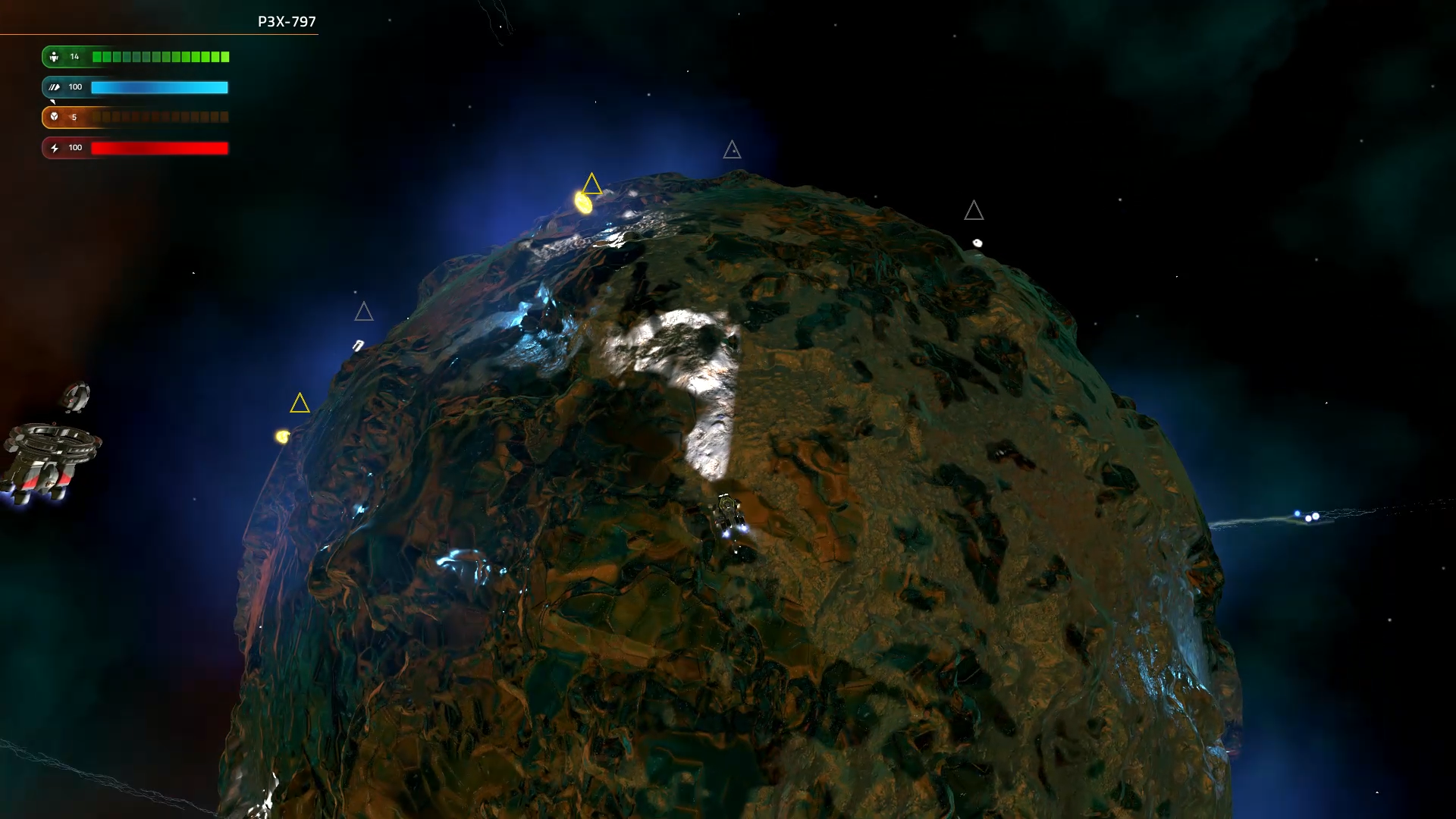 We've seen that gamers are interested in space exploration games. But they want there to be a purpose.
In Star Control you have very specific, hand-crafted, missions. There are no random quests. No random rewards.
You are exploring, but there's a reason for it. 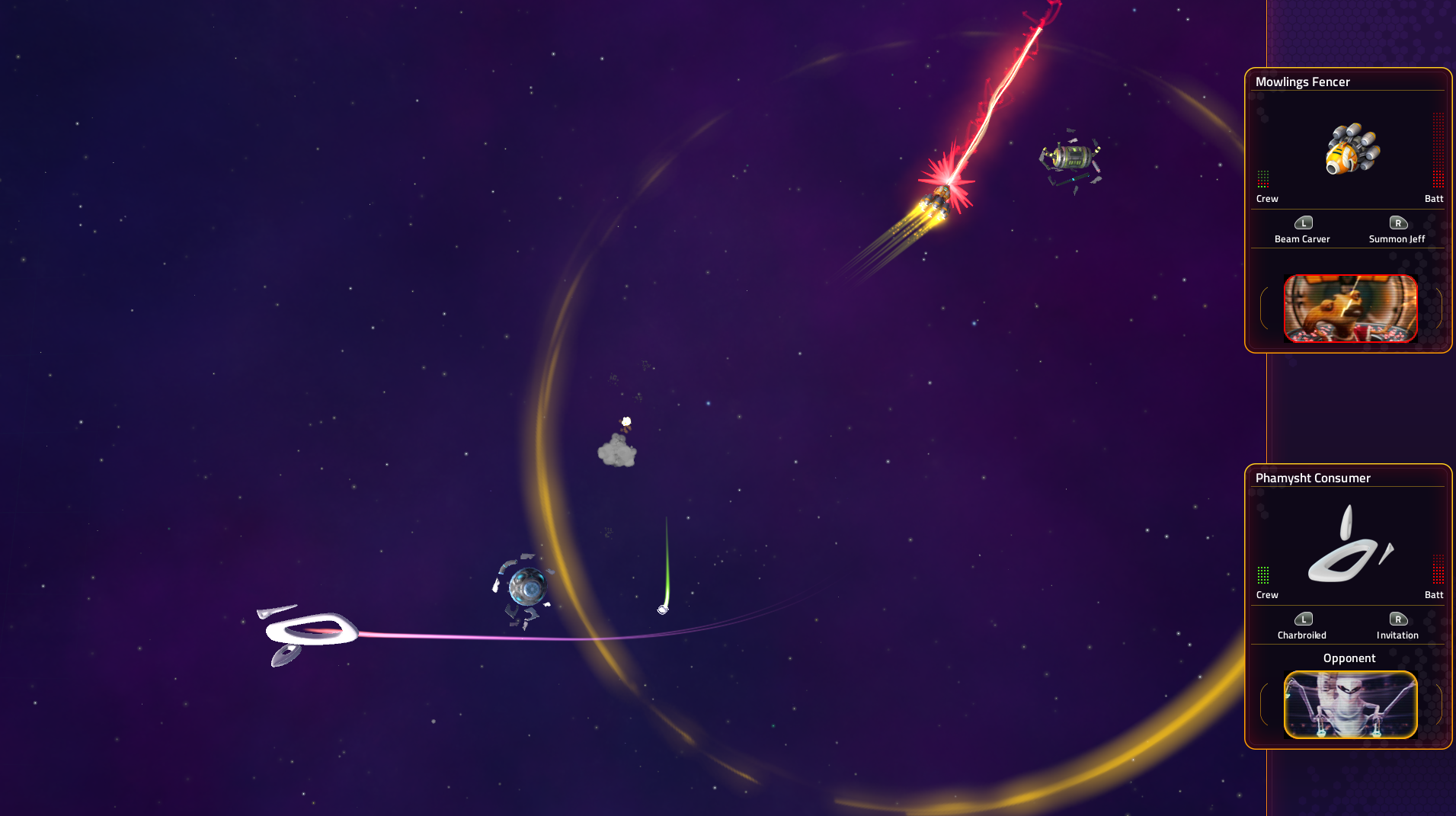 We also believe that there are gamers who would like to see space combat that isn't first-person (or third person).
Star Control's top-down action allows us to come up with all kinds of devious weapons and abilities.

I will be quietly tapping some people to ask them if I can ruin the game for them.  That is, a handful of people to play the full adventure game under NDA and give us feedback on areas to help with pacing and user experience.  If you are interested, respond here.  Note that I won't be asking many people. We will put you in the credits, it's the least we can do to rewarding your sacrifice!