Also, if some of these are non-negotiable, just TELL me! I'm not interested in beating dead horses.

This is a huge moment for mankind. Arguably, the biggest moment in history. Yet, it's treated very laissez-faire.

Suggestion: Can I recommend putting the base on high-alert? Just maybe add red, flashing lights to the opening scene with the commander. If that's also not possible, just tell me and I'll deal.

Overall control of various screens - Buttons are in multiple locations, and it's not always clear how to get out of a screen.

Suggestion: Replace this card with... literally anything else. Cycle through multiple images. Or the header at the top of this forum is a great choice - it shows a capsule summary of the game. It's visually appealing, in a great style, and very interesting to look at for what's likely to appear on the screen a couple thousand times. I would also like to recommend the addition of lore text to the loading screen, so we can have something interesting to read during the many, many loading screens.

Suggestion: Put a button that says "Leave Orbit" to head back to the solar system navigation.

Planetary Landing Energy Signals - The appearance of energy signals are not conveyed in a very clear or special way. These energy blips were arguably the most important finds in Star Control II. But here, they're practically an afterthought.

Suggestion: Before scanning for a landing zone, spin the planet to the energy signal's location, and visibly alert the player to the existence of these unidentified energy sources. At least point them out - these are the cool part!

Lander Destruction - Graphically, this part is pretty poor. It just kind of falls to pieces, but stays one whole entity at the same time. I'm guessing this is changing, but if not...

Suggestion: As of now, it feels like a robot powering down, with all the emotion that entails. If all that fails, at least throw some physics in there and have them spread around based on terrain. And have people scream as they die.

Background - There is a smattering of background stars as you're flying around the solar system, but they are low-res and pretty underwhelming: 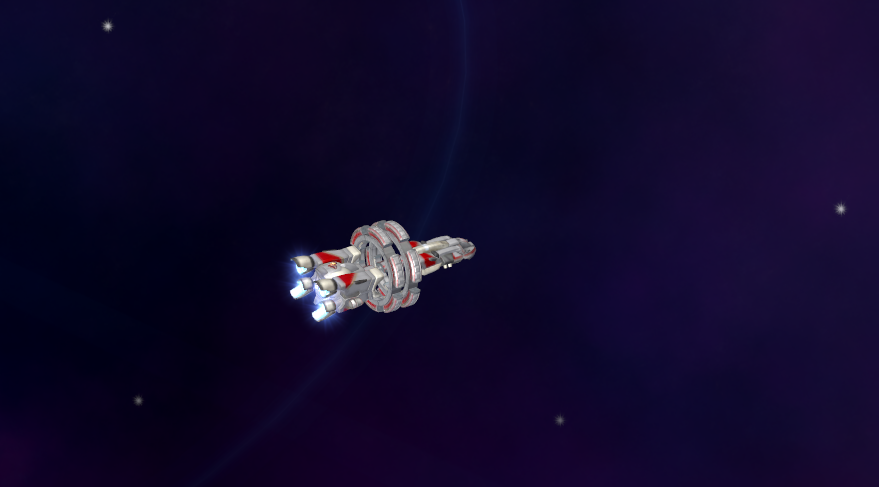 Suggestion: I'd like to recommend include many, many more stars, of varying sizes and configurations, especially when it's zoomed in, instead of the low-resolution asterisk-looking stars dotting the background.

This is the best part. There's a genuinely laugh-out-loud moment ("Sexy"), and I find their clumsy, awkward adoration of you extremely endearing. I'm pretty sure we'd become best friends, if we met in real life, and that's ace. I want a lot of lore dump here, though, so....

Suggestion: Let me ask for more background information from Wymdoo. He's hilarious and endearing, and I'd love to hear about Tywom custom, history and fanboyism. Please drop some serious lore and background if I request it, just like Fwiffo and the captain's optional dialogue about the history of Star Control.

Riku and whoever else has made such an excellent score for this game. It's truly magnificent. I'm listening to it on repeat in the background, as I type this, and it never gets annoying or repetitive. It's fun and upbeat, and truly great.

1) We need space noises. I know I've said it before, it probably sounds like a broken record, but it has to be said. *Whoooosh*. *Swiiiiiiish*. *Swoooooooort*. *HEEEEEEWWWWW*. These were defining characteristics of the solar system screen, and imbued a sense of wonder with each new system you entered. More importantly, it reinforced the vast, empty, loneliness of space in a wondrous way. Do you guys know the sound effects I'm talking about? Is that possible?

Planetary Landing - It's excruciatingly hard to aim. I've even seen Brad struggle with it in some of the vids he shows us.

Suggestion: Let us free-aim with the mouse, from a turret that rotates separately from the direction the ship is facing.

Resource Pickups - I went over a resource over and over, but couldn't figure out why it wasn't getting picked up, only to finally figure out I had 9 space left in my lander, and the resource had more than that.

Suggestion: Let us do a partial pickup, to fill the hold, and alert us with a sound effect when we're full.

Starting Ship - This ship turns on a dime, from the beginning. Are there going to be upgradeable turning jets?

Suggestion: IF not, just tell me. If so, please scale back the condition your ship is in, from the beginning. Iceberg-speed for turning, putt-putting along through the solar system. Hell, you can easily slaughter a Scryve ship with your "rustbucket" from the very first battle - AND his probe. The journey to the top should be more urgent, and noticeable.