About 2 years ago, I built my first PC. It was a long time coming - I’d been using a friend’s older computer ever since mine went up in flames (dramatic, but also kind of literal) and it was really starting to lag terribly when I played games. I had decided that I wanted to build it myself in order to become more informed about the process, since I worked at a PC gaming/software company.

I’ll never do it again, but I learned a lot! One of the most notable differences for me was moving from Windows 7 over to Windows 10 - the new menu just wasn’t working for me. Before I came to Stardock, I honestly knew little-to-nothing about desktop customization and would have had no clue that I could fix this little problem of mine using Start10.

Fortunately, my squinting at the Start menu in confusion while I tried to find things was short-lived. After firing up and testing multiple games, I finally turned my attention toward optimizing a few things on my desktop. The first was that pesky Start menu.

Look, I’m all about change - change is progress! But when it comes to my Windows experience, I’ll be honest - I’m stubborn and I like what I like. This was just so much cleaner and easier for me to navigate: 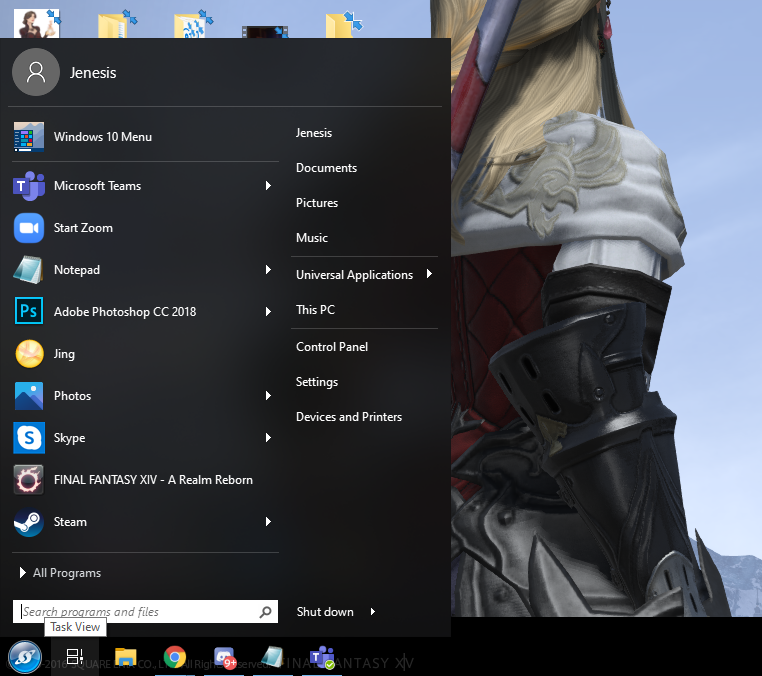 To be honest, I have pretty simple wants. It wasn’t until I started thinking about writing this blog that I started to play around a little more with customizing. I found a ton of really fun Start menu buttons over on WinCustomize and, because I’m a giant nerd, I knew immediately which one I had to have.

After adding my new button, I started to explore some of the color and transparency settings in the app. I also decided to go all-in with the theme (though I haven’t changed my desktop background yet - that’s another post!). Admittedly, the text is a little hard to see, but adjusting the transparency down to about 40% from the default 80% made it easier to look at. You could use any picture here - something personal like a family vacation or a child’s school picture, or something you’re a fan of like (in my case) Green Lantern. 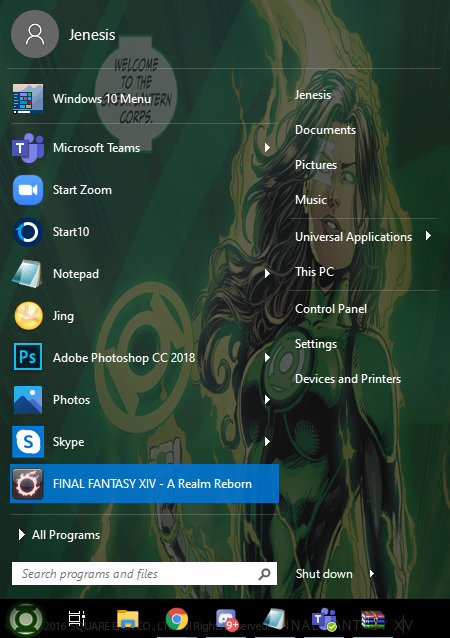 I personally like using the modern style menu, and keep my taskbar a solid black color (rather than making it mostly transparent). I tried turning it green to fit my “theme,” just to see how I’d like it, and let’s just say...there’s such a thing as TOO much color, haha!

While I have a lot of fun messing with styles, colors, and pictures, the main reason I enjoy Start10 so much is because of how practical it is. It’s much easier for me to navigate in general, plus it integrates wonderfully with Fences - which is another app I just can’t live without anymore.

How do you customize your PC? What kinds of Start10 options would you want to try?