I’ve been reminiscing about college a lot, lately.

In particular, I have been remembering my “Studies in Genre” class. The class consisted of a lot of peer discussion and literary dissection as we broke down what elements made a particular genre that genre (Science Fiction, Fantasy, Historical Fiction, etc.). Our professor equated it to being like a recipe: all of these different elements combine in a pot and out pops your genre (I am positive she had a much more eloquent way of saying that).

That class is particularly memorable because one of the things we did was each person took a turn once a week and cooked something and brought it into the class, doing a small presentation on the recipe’s elements and what makes that recipe a recipe. People brought in such unique and interesting foods, many of them old family recipes or cultural specialties. I loved it.

Anyway, all of that is to say that I have been thinking about “genre” and how it applies to the games I work with and consume. There are far more genres and ideas than I have time to touch on here in a single blog, so today we're going to focus on one of the big ones for us here at Stardock:

Given that we’re Stardock, it only seems natural that we’d start with the strategy genre. Most of what we make comprises several different sub-genres that all fall under the larger umbrella of strategy. Overall, what makes strategy, strategy?

At its core, strategy games involve high-stakes decision making. In other words, the choices a player makes has extreme significance in determining the outcome of the game (ie, win or lose). Most strategy games require internal decision-tree style thinking and high situational awareness (which I have very little of, personally).

There are obviously different types of strategy games that all sort of have their own distinctions, but still fall under the strategy category. We happen to have games that fall into most of them. 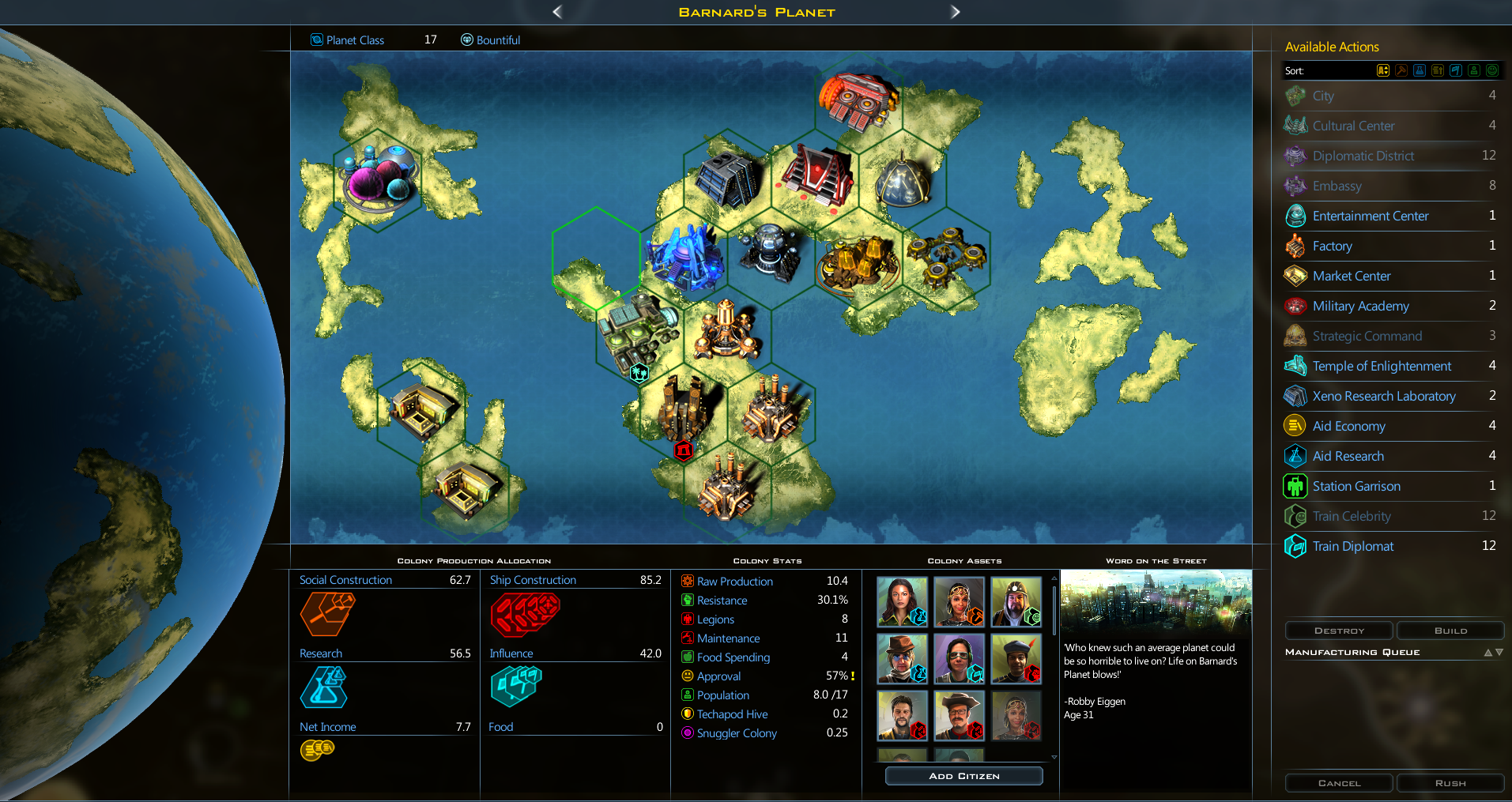 A screenshot from Galactic Civilizations III

This is probably one of the most recognizable strategy game types for us here. The game that started it all for Stardock, Galactic Civilizations, is a 4X game, one which has spawned numerous sequels, expansions, and DLC. The 4X genre breaks down into needing four specific things:

Explore  - scout across a map and reveal surrounding territories

Some other notable games that fall into the 4X genre are Sid Meier’s Civilization series, Master of Orion, Endless Legend, and Stellaris.

What are your favorite 4X games? 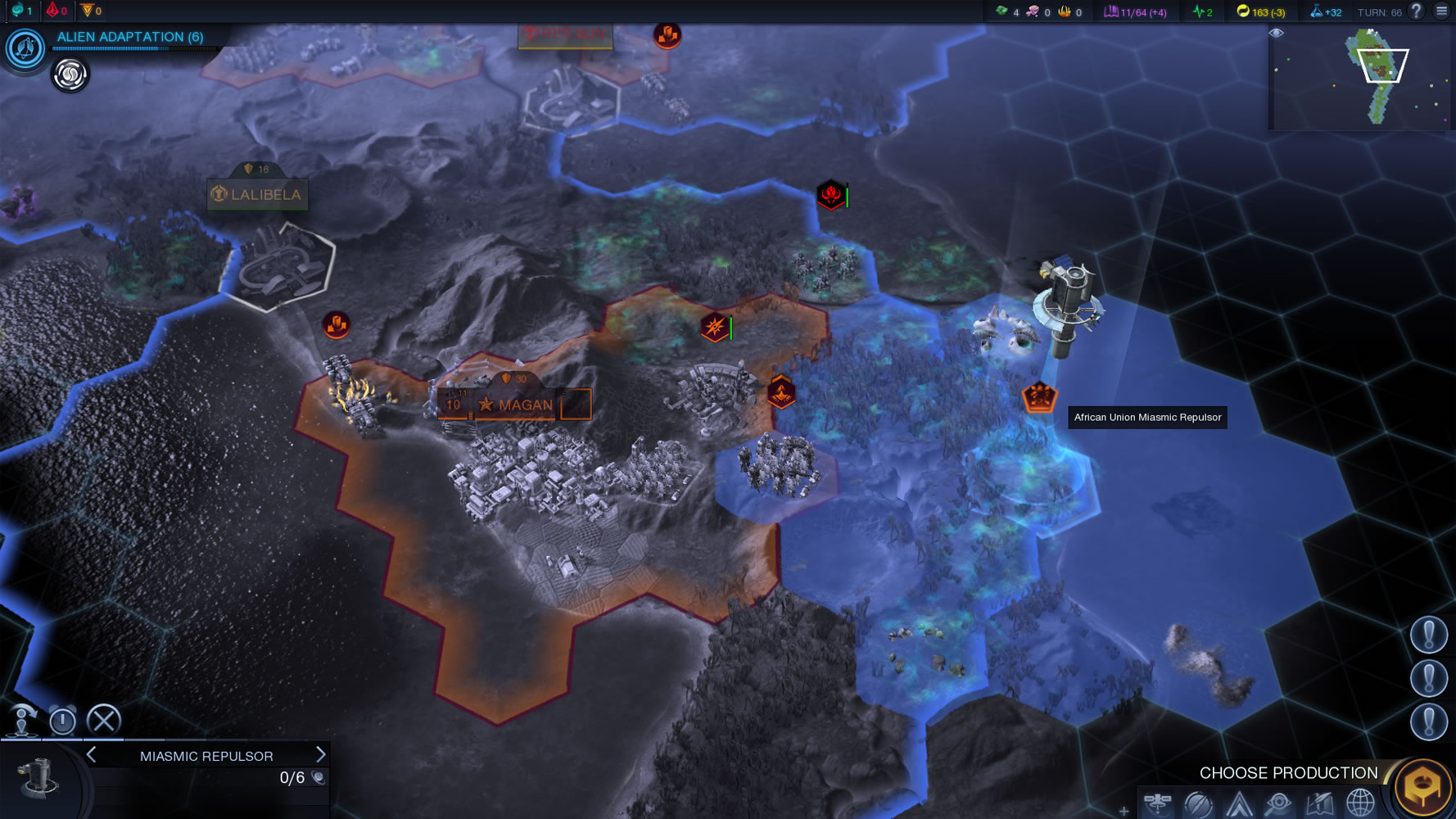 A screenshot from Sid Meier's "Beyond Earth" game

RTS - or Real Time Strategy - games are a little more my speed (though I admit I am terrible at them - I simply enjoy them more). To succeed at these games, one must be extremely aware of their surroundings (I’m not), quick to react (I’m like a snail), and have some foresight into the kind of tactics their enemy might employ and how best to counter them (seriously, I’m just here to have a good time).

RTS games happen in real time with continuous action, unlike their 4X counterparts, which are turn-based. In RTS, your decisions and actions are made against a backdrop of constantly changing variables, usually controlled and perpetuated by another human player. You will need to gather resources, build bases, and research upgrades to make your armies better, stronger, faster, etc. You get the idea.

Our popular RTS games here at Stardock are Ashes of the Singularity: Escalation and Offworld Trading Company, which we published for Mohawk Games. Sins of a Solar Empire: Rebellion also falls into this category, although it is unique in that it also applies to the 4X category as well.

What are your favorite RTS games? A screenshot from Ashes of the Singularity: Escalation

Ah, the classic and wonderful tower defense game. This is, honestly, where I feel most comfortable among the strategy genre (although I still definitely would be hard-pressed to call myself skilled).

The goal in a tower defense game is to defend your territories by stalling and obstructing enemy attackers, which is usually done by placing defensive structures on or along the path of attack. This type of game occurs in real time, just like an RTS, but still warrants its own category due to its unique style of play.

When designing Siege of Centauri, the team had to try and keep in mind all of the things that make the genre fun and exciting while also adding their own twist to it. In our case, it’s the sheer number of enemies that you’re defending against that ratchets up the tension and gets your pulse pounding. Some other favorite popular tower defense games include Plants vs. Zombies, Defense Grid, Kingdom Rush, and Orcs Must Die!

What are your favorite tower defense games? 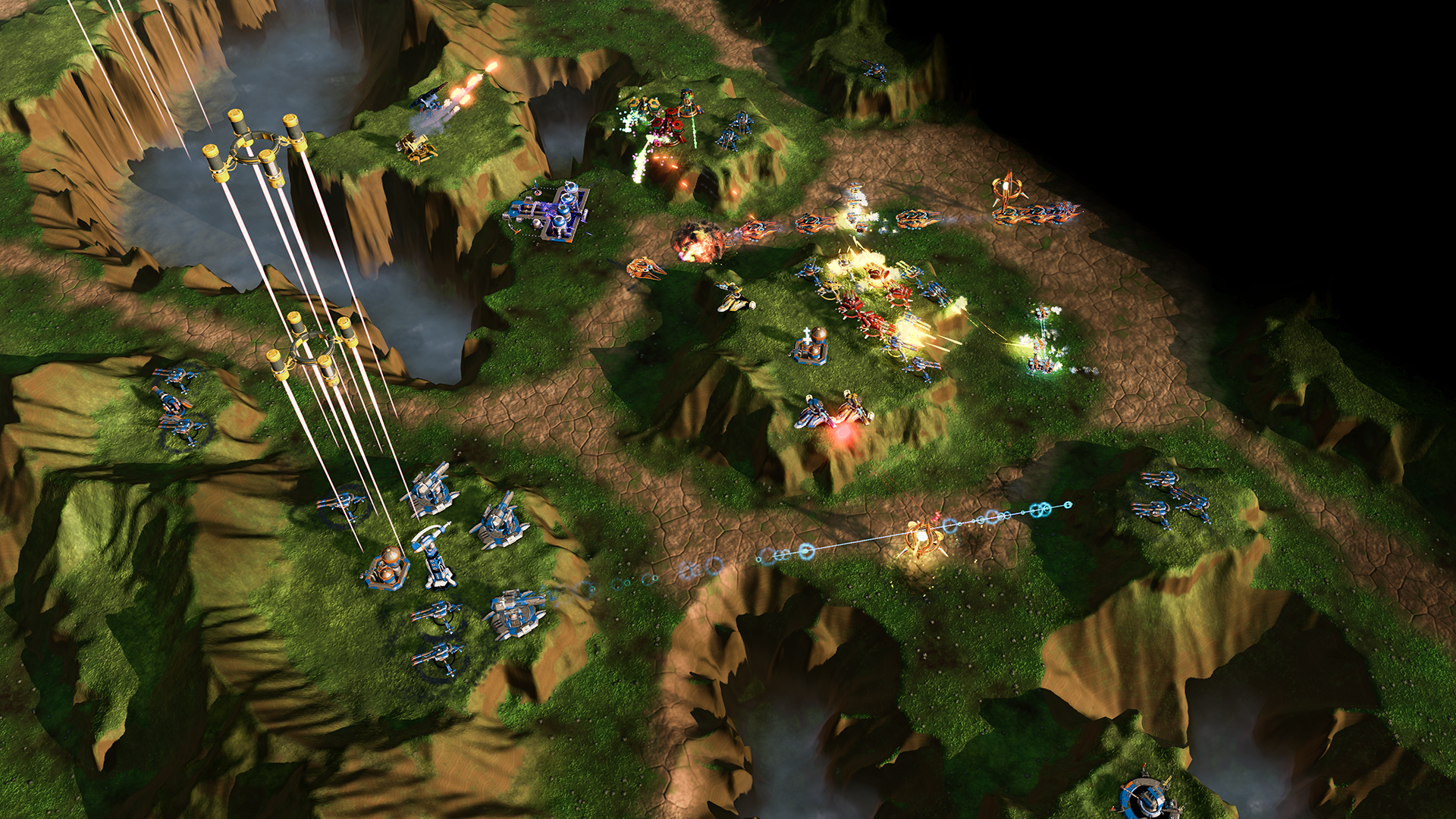 A screenshot from Siege of Centauri

My favorite kinds of strategy games usually skew toward the kind that you play on a board sitting at a table with a few of your friends, but I do have a few games of the video variety I enjoy.

My first taste of the strategy genre was with Starcraft when I was around 12 or 13 years old, and then a few years later I discovered the Heroes of Might and Magic games. I still play HoMM III when I’m feeling nostalgic. These days, I do enjoy when I have the time to revisit Siege of Centauri and do some work with that - tower defense might just be one of my favorite areas of strategy gaming.

What strategy sub-genre do you like best? Is there one I missed that we should talk about? Let me know in the comments!