The Internet is a wonderful place - most of the time. You can stay connected with friends and family who live far away, learn new information at the touch of a button, and play games with people no matter where you are! Unfortunately, with every great thing there often comes a vice - and in the case of the Internet, that means scammers.

There’s always going to be someone trying some new way to take advantage of others who don’t know any better. Plenty of us have been online long enough that we can see these scams from a mile away, but every once in a while these people innovate something new that might catch us off our guard.

Just the other day, I received a message on Discord from one of our community members who wanted to make me aware of a strange DM they’d received. In it, the scammer made contact on the premise that they had accidentally reported the community member’s account to Steam for some fraudulent activity.

The scammer asked the community member to help them talk to the “Steam dev” to explain the situation and even went as far as to say that the Steam developer wanted them to both add him on Discord to discuss. In all likelihood, the intent of the plan would have been to get the community member to hand over the authentication key they would have received in an email for a password reset. Just a note: VALVE WILL NEVER ASK YOU TO DO THIS. 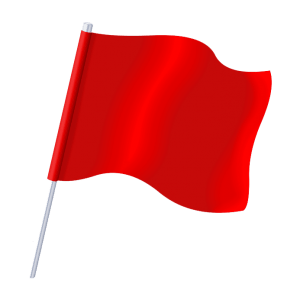 Fortunately, this threw up a red flag to our community member right away, who didn’t go any further and wasn’t scammed out of their information. They messaged me and before I even had a chance to talk to our other Community Managers about it, they’d already banned the offender.

Apparently, this scam isn’t really all that new. When I did some searching online I discovered reports of it in Steam community forums and in other places like Reddit dating as far back as 2019. I actually got a Steam message exactly like this myself about 3 months ago from someone on my friends list.

My encounter ended somewhat humorously when I said I’d just contact Steam myself and fix my friends list - they obviously hadn’t realized they hit up someone who works at a gaming company.

They unfriended and blocked me very quickly after that and I didn’t think anything more of it until I received that Discord DM over the weekend. 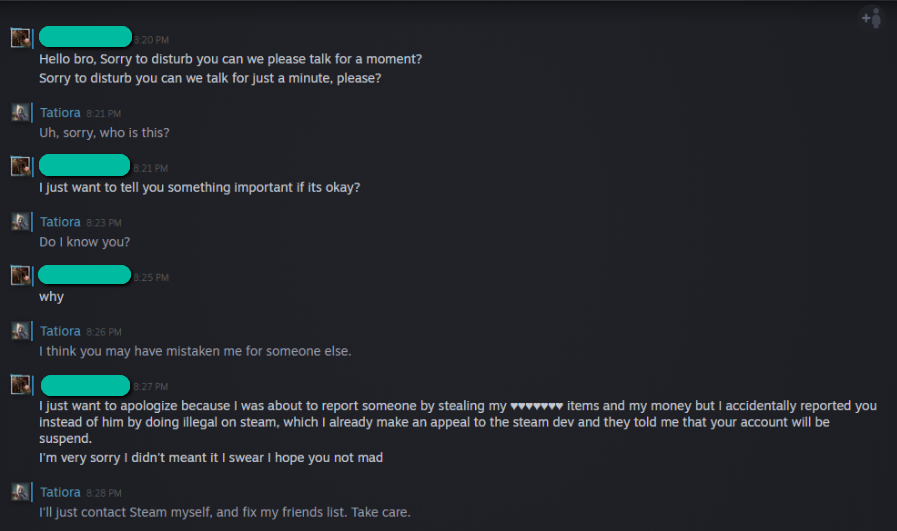 It surprised me that it wasn’t contained to Steam - but, as I said above, these scammers will try just about anything. One of the aspects of my job here at Stardock, actually, is receiving and reviewing email requests for game keys. There are, unfortunately, a lot of scammers out there who attempt to impersonate legitimate YouTube channels in order to get a few free keys that I’m certain they turn around and resell immediately. There are plenty of tricks they try, and in my 5+ years here I’m sure I’ve missed a few but I like to think that I’ve protected us from a fair number of dishonest solicitations.

As I’ve said before, if you spend a lot of time online, dodging scams like these is just part of the landscape these days and have become pretty easy for us to identify. Still, I wanted to write this blog to raise a bit of awareness and remind everyone of a couple of key things.

While this might seem obvious to most of us, it isn’t always to everyone and it’s just as important to be aware of the problem as it is to be kind to anyone who has been taken advantage of. It could happen to anybody! These people prey on fear and an impulsive sense of panic that they try to instill in you in order to get what they want: your information. Don’t give it to them!

If you see anything suspicious in any of our Discord servers, please make sure you message one of the moderators and we’ll get it taken care of. We want to continue to curate fun places online to hang out, share adorable pet pics, and play games together.

Have you ever been contacted by a scam or worse, fallen for one yourself? I’d like to hear about your experience.