Last week, Microsoft released Windows 11 – a new OS - and with it a big marketing push to convince all of us to upgrade. At nearly the same time, we also made available our first release candidate of Start11 to help you create a more personal and productive Start menu and taskbar.

This is an exciting time for fans of Windows, as this is the first overhaul of the visual elements of the OS since July 2015 (when Windows 10 was released). With Windows 11, Microsoft is changing up the formula and providing a new look for the classic operating system.

One of the interesting things about StartX products is that it's not just about enabling a Start menu from previous versions of Windows. Especially with Start11, we are going beyond enabling classic features and updating the application to support new experiences like modern adaptations of previous menus, and also bringing the Windows 11 style menu to Windows 10. 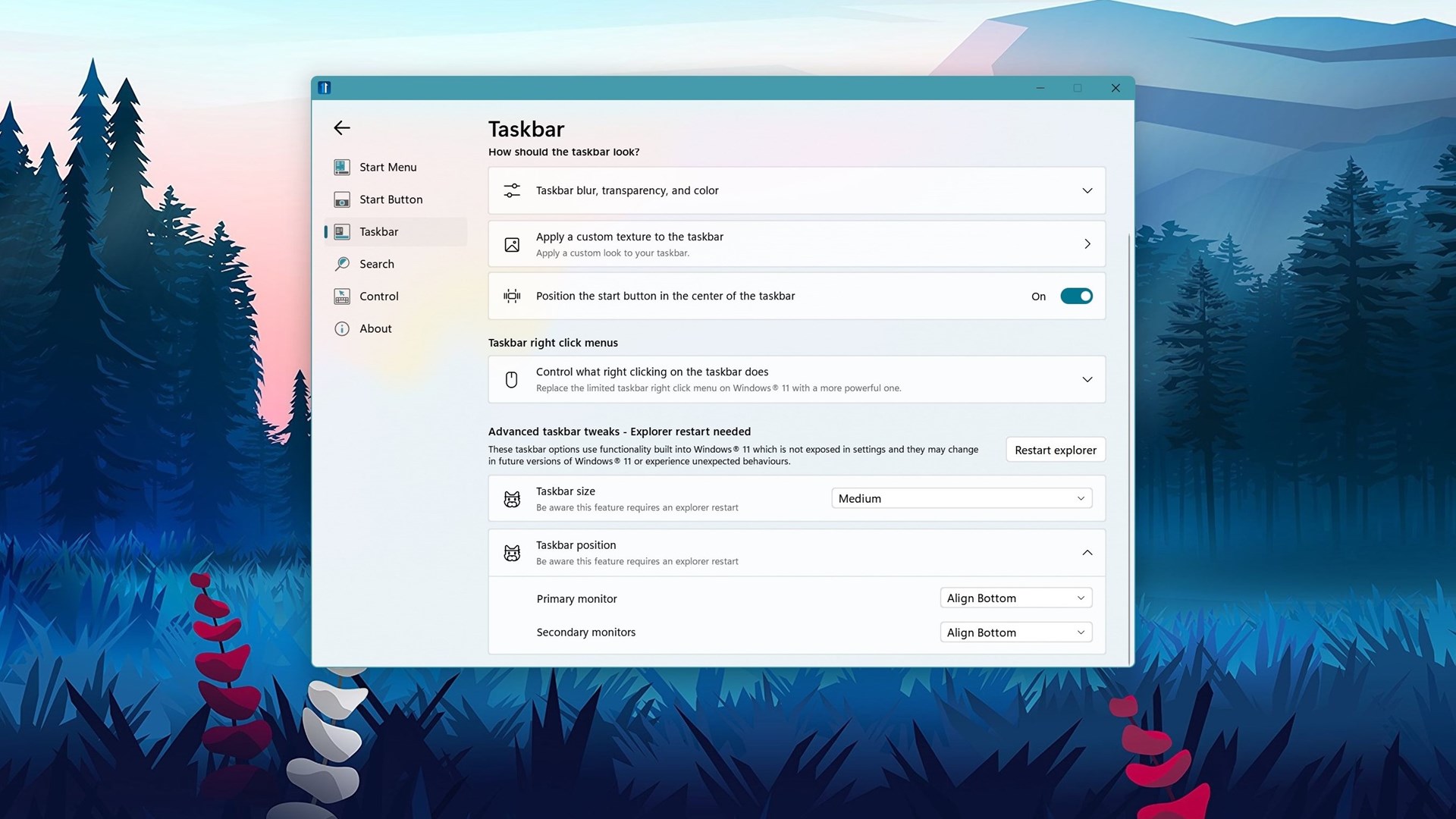 As an example: the taskbar. While it's convenient that Start11 brings back a context menu that has more than one option, Start11 also enables the ability to change its size, color, texture, position, blur, and more. The taskbar is critical to everything you do on Windows, and Start11 lets you customize nearly any aspect of it.

Stardock software is about making your own devices feel more personal, and oftentimes, more productive. Windows 11 was made to fit the needs of 1.3 billion Windows devices but if you don’t fall into that bucket that Microsoft has decided is good for everyone, well that’s why we built Start11.

And with Windows 11 coming out last week and our release of RC1 of Start11, we are staying true to the idea that Windows should be personal and productive. Of course, to get the most out of Windows and to customize every part of the platform, make sure to take a look at the Object Desktop suite.

The release last week was a big milestone for the team, but we are far from done. We have many more features to add, bugs to squash, and feedback to absorb as we build out a tool that we know will be the premier application for making your Start menu more personal and productive.