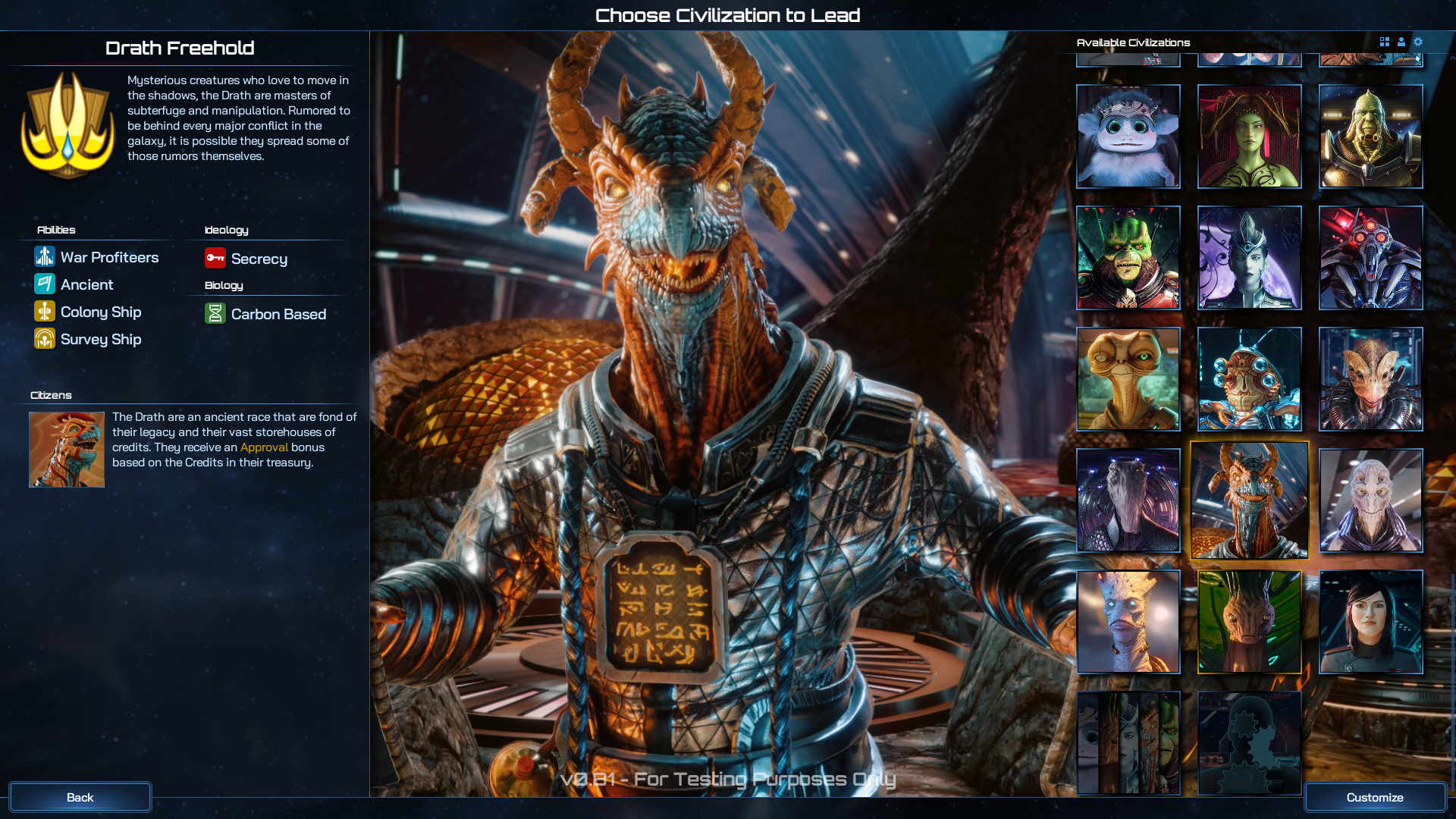 In the darker parts of the galaxy, hidden deep within the shadows and whispering words of deceit, are the Drath. You’d best be careful, because out here… there be dragons.

New to Galactic Civilizations IV, the Drath are an ancient race of mysterious creatures who are most at home in the shadows. Masters of subterfuge and manipulation, they are rumored to be the source behind nearly every major conflict in the galaxy - a rumor that is entirely possible they spread and perpetuated themselves.

The ideal of “money makes the world go ‘round,” is one that the Drath can support. They are fond of their legacy, but even fonder of their vast storehouses filled with credits. In fact, they are especially known for being able to turn quite the impressive profit by playing all sides in a conflict. Although plenty of their galactic neighbors seem to raise an eyebrow at the idea of war profiteering, the Drath don’t seem to mind a 200% bonus from trade routes established with warring civilizations. 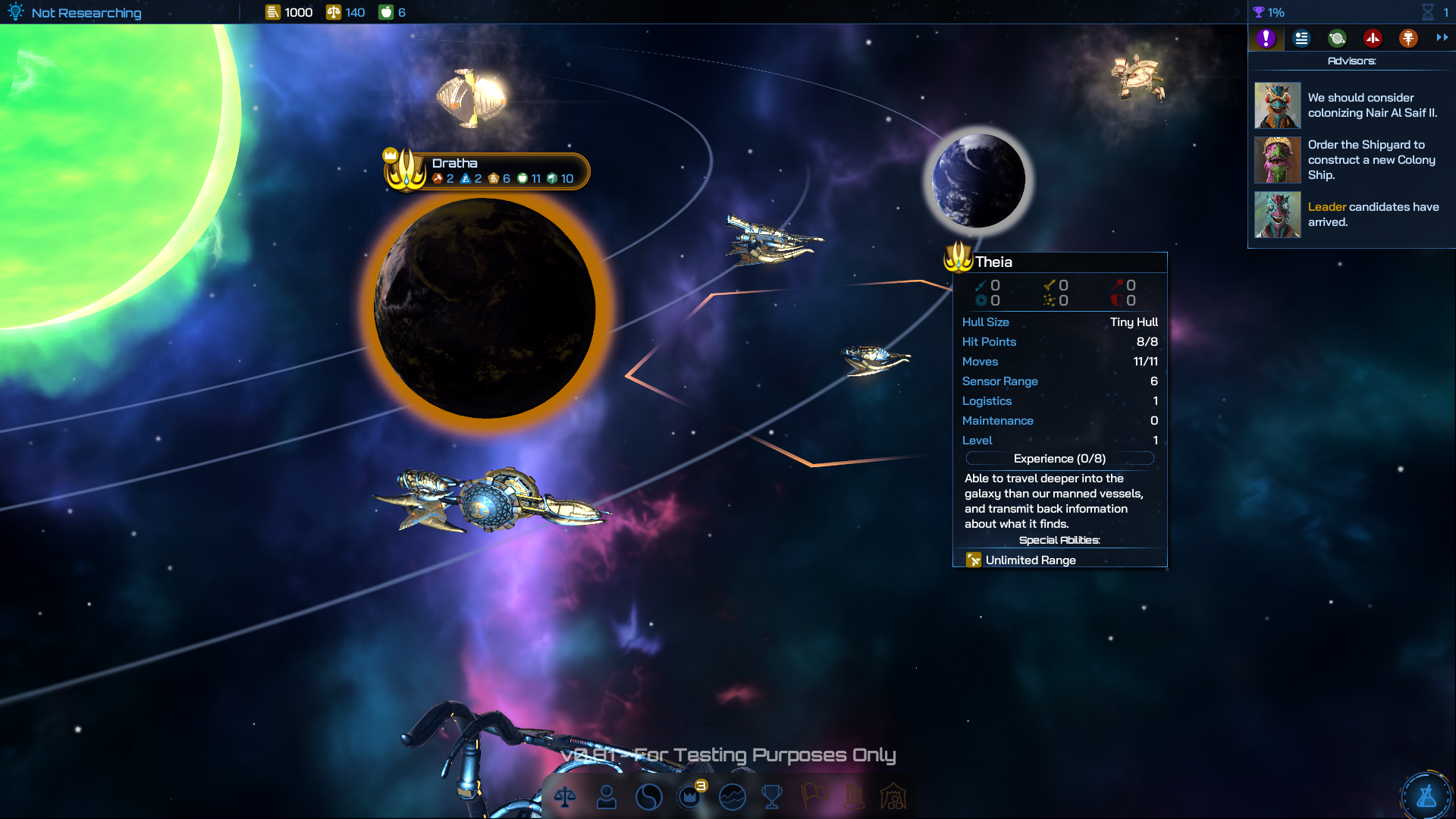 For reasons that most other civilizations don’t understand, the Drath have a fierce and intense hatred for the Altarians. They claim that they originated on the planet Altar and that they should be the rightful rulers, but most people - including, perhaps unsurprisingly, the Altarians - don’t see how that could be possible.

The Drath have built their entire empire on secrecy, an ideology closely followed by their leadership to this day. They believe that secrets are a critical part of their success as an empire and are proud of the secrets they have been able to keep from other civilizations - as well as the secrets they’ve kept from their own citizens.

Clever and resourceful, the Drath may be slow-growing in their populations but they are quick in other areas like learning technologies (including Precursor techs!) and earning (and hoarding) credits. They are not aggressive by nature and aren’t prone to wide expansion, but their suspiciously high diplomatic and economic skills more than make up for it. Because of their ancient bloodlines, they also start with an extra policy slot, since their civilization has been around long enough to have formed a fairly solid base for their government. 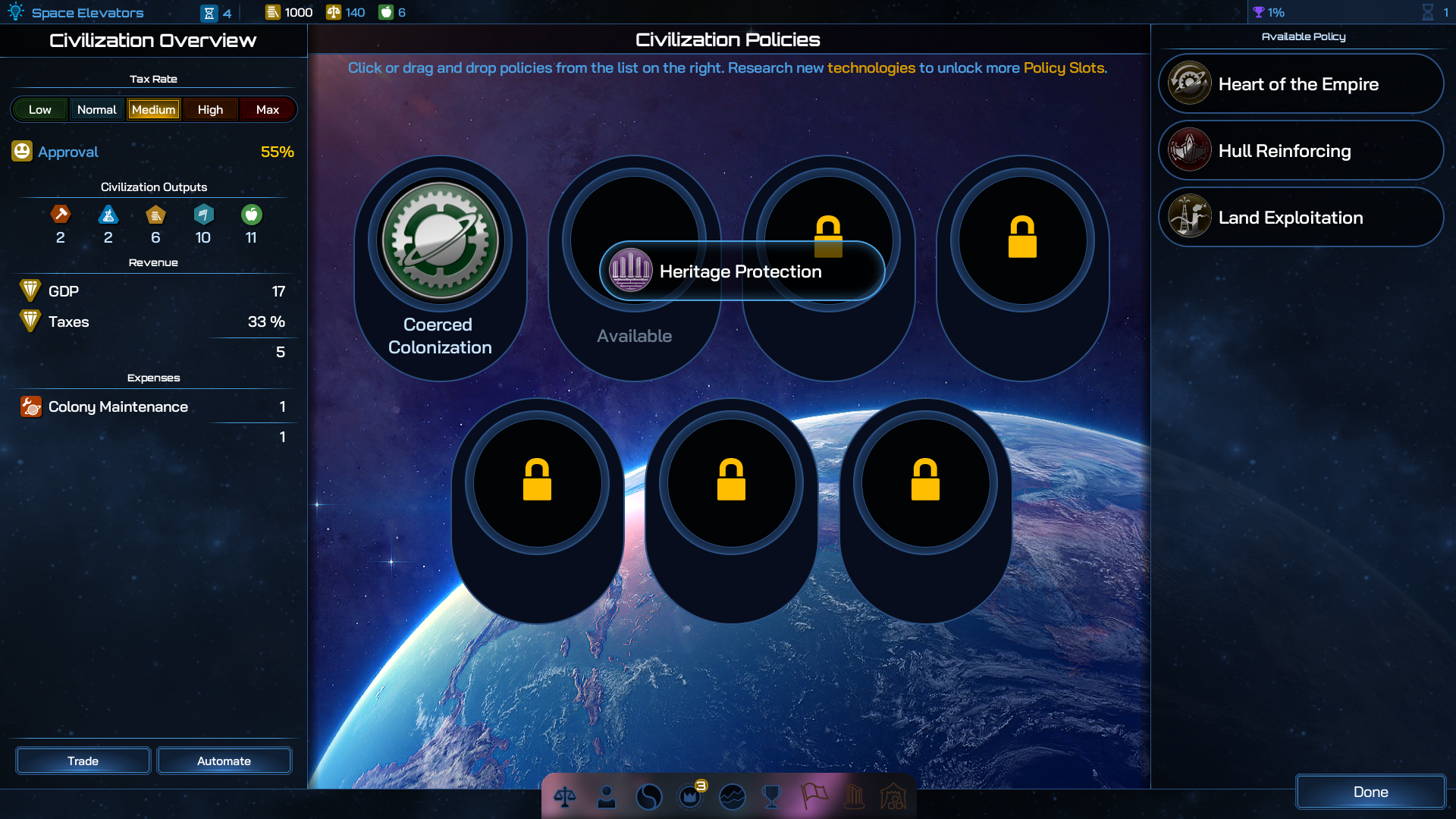 Check out our other Civilization Highlights: