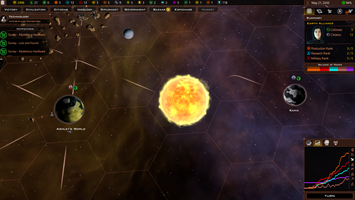 The premise of Galactic Civilizations is that you have united your homeworld and are now ready to send your first colony ship off into space.  What kind of alien worlds do you think we can settle?

The reality is, many worlds are not going to be safe for us.  We'll have to live in environmentally sealed enclosures at first.  Not because they are too cold or lack the right atmospheric conditions (though that is an issue), but rather because many worlds will have microbes that just aren't compatible with our biology. 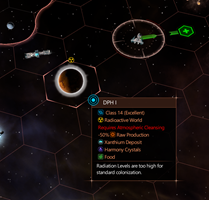 The concept of extreme worlds isn't new to Galactic Civilizations. But in version 3, we will be adding some new types of worlds, including:

In previous versions, these types of worlds were not very common and you could largely ignore them.  But in Version 3, the mix is going to change to where worlds not quite ready for prime time are going to be far more common.

For example, let's face it: Mars is not a going to support lots of people without more research being put in on our part. It's a very cold world with a very thin atmosphere.  So are many other planets.

Having more diversity in world classes allows us to give different types of species their own advantages.  The synthetic race of the Yor, for instance, really don't have a problem with a world filled with deadly microbes.

The other benefit is that it improves the pacing of the game.  For example, instead of an all-out colony rush, the planets can become available in tiers.  This lets players pursue a greater variety of strategies towards victory rather than focusing on pumping out colony ships if they want a big empire.

Galactic Civilizations III v3 is due out early Spring.