Bring "Zones" to your Windows 10 Touch Screens with TouchTasks! 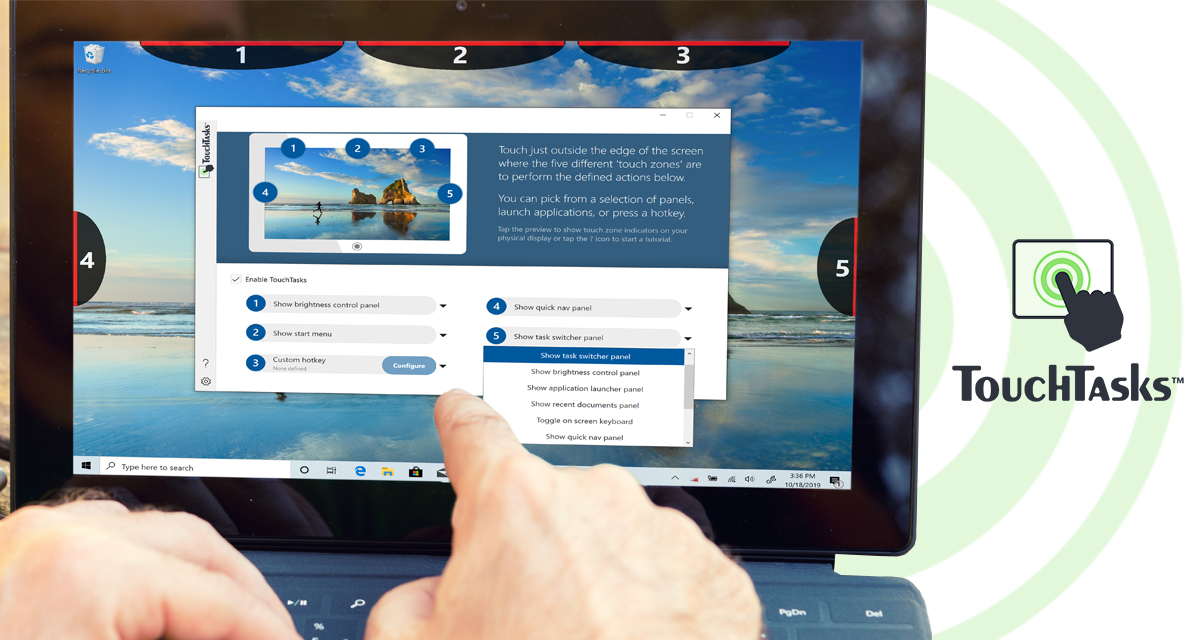 TouchTasks is a unique productivity app that lets you assign tasks to specific locations on the edge of your Windows touch screens. TouchTasks works by taking advantage of the fact that the touch sensitive area of a touch screen is larger than the display part of the screen. As a result, users can launch useful tasks by touching specified zones on the screen.

By default, TouchTasks assigns the left middle edge of the touch screen to bring up a dock for launching apps. The right middle edge is assigned to displaying active windows to switch between. The top right is assigned to bring up the brightness control, and the top left brings up the on-screen keyboard. These defaults can be changed to any action you choose.

For example, on the new Surface Pro 7 and the Surface Pro X, you can slide your finger from the left and right to bring up a screen of tasks and the action center. However, trying to use these devices as pure tablets often requires additional taps when compared to other tablets.


After assigning a task to one of five zones, accessing it is simple. By touching the zone at the edge of the screen, you can easily launch common system controls, hotkeys, and assigned applications. 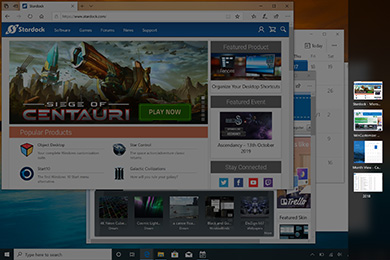 
Zones are conveniently located on the edge of the screen so they don’t interfere with other activities on your screen. 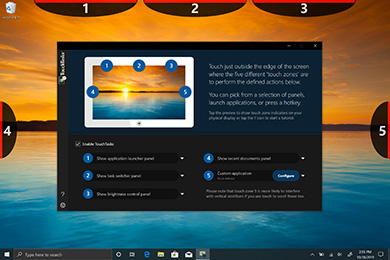 
The panel is fully customizable and adds additional functionality by putting several apps right at a tap of your fingertip. 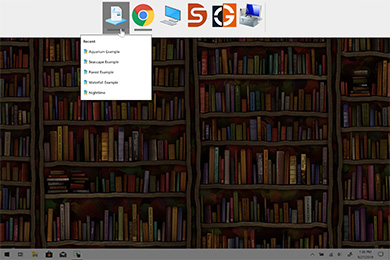 Rotates with your Screen


Installing TouchTasks on a device that you frequently rotate is no problem! TouchTasks automatically rotates with you, switching seamlessly between portrait and landscape modes. 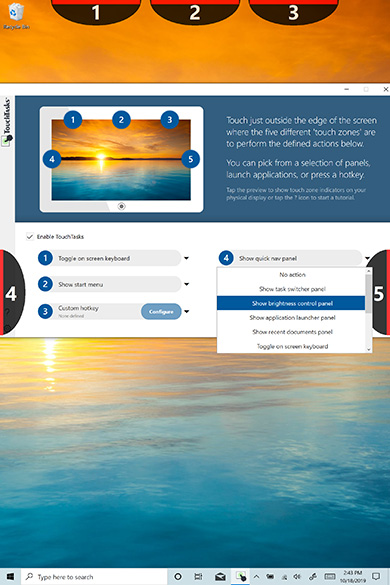 
Add your favorite apps and tasks to a panel that you can assign to one of the zones for easy and convenient access. 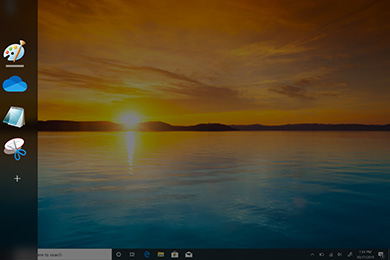