I don’t know about you, but I’m a sucker for cool stuff.

I’m a collector. I love to brazenly display my fandoms and hold onto keepsakes long after they’re relevant. My home office is basically completely decked out with paraphernalia from my favorite fandoms, many of which are video games. Several pieces have come from collector’s editions, which have become, much to my dismay, relics of the past.

There are a few major pulls that most collector’s editions leverage in order to entice people to buy them, not the least of which are the words “limited edition.” In other words, if you don’t pick up the collector’s edition right now, not only will these never be printed again but all of the stuff we’ve packed into it is also unavailable on its own in any other retail format.

Most often, all it takes is one of those items to be cool enough to drive someone to press the purchase button. I know I’ve done it a fair handful of times in the past - admittedly, much more often when I was younger and had plenty more disposable income because I was still living at home with my parents.

We’ll get to some of my personal favorite collector’s pieces in a minute, but first I want to take a look at a limited physical edition for one of Stardock’s most beloved games: Sins of a Solar Empire: Rebellion. While we’ve had other physical retail editions of our earlier games and a spot of merchandise here and there, we haven’t quite had anything like the collector’s edition for Sins of a Solar Empire: Rebellion. Incidentally, this game was, according to my partner Jillian, not only the most involved physical retail releases we ever had, but also the last.

Sins of a Solar Empire: Rebellion had a pretty impressive set of swag in its collector’s edition! We still have a few of them stashed at the office and I’ve been lucky enough to swipe a few things to let them live on my desk - specifically, the ship model and the (surprisingly hefty!) dog tags. I understand why digital distribution has basically taken over the market and understand certainly that it’s way better for the environment. While I still acquire a fair number of games digitally (normally for PC), I still feel a pull to get the physical retail editions of games for my Switch and PlayStation 4 consoles.

Before this edition, we’d never done a collector’s version like it before. The market has steered PC gaming well away from physical retail releases, and in some ways that means less work for us - but, even though lots of companies are often digital rewards and online “collector’s” editions now, it just isn’t the same as opening up a box of stuff and putting it on display.

I have a few pride and joys in my personal collection, and I like to theme my shelves to go along with them. Below, I have a picture of Final Fantasy XIV Heavensward Collector’s Edition that I’ve displayed with a bunch of other Final Fantasy stuff I happen to have. The dragon that came with the collector’s box is actually sitting on my desk at work. 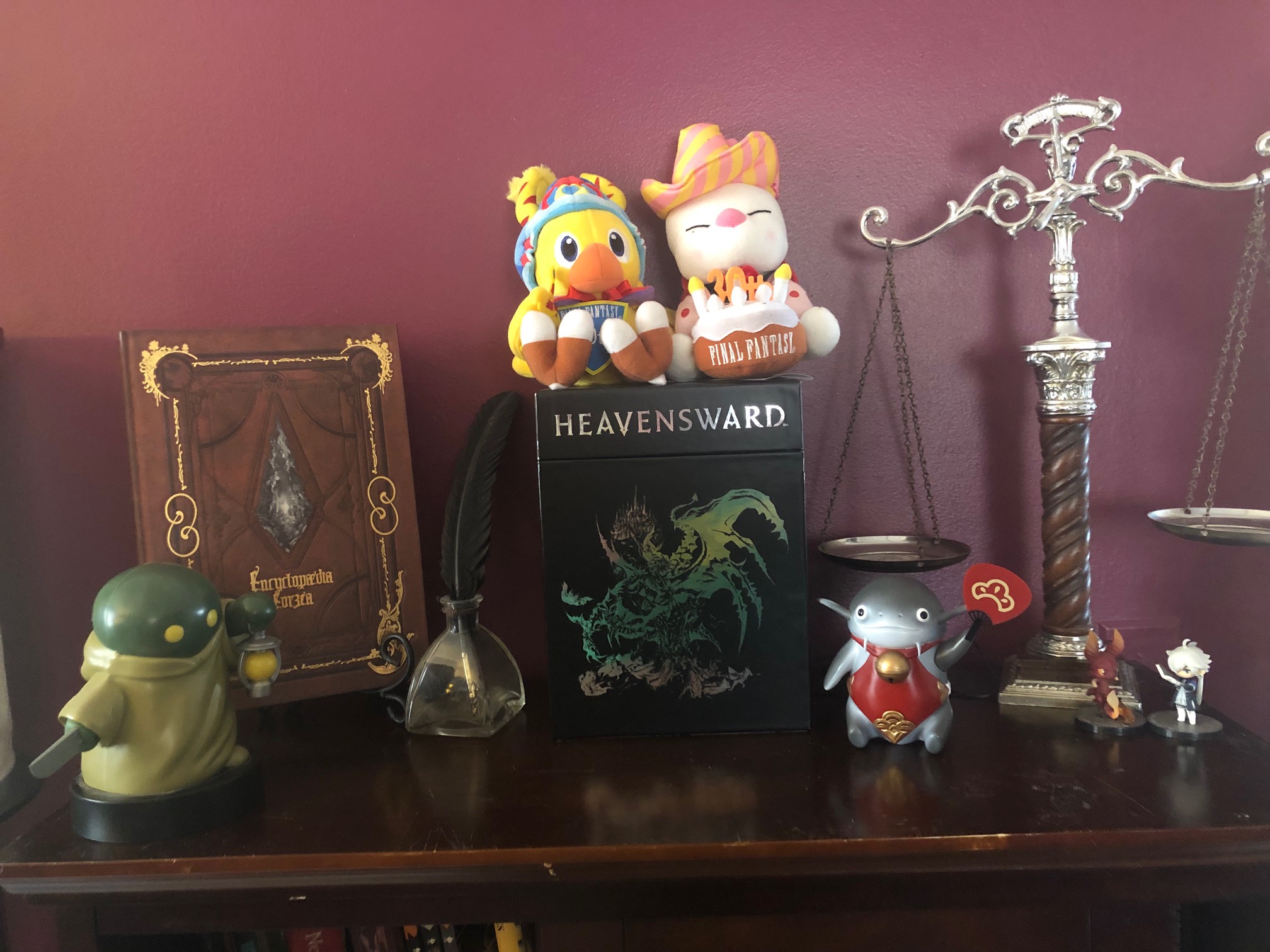 I was too lazy to drag the box out for a picture, but one of my more special collector's editions is for The Old Republic, the online Star Wars MMO. I only played the game for a moment or two, but I own the set because I inherited it from my best friend when he passed away back in 2016. He loved Star Wars, and even though this Darth Malgus guy kinda creeps me out, the statue is of an excellent quality and it makes me happy to look at it because I can remember Brian when I do. He lives in the glass curio cabinet beside my desk, while the box resides on a shelf in my office. 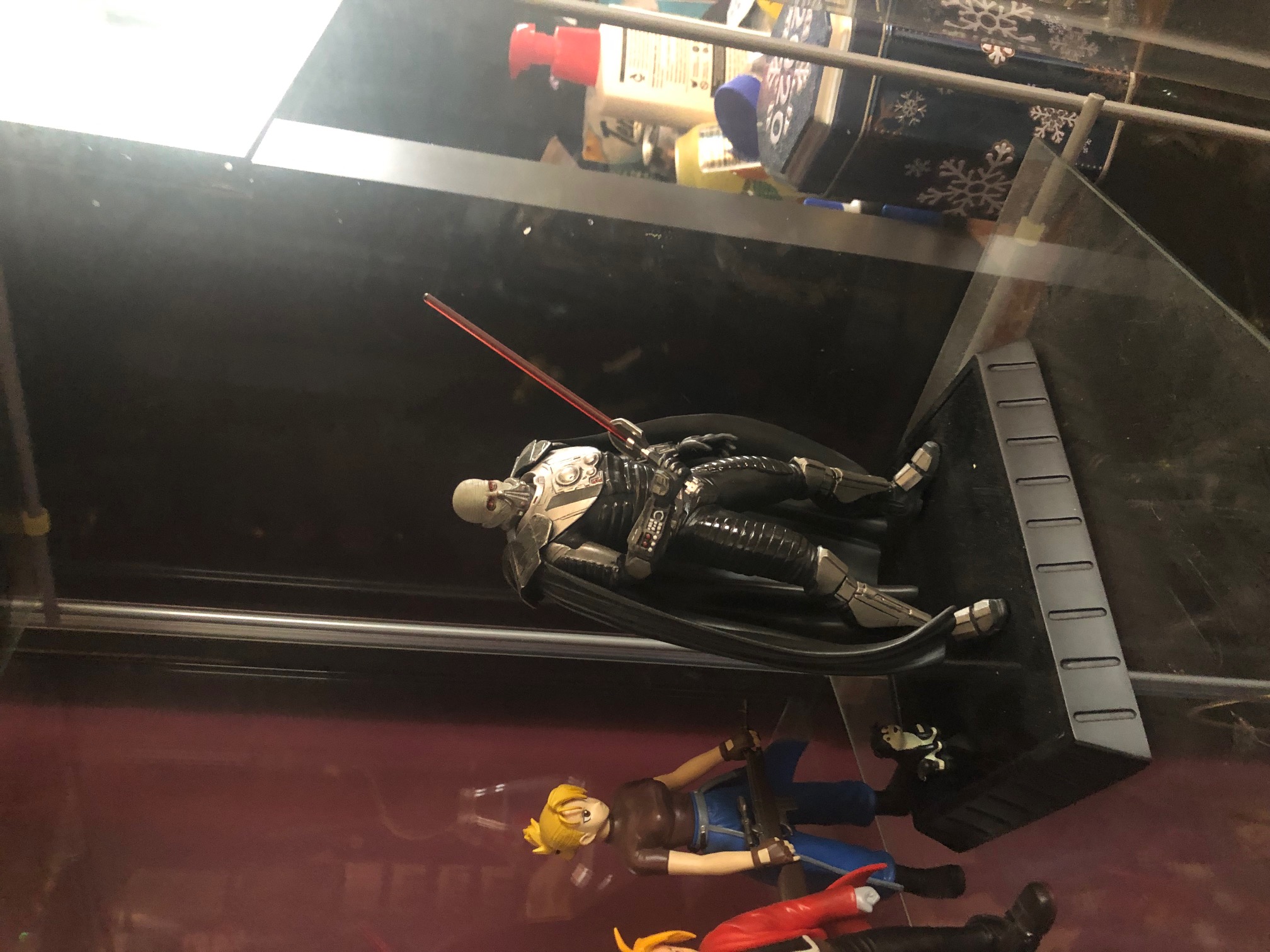 Anyway, all of this is to say that I miss the days of massive collector's editions. They happen now and again still - like the Mass Effect Legendary Cache releasing soon and the great sets put together by Limited Run Games - but it isn't as common as I would like. Which, honestly, is probably a good thing because I have no self control and a limited amount of cash in my pocket book.

Are you a collector's edition sort of person? Which is your favorite? Share your swag with me!