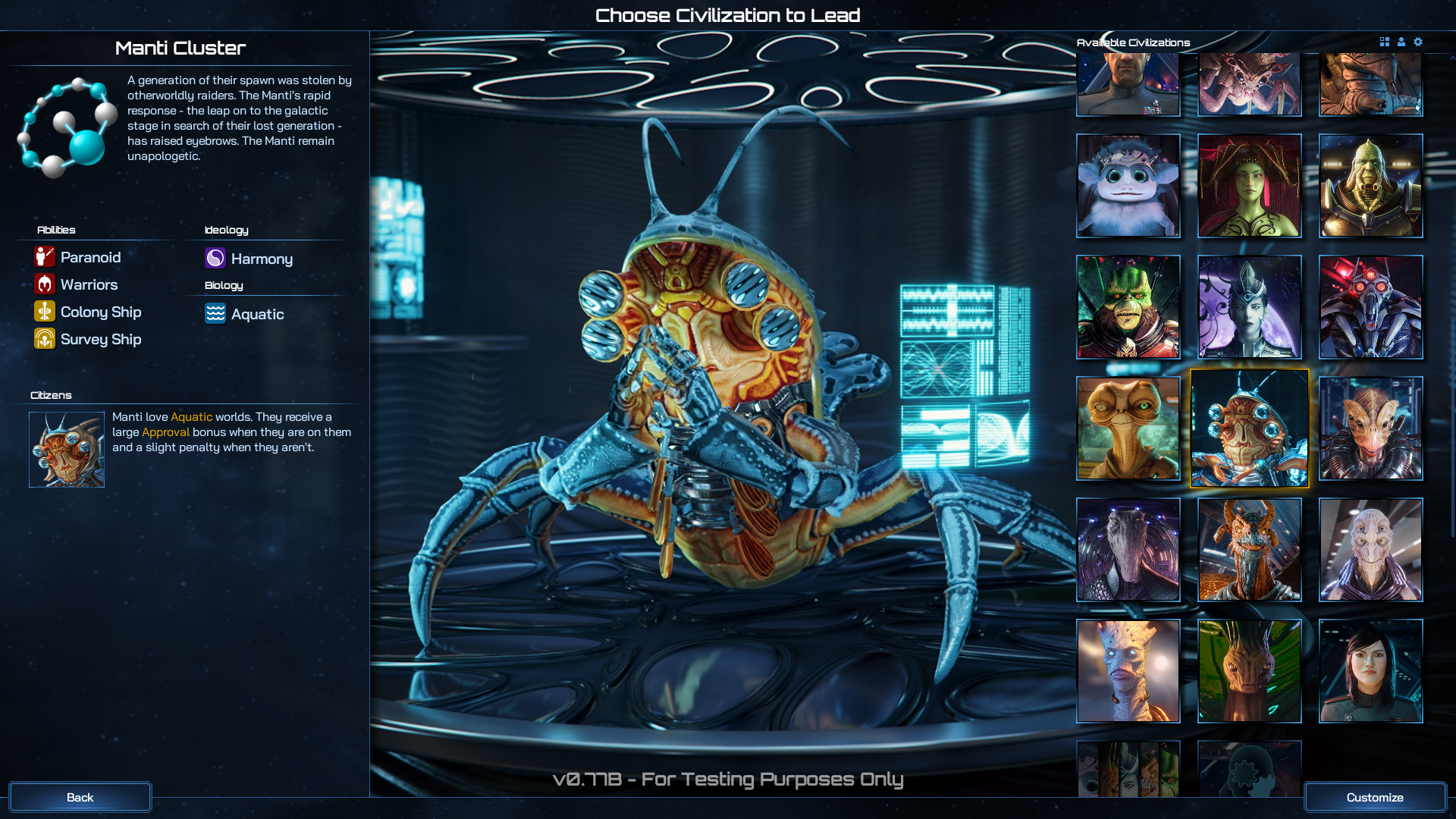 The Manti were naive.

They will be the first to admit their folly, to acknowledge that their naivety cost them so dearly that they are still paying for it generations later.

When their people created a great beacon tower in order to communicate with the unknown reaches of space, they never once thought about the tragedy that could befall them. They rushed ahead, excited about the possibilities of making contact with other species, other worlds.

The answer to their beacon’s call came in the form of a fleet of warships appearing in orbit. Raiders descended onto the Manti’s homeworld and collected every single breathing child they could get their hands on.

An entire generation, lost in the blink of an eye. 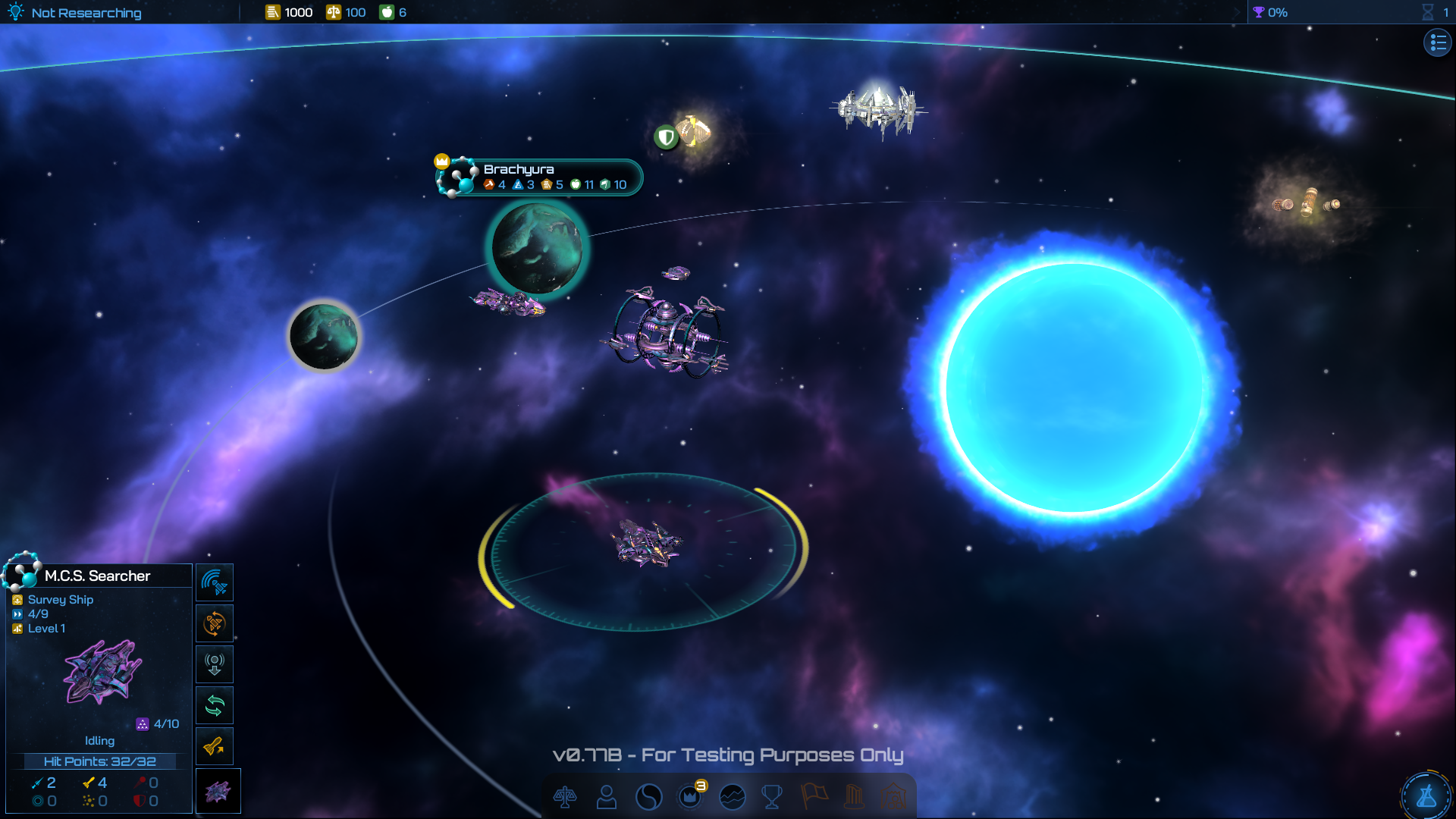 Outraged and humiliated, the Manti and the generations that followed began to explore space on their own. Although they were fearful the raiders might return to finish the job, they were eager to confront their assailants in hopes of recovering the children whose futures were so cruelly stolen away.

The tragedy of their lost generation results in them starting with fewer citizens than other civilizations, but also is a cause for their strength and unity. Their unwavering trait makes it extremely hard for them to fall victim to a culture flip from their enemies.

The Manti are paranoid - rightfully so - and as a result get some free drones to defend their planets, shipyards, and starbases. They also have access to Molecular Fabrication Technologies. Their people are warriors, forged in fire - a bit of an absurd analogy, given that they are an aquatic race - and because they are a hardy type their ships ignore 10% of all damage dealt and also have +10% to their weapon range. 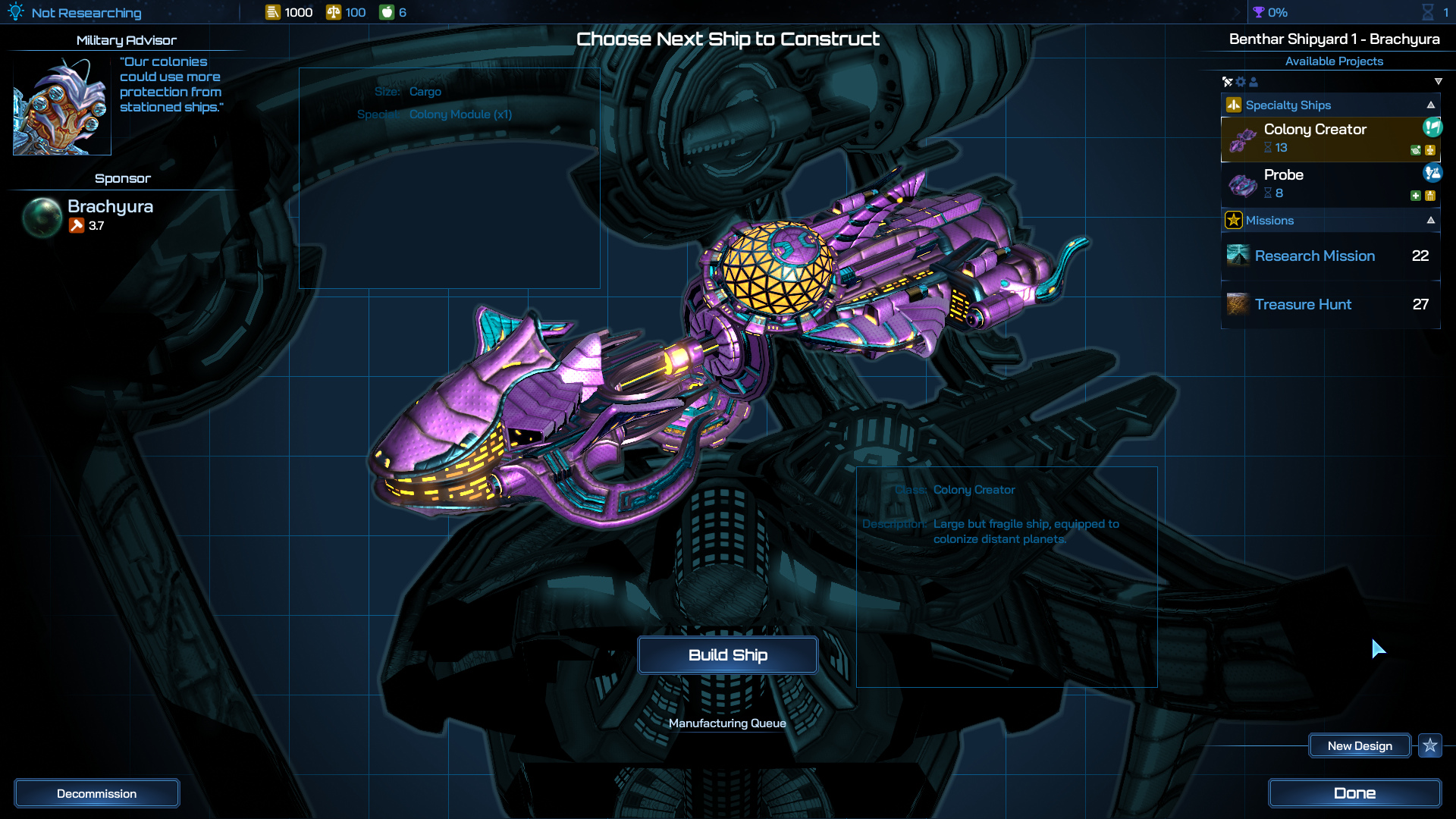 The Manti may be out for blood against the civilization that stole their children from them, but they subscribe to an ideology for harmony for their people. They believe that their government is strongest when everyone shares a single culture and belief - and the Manti are nothing if not staunchly devoted to the idea of justice for their lost generation. They can also be quite persuasive, which gives them some options in galactic events and other diplomatic proceedings that might be unavailable to others.

Because they are aquatic, the Manti have access to some unique aquatic techs that are unavailable to other land-faring civilizations. They can also colonize ocean worlds with no penalty. Their courageous trait also helps them lock down their worlds with a higher resistance to invasions.

The Manti Cluster is currently available to play in the Beta for Galactic Civilizations IV. If you haven’t joined the beta yet, you can get more information on that here. If you’re already playing, let me know what your favorite civilization is and if you’ve tried the Manti yet!

Check out our other Civilization Highlights:
Meet the Mimot Brotherhood
Meet the Terran Alliance