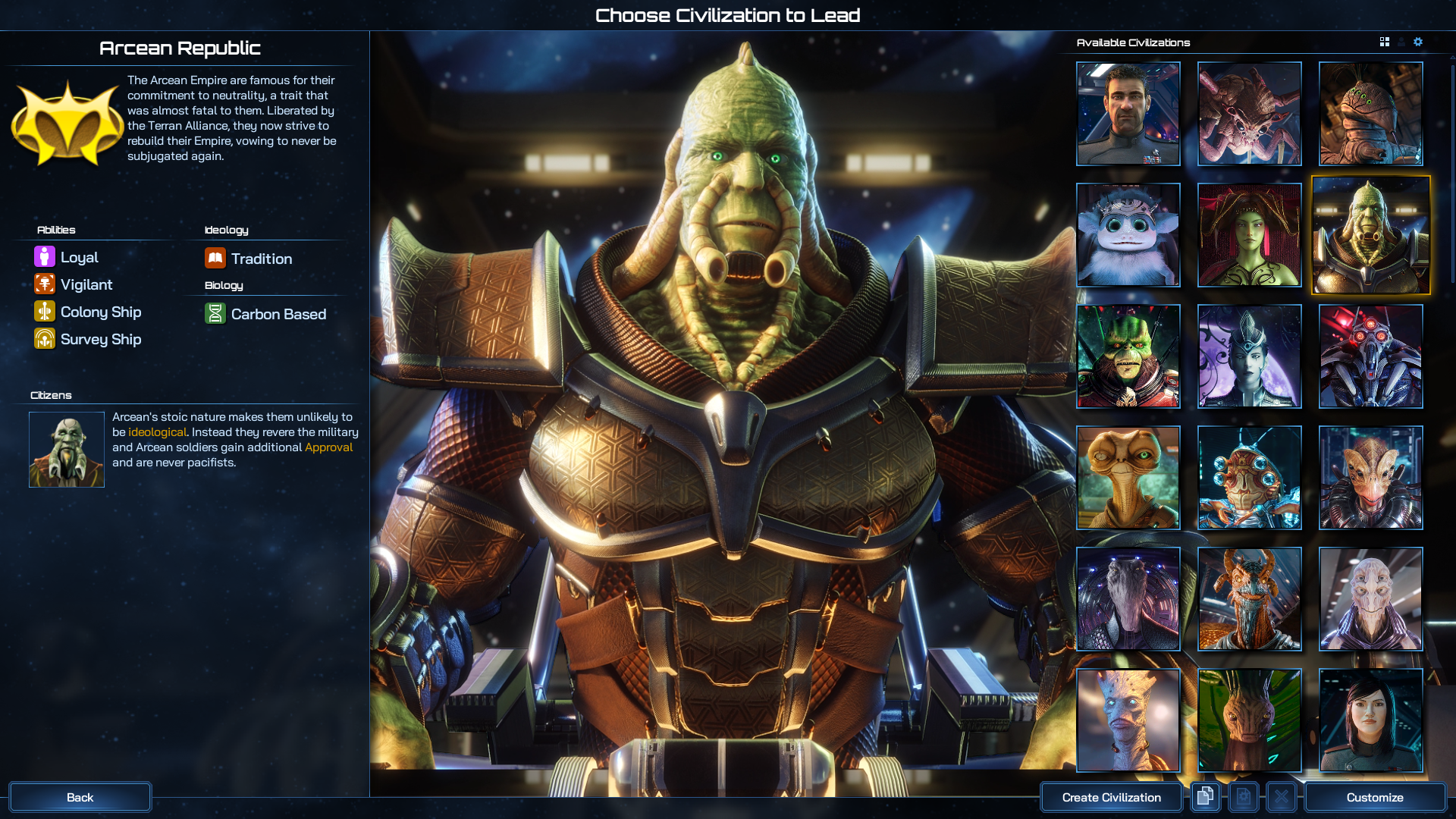 A proud and long-lived people, the Arceans are one of the oldest races in the galaxy. They are the reason the Terrans gained access to Hyperdrive technology and started an arms war in the first place. In a roundabout way, it could be argued that the Arceans were responsible for their own salvation when the Terran Alliance freed them from the tyranny of the Drengin Empire.

The Arceans weren’t left with many assets following their liberation, but they have managed to finally regain their homeworld and a chance to rebuild their once-mighty empire. In the years since the Drengin occupation, the Arcean resistance has never stopped fighting, and their leader - Lord Verga - is still feared among even the most brutal of Drengin soldiers.

As a civilization that has come back from the brink of destruction, the Arceans are resilient and noble. They have long maintained a stance of neutrality - except, perhaps, in circumstances involving a certain tyrannical empire - but their years of subjugation and Drengin occupation have left them less favorable even to those who would not call themselves their enemies.

The Arceans are loyal. Leaders all begin with +10 loyalty and cost 25% less to recruit, which will let you load up on more of them faster - an advantage that you should be careful not to squander! 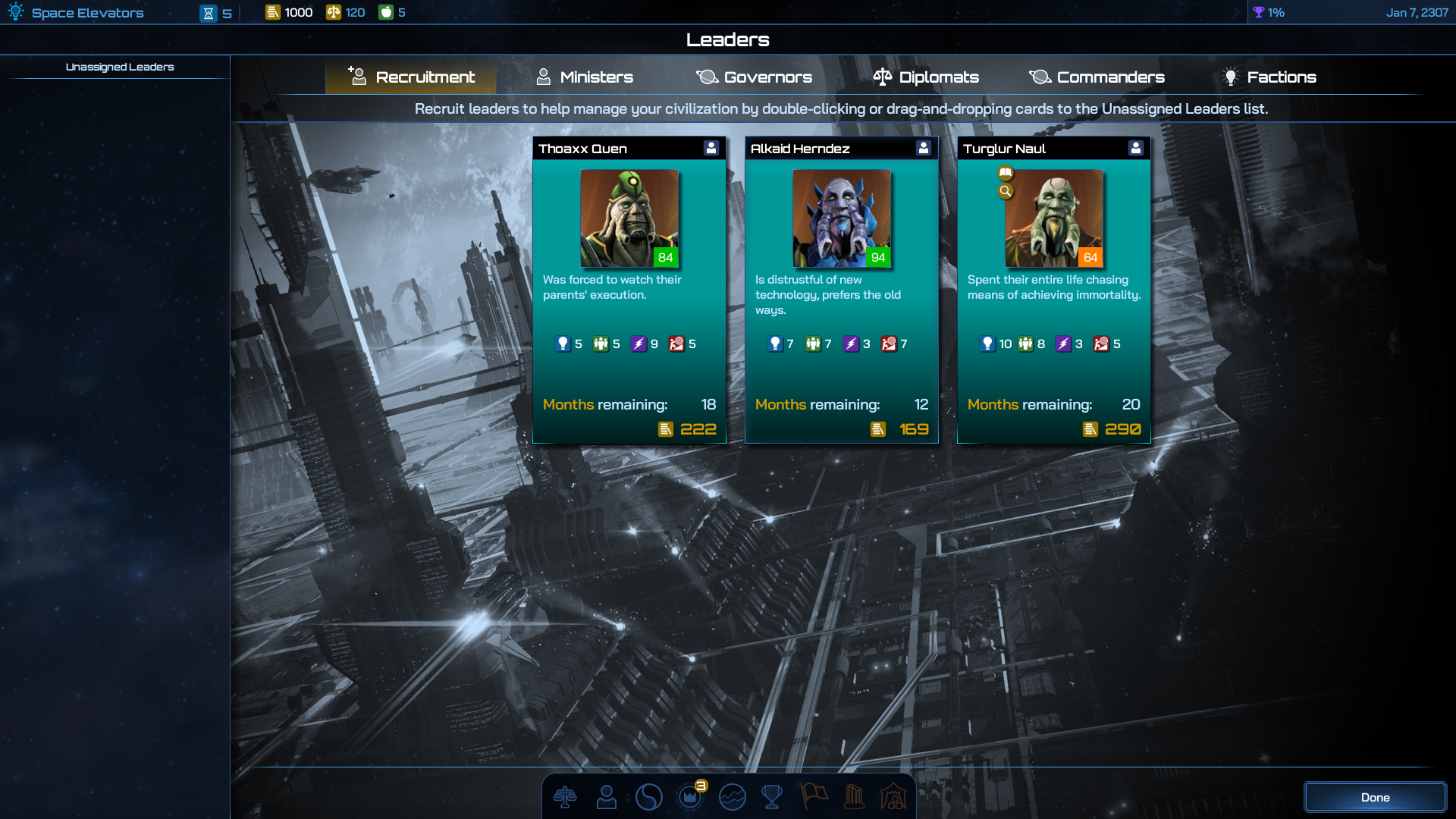 Their vigilance has served them well, and their starbases have larger areas of effect that slow enemy ships and grant attack bonuses to Arcean vessels that are within the starbase’s range. Steeped in tradition, the Arceans believe that new methods threaten the core of their government and are unlikely to forgive offenses or tolerate threats to their freedom.

Veterans of war, the Arceans’ ships gain experience quickly and their militant nature makes it so that they have firmer control. Their courage also allows them to resist invasions better than most other civilizations. If you’re going to invade an Arcean territory, you’d better be prepared for one hell of a fight! 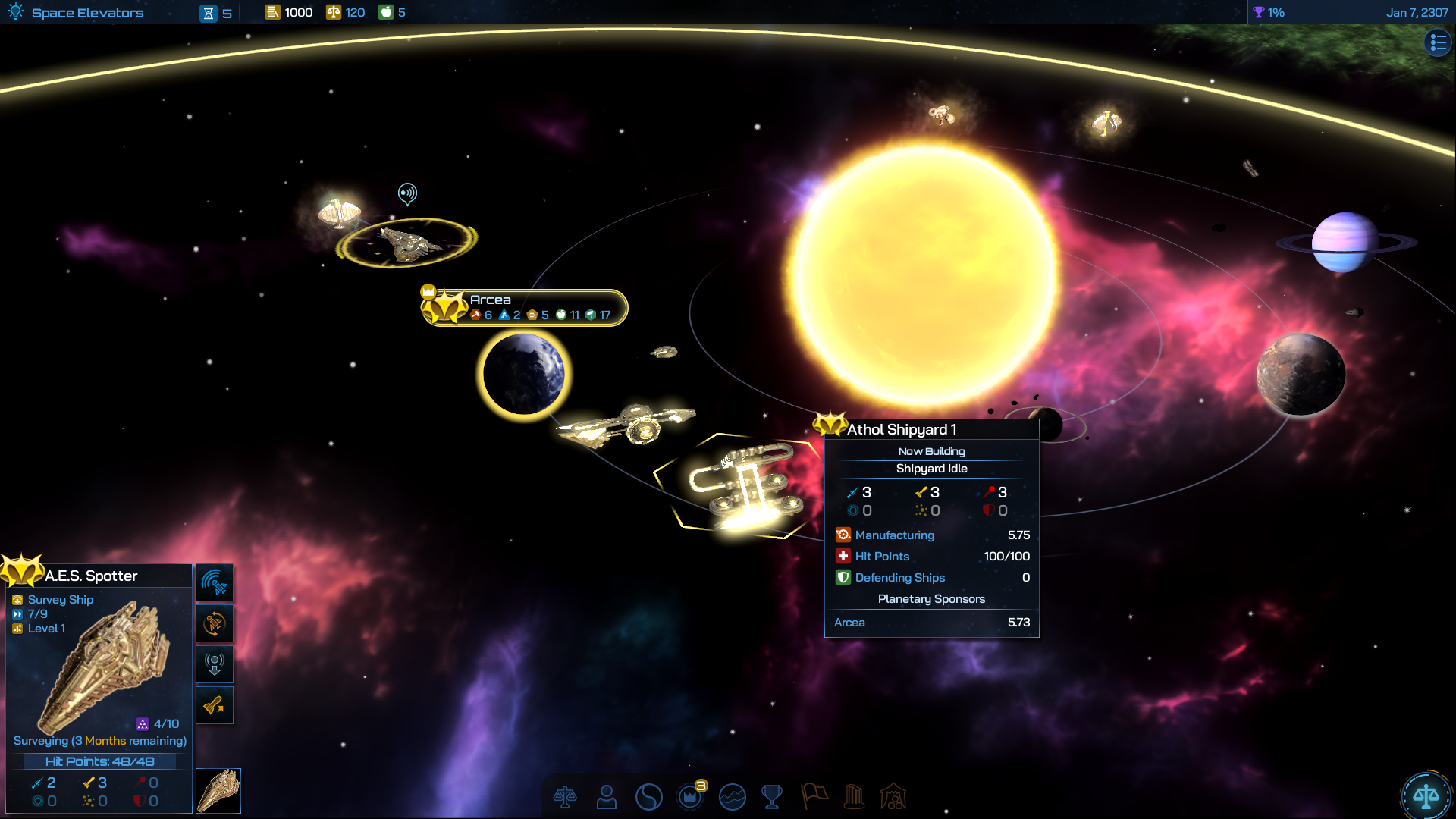 In spite of everything they’ve been through, the Arceans are a straightforward and honest people who tend to wear their hearts - and their hurt - on their sleeves. As a result, they are not particularly deceptive and won’t do well in situations where they’re forced to lie or trick others.

The Arcean Republic is one of over a dozen civilizations available in Galactic Civilizations IV, which releases on April 26th. If you haven’t joined the beta yet, there’s still just a little bit of time! You can get more information on that here. If you’re already playing, let me know what your favorite civilization is and if you’ve tried the Arcean Republic yet!

Check out my previous civilization blogs: