Whenever you think of spies your mind might go to this guy:

Or, some variant thereof, anyway (which Bond is “your” Bond?). Generally, most people don’t visualize sentient worm creatures when they hear the word “spy,” but I’m here to tell you that, when it comes to Galactic Civilizations IV, we sure do!

The Onyx Hive is a technologically sophisticated worm-like species that originated around the volcanic vents of their homeworld. Their society runs almost entirely on deception; backstabbing and intrigue are daily rituals. 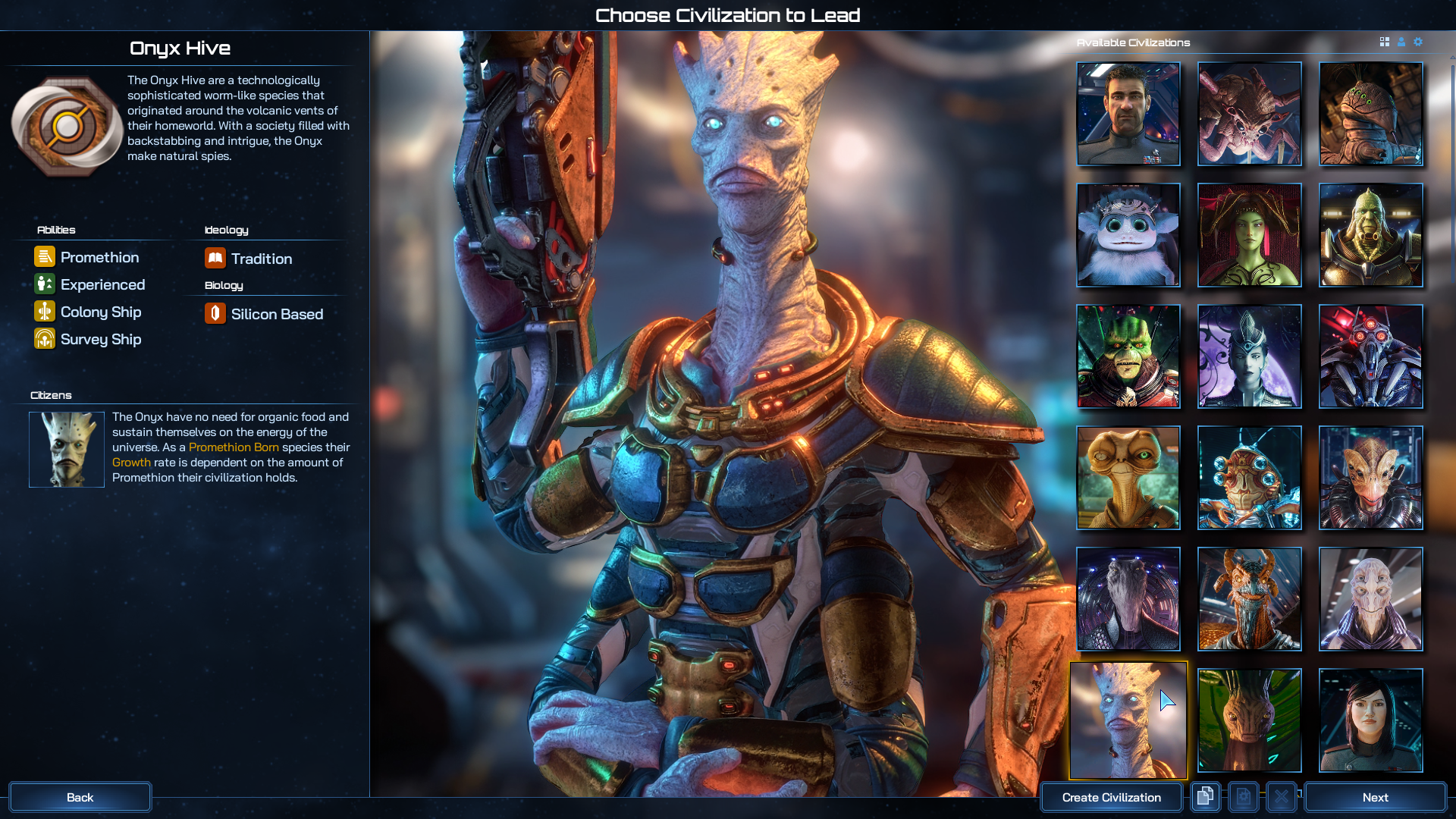 Natural spies, the Onyx Hive are skilled at thriving in unusual environments - which means they could be anywhere, whether you know it or not. They exist easily in microgravity environments and are highly skilled at mining asteroids.

Not only are they skilled at mining asteroids, but they are also quite adept at putting those resources to good use. Onyx Hive ship designs are influenced by and also actively incorporate the asteroids on which many members of the species have made their homes.

The Onyx Hive are an experienced and traditional faction. Their ships receive an extra 25% experience points from battles and their ideology is rooted in the idea that traditions are the core of their government. New methods threaten their way of life, and they won’t hesitate to defend it when necessary. 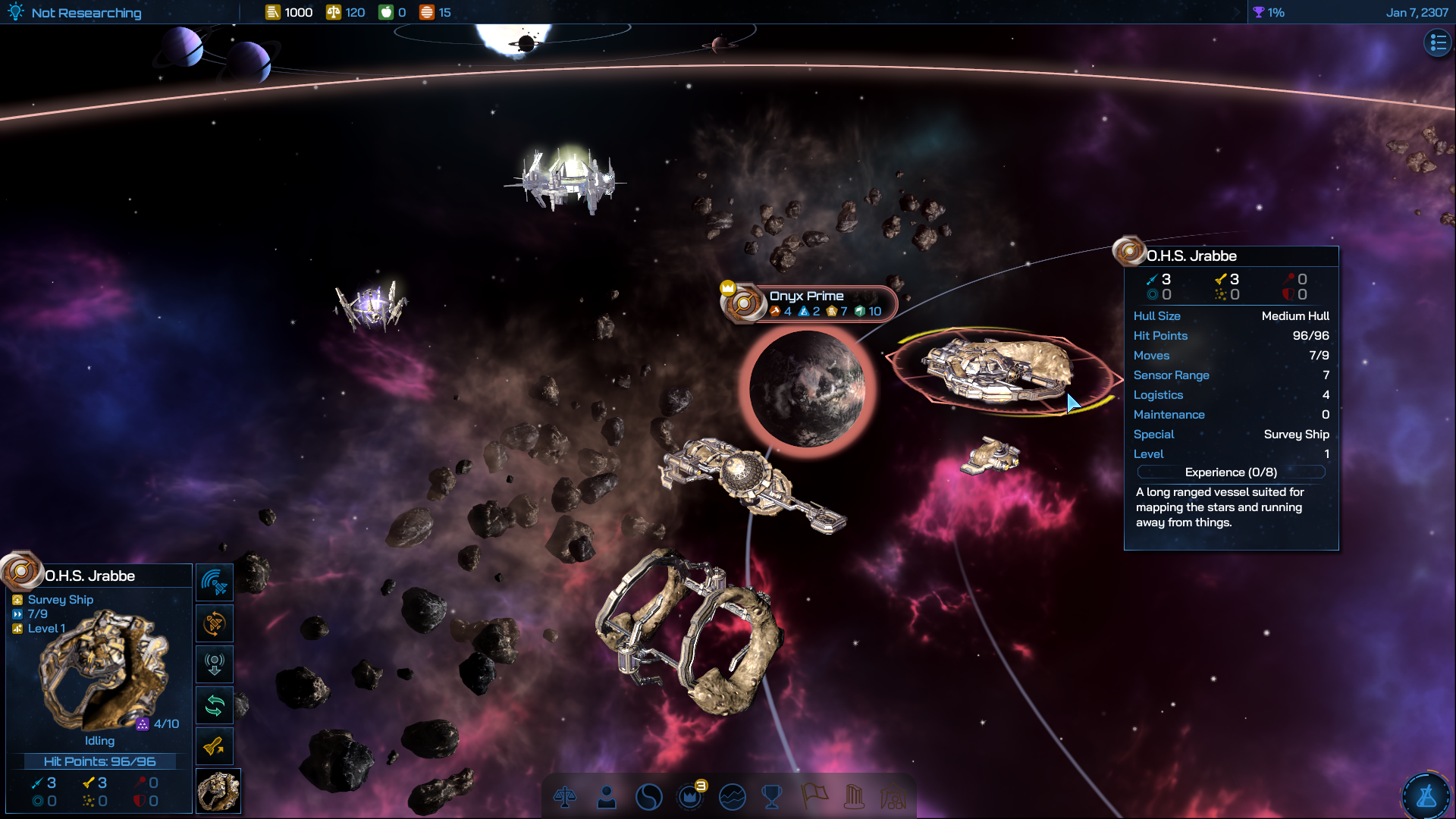 They are silicon-based and survive by consuming the energy produced by Promethion. Their ships are hardy and have double the hit points of most other vessels because they are fueled largely with Promethion, but the downside is that they don’t heal normally. The Onyx Hive has learned how to work quickly and under extreme circumstances, so they also receive a 5% bonus to how fast they can build improvements on their planets.

This spy-based race is both militant and intimidating; they get +10 to their chances to intimidate their enemies - and their diplomatic allies, for that matter! - and +20 to their starting control, which can set them up in a nice position for an early advantage.

The growth rate for the Onyx Hive is based entirely on how much Promethion they hold. If you want to hold dominion over your enemies, your best bet is to secure as many Promethion extraction points as you can and hold onto them. 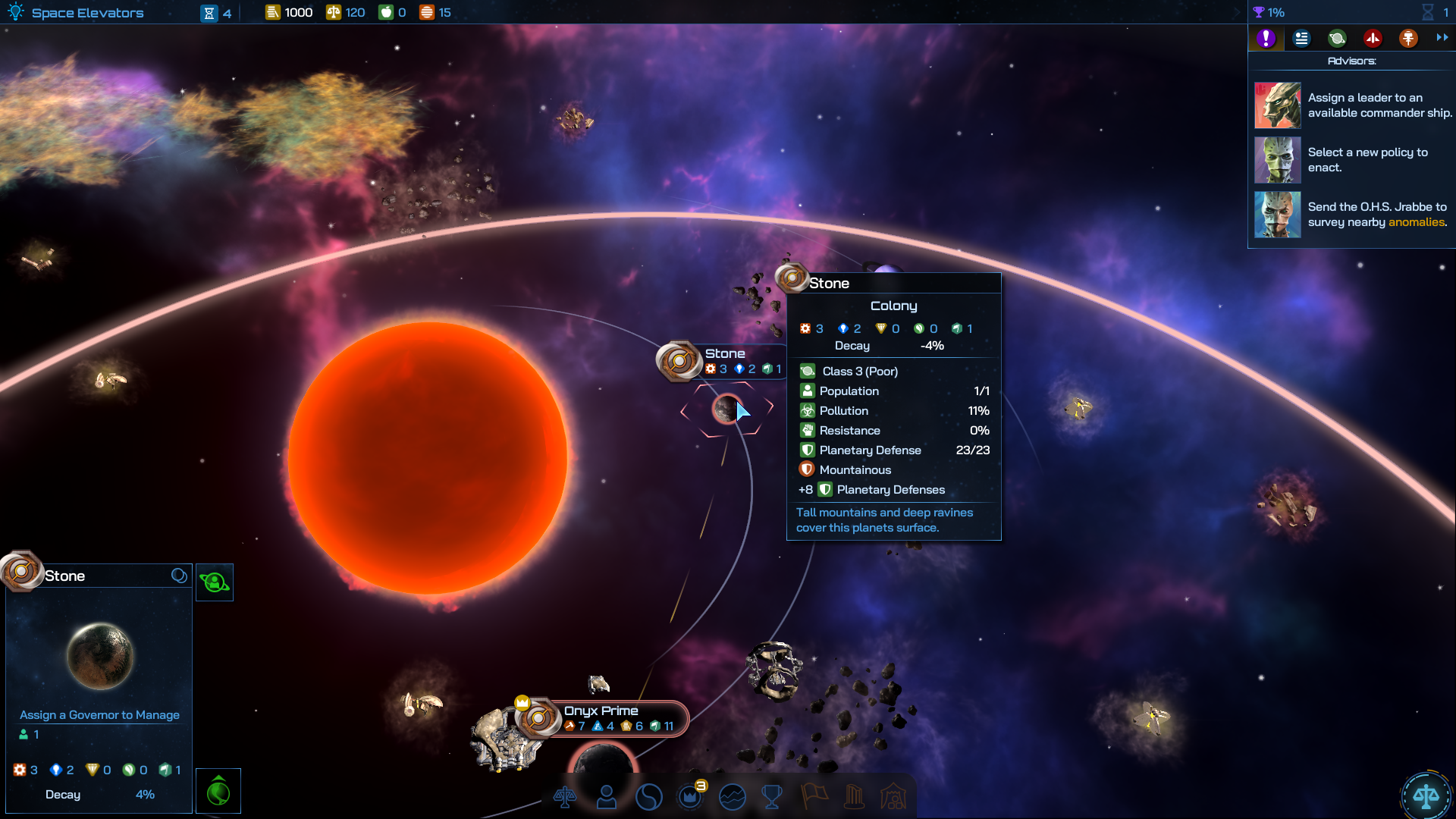 The Onyx Hive  is one of over a dozen civilizations available in Galactic Civilizations IV, which released on April 26th. If you aren’t playing the game yet, you can get it here. Have you tried out the Onyx Hive yet? Tell me about your playthrough!