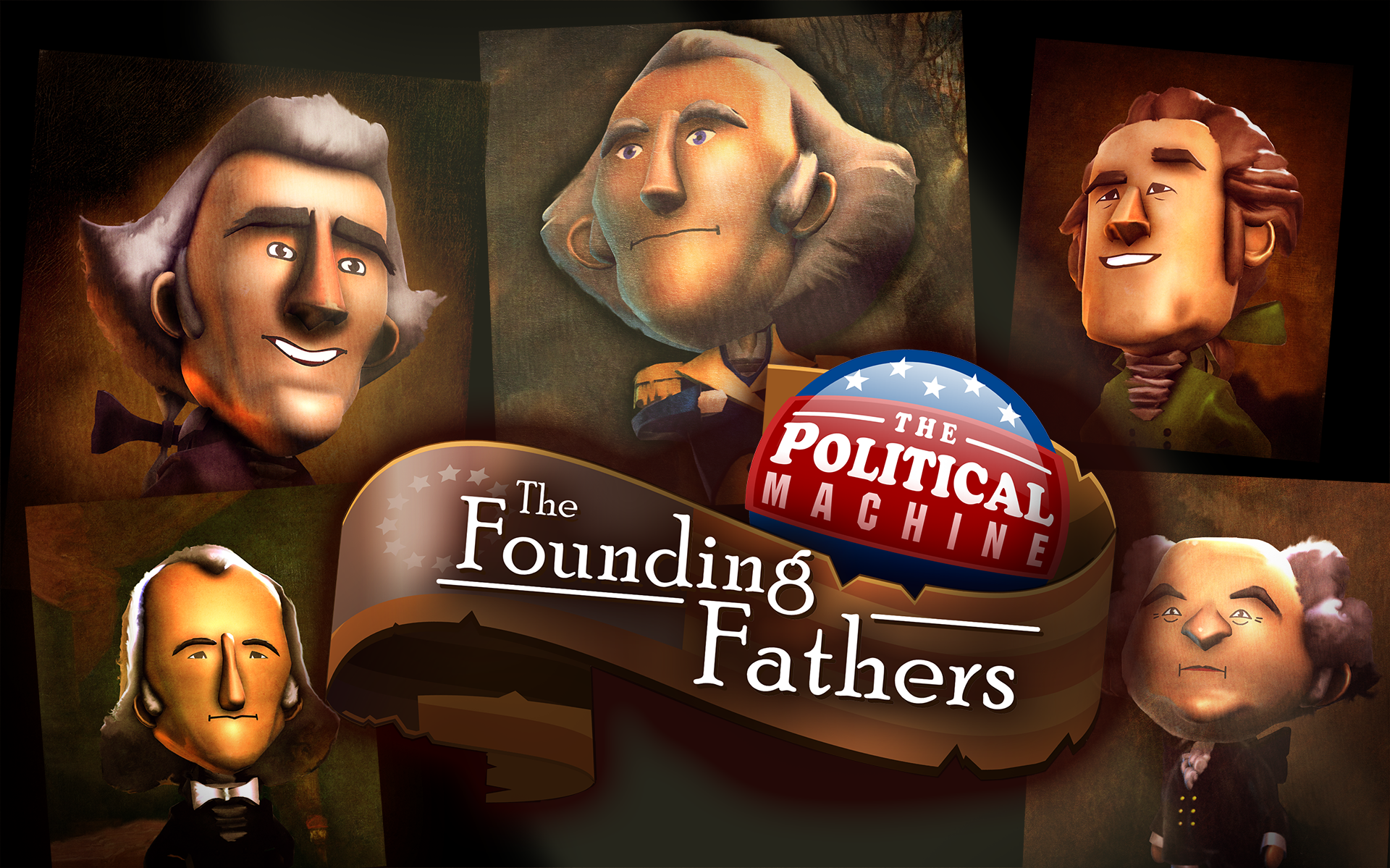 Battle for your spot in the White House against the founding fathers of America! In the new Founding Fathers DLC, you'll play as political heavyweights like George Washington, John Adams, Alexander Hamilton, and more. Do you have what it takes to go down in history?

Get the DLC Now: From Steam | From Stardock

New Candidates
None of the founding fathers could predict where the world would be some 200 years later, but some of their ideals are still applicable anyway! All of the new candidates’ ideologies have been adjusted to tackle current real-world issues. The founding fathers included in the DLC are: 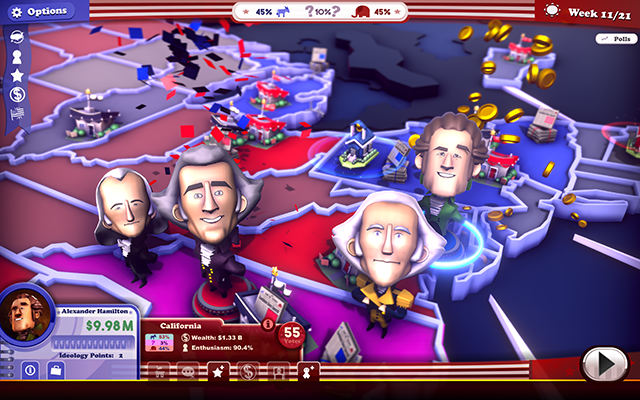 New Ideology Tree - Democratic Republican
States’ rights and a way to keep the national government in check were the cornerstones of the Democratic Republican party’s ideals. Founding fathers Thomas Jefferson and James Madison will take on real-world 2020 issues like lower taxes, Wall Street regulation, liberty, and much more!

New Ideology Tree - Federalist
A strong government and a powerful executive branch were the basis of every Federalists’ belief system. Founding fathers Alexander Hamilton, George Washington, and John Adams bring their beliefs into 2020 by fighting for things like free market capitalism, taxing the rich, subsidizing domestic industry, and much more! 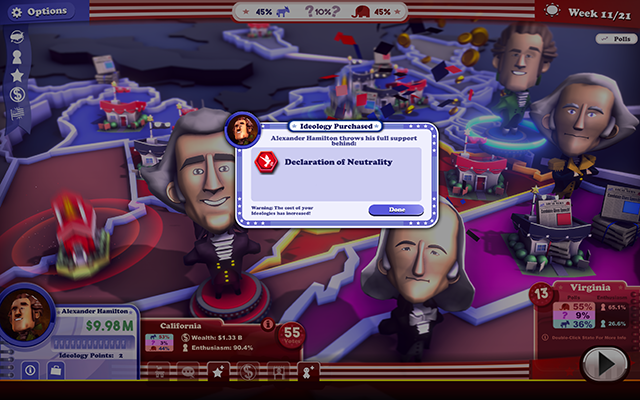 New Customization Parts
Race for the White House in style! New customization parts from hairstyles to clothing choices give you more options when creating your own candidates.

In addition to the DLC, we're releasing the FREE v1.3 update today! v1.3 introduces a couple of new candidates and is packed with new features and game improvements that will spice up your campaign and get your voters fired up for the big election.

New Candidates
The 42nd President of the United States is the first new candidate to grace the election trail: say hello to Bill Clinton. He is joined by Sarah Palin, the 2008 vice presidential nominee from Alaska. They're both ready to fight to earn their seat in the White House! 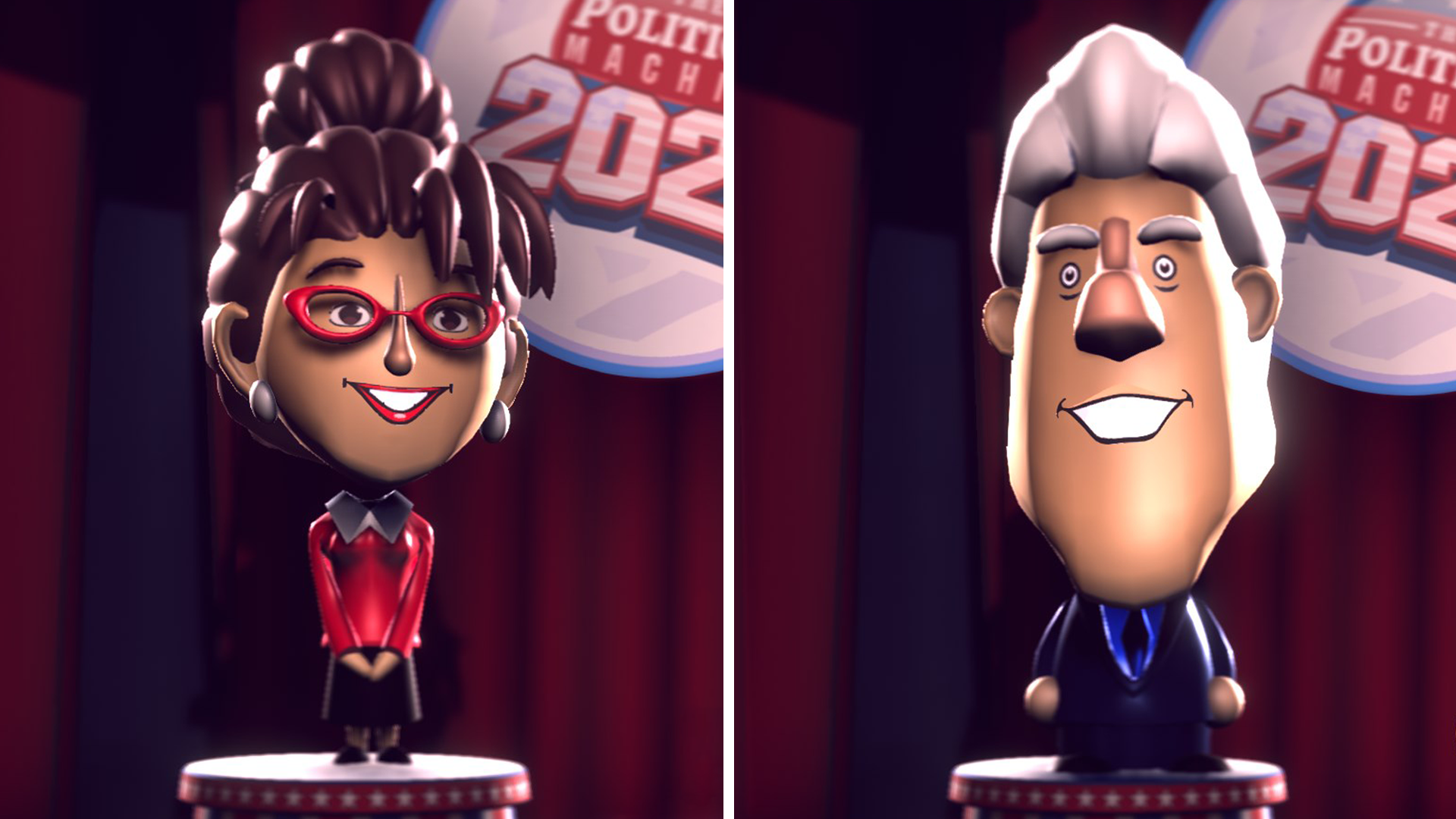 Candidate Workshop
You've been asking to be able to upload your custom candidates to Steam, and now you can thanks to the Candidate Workshop. With just a few clicks, you can share your custom creations to the Steam Workshop - we can't wait to see all the presidential contenders that you come up with!

Dynamic Map
The electoral map is the ultimate source of information for you when you're playing, showing you which states you have a lock on, which states are battlegrounds, and which states your opponent is taking. Thanks to the new animated Dynamic Map system, you'll be able to get all of that information at just a glance. Now, states will bounce, flash, and visually inform you when a choice you've made results in a change.

Campaign Events
In order to give you more agency, we've changed the randomized campaign events system. Now, when you see a state with a bouncing yellow "?", you can visit there and receive a message from someone wanting to help your campaign. You can use these opportunities to earn more money, ideology points, political operatives, and more!

The Political Machine 2020: Founding Fathers DLC
is now available on Steam or Stardock for $4.99