Stardock Announces Fences 4 with new features, a Refreshed
Interface and Support for Windows 11
Fences 4 offers an array of customizations to keep PC desktops clean and organized
Get into the alpha now (available exclusively through Object Desktop) 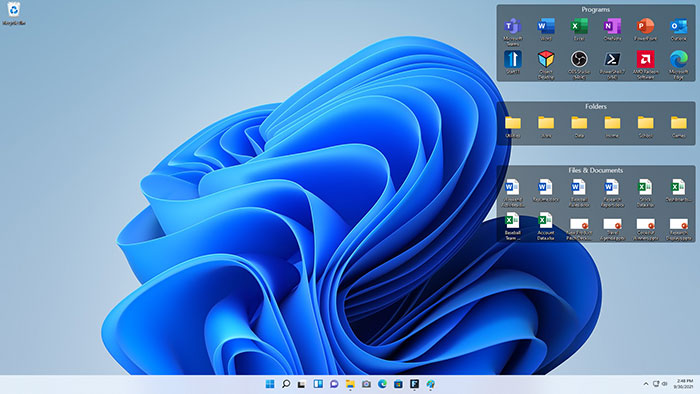 Stardock announced Fences 4, a program that allows users to automatically organize shortcuts and icons on their PC desktops into custom-sized spaces called fences. As with previous editions of the software, Fences 4 creates dedicated areas to organize icons and folders and offers additional customization features that has made it popular with millions of users of Microsoft Windows®.

"Fences 4 is being designed to meet the needs of today's PC user," said Brad Wardell, CEO of Stardock. "Fences has always been a great way to show a clean desktop or to organize it and now we are adding features that allow users who want a minimalistic desktop to have that while also supporting users who use the desktop as a natural extension of their work space."

Stardock has released an alpha version of Fences 4 for Windows 10 and 11 to users of its Object Desktop suite. New features will be added to it throughout the fall with a targeted release later this winter. 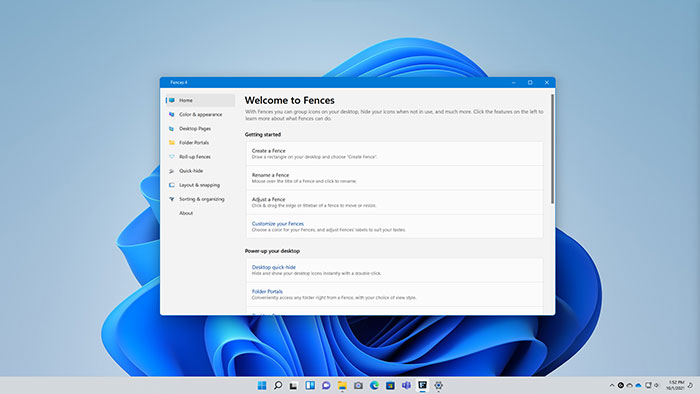 Upcoming features for Fences 4 include virtual desktop support, enhanced search functionality, roaming profiles, and many other updates that will help home and business users stay organized.

Additionally, Stardock has announced Fences for Business, which will help keep PCs organized and standardized across the workforce. A new kiosk mode will help administrators lock their entire desktop layout, while the Snapshots feature will allow them to replicate layouts across multiple devices.

The Fences 4 alpha is available exclusively through the Object Desktop™ suite.
For more information, visit the Fences 4 website here.