Before coming to Stardock, I never really had a deep appreciation for Windows customization. I remember downloading the occasional Windows background and all sorts of skins (and frankly, probably viruses - sorry mom and dad!) for WinAmp back in my teen years, but that was about the extent of it.

Since being here though, I've garnered an entirely new appreciation for being able to make my desktop look fun and unique - both my PC desktop AND my workspace desktop, too.

My work desktop.
Fortunately, I work with a bunch of wonderful nerds, so no one thinks twice about the chaos.

Honestly, the thought of changing the icons on my desktop had never crossed my mind before I started exploring the apps in the Object Desktop suite and came across IconPackager. Initially, I didn't think much about it - I have no idea how to make custom icons, after all - but the good news is, you don't have to!

IconPackager lets you instantly replace Windows' default icons with high quality custom icons. There are several packages that come as a default (including my favorite, which is a Christmas theme), but thousands more are available on WinCustomize.com. One of the best things about IconPackager is that you can also edit the color scheme of a package so that everything has a nice cohesive look while sporting your favorite color.

One of the best things about IconPackager is that you can also edit the color scheme of a package so that everything has a nice cohesive look while sporting your favorite color. 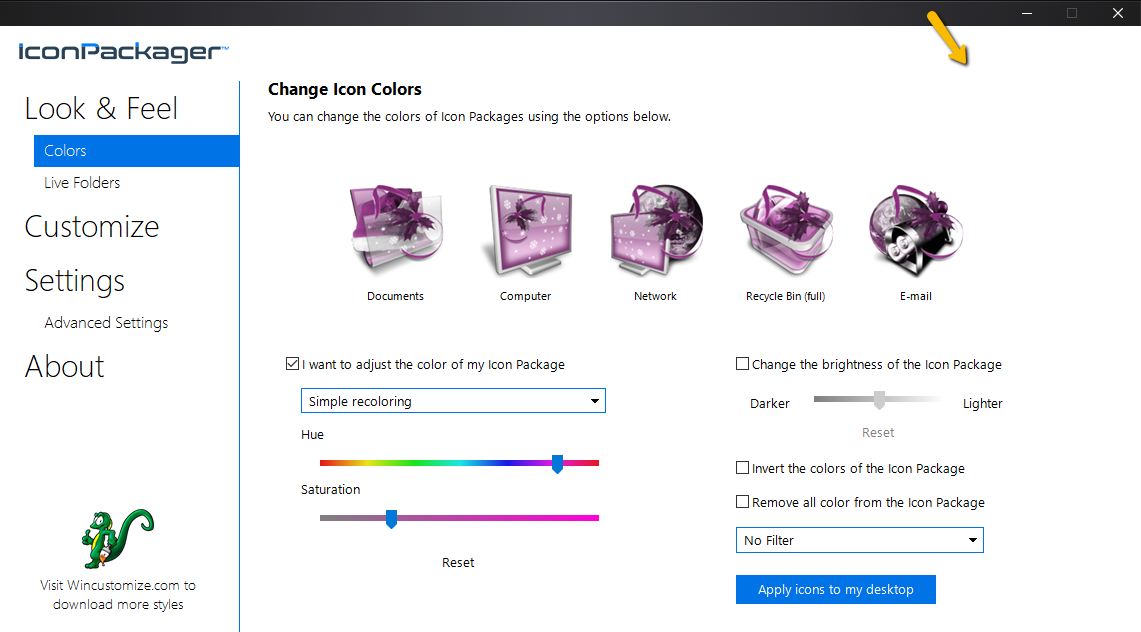 I know purple isn't especially representative of Christmas, but I'm trying to show a point here!

If you're like me and you appreciate a little bit of of an eclectic look, you don't have to change all your icons to a single theme - you are free to change them individually, too!

An example of changing individual icons.

IconPackager is compatible with the most popular versions of Windows, including Windows 10. Have you tried it yet? Check it out here!