We unlocked a new mission today, Chariah. Chariah is a remote location, cold with winding paths through the mountains. It is the biggest map in the campaign so far (larger ones will come later) and offers long paths with plenty of great points to place defenses (as well as an enemy that is going to ignore those roads entirely, but we will get to that later. 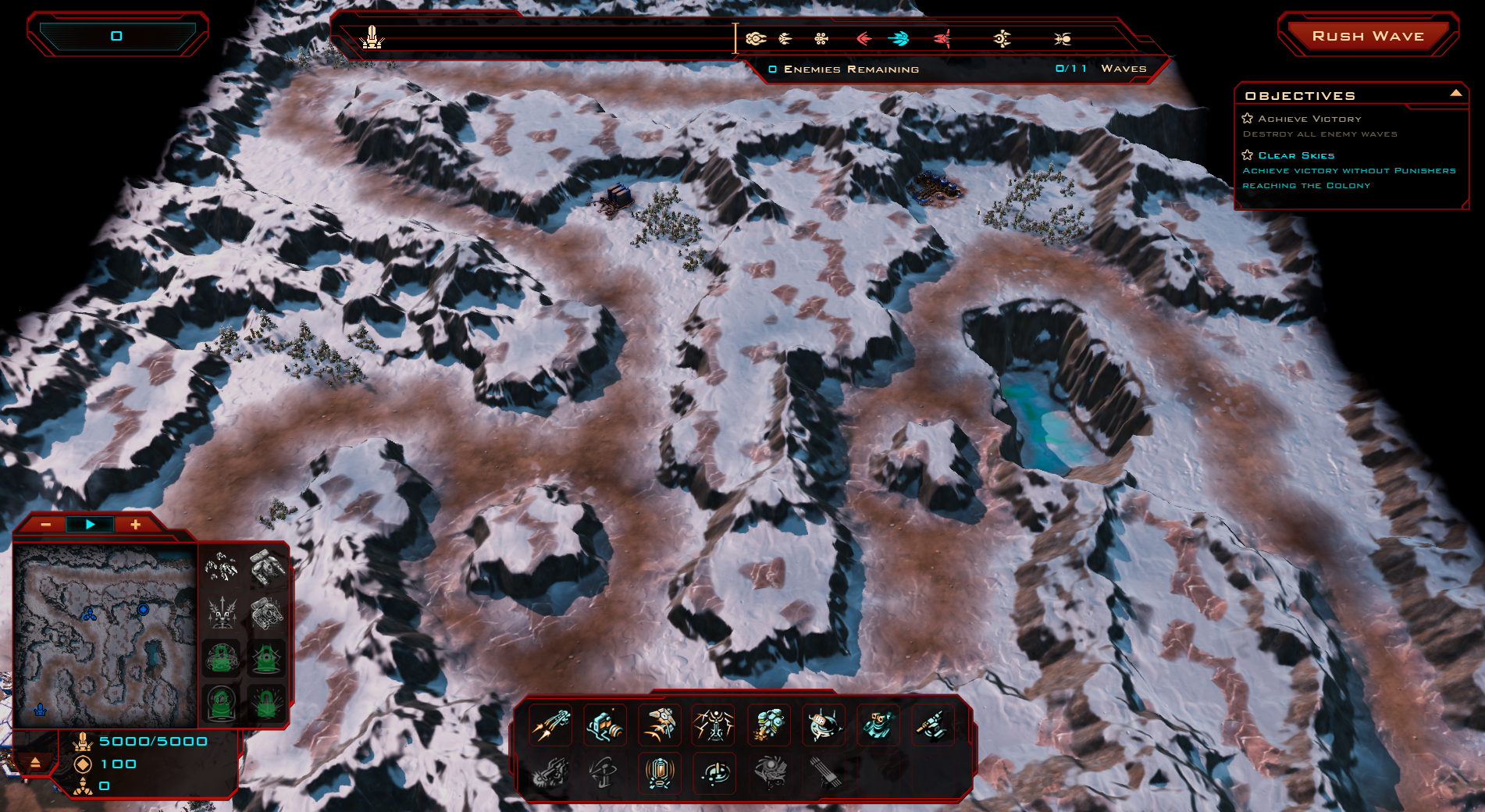 We have a Fission Reactor and a Metal Refinery here, on separate paths. And an ideal junction between the paths to place defenses, but building defenses there will mean abandoning either of the two buildings. We can build in the north, defend our source of radioactives but assume that the towers won't protect against southern attackers, or do the opposite and guard the refinery. Abandon both and make the most of our defenses by guarding the colony, or try some mix of the above. 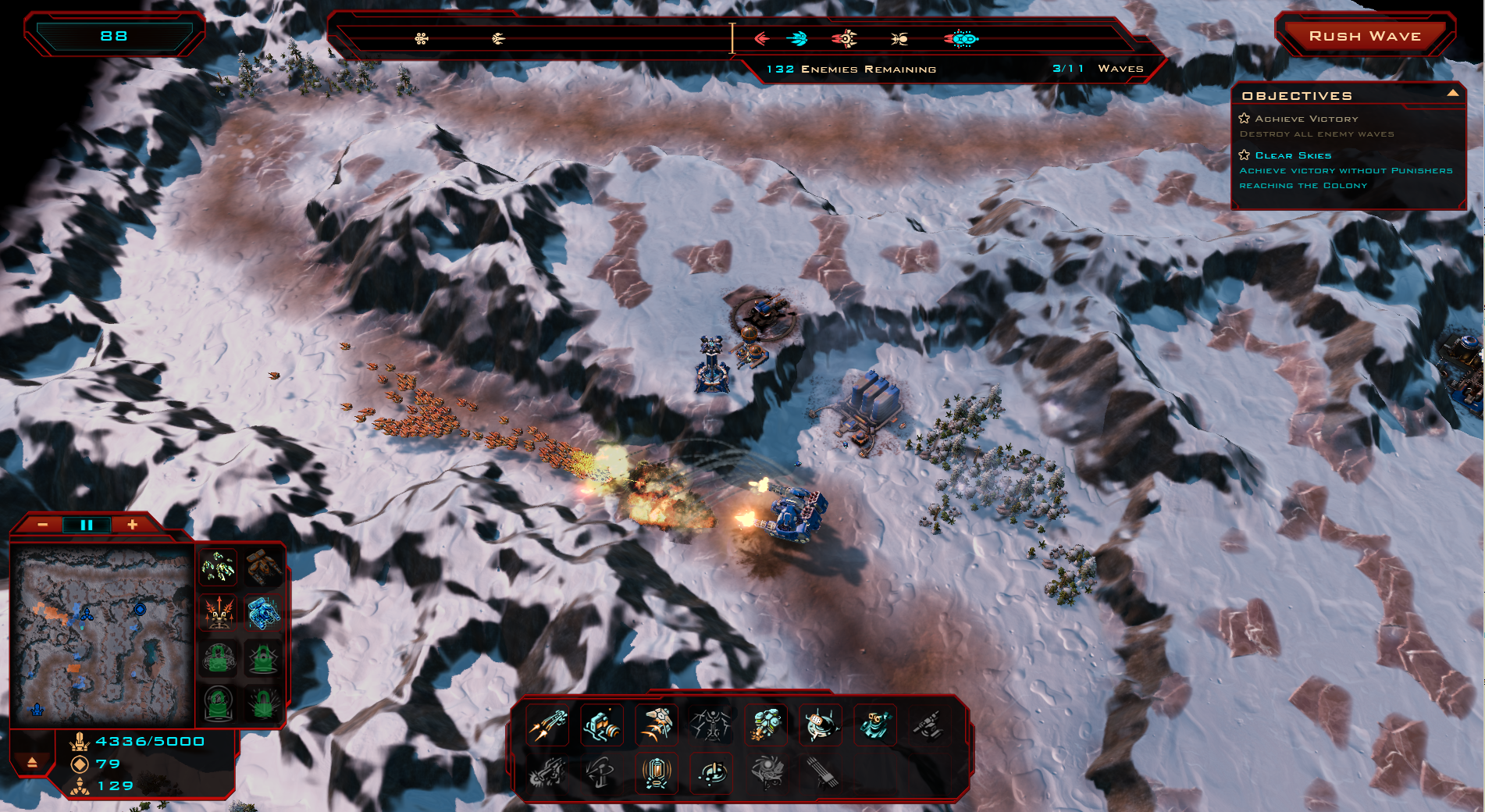 Personally I love radioactives and my orbital abilities so I quickly build up defenses around the Fission Reactor and use Milton to help out. 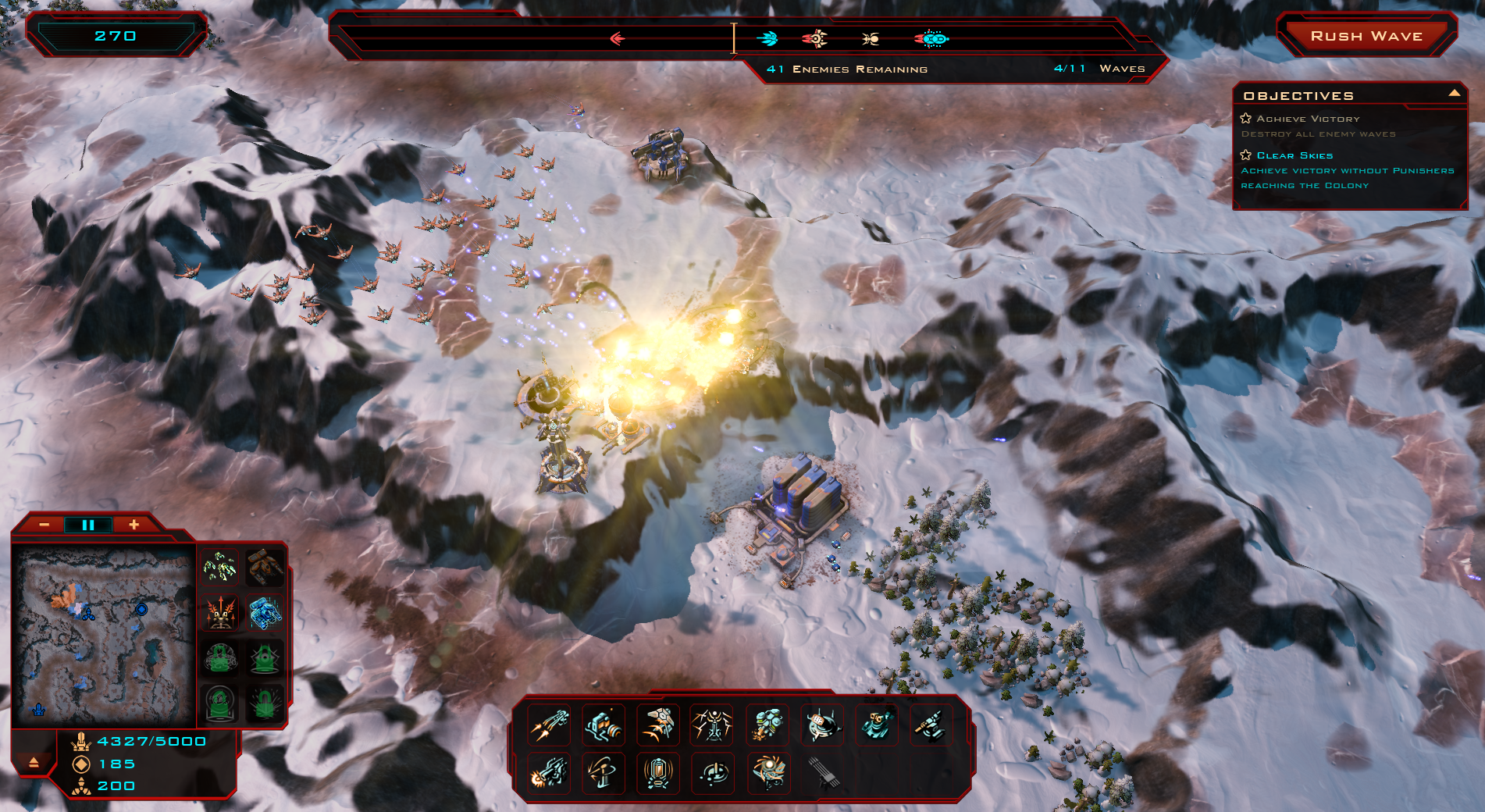 Which is when the first of our first two new enemies shows up. Sparrows are tiny flying enemies that ignore the paths, but they come in large groups. Flak Cannons are the best defense against them since they do AoE damage against flyers. But in a pinch Icarus Missiles and even Gun Turrets can hold them off.

Later in the mission more powerful flying Punishers attack and will need more than Flak cannons to stop them. But there is an objectives (and a score bonus) if none of them manage to reach the colony). 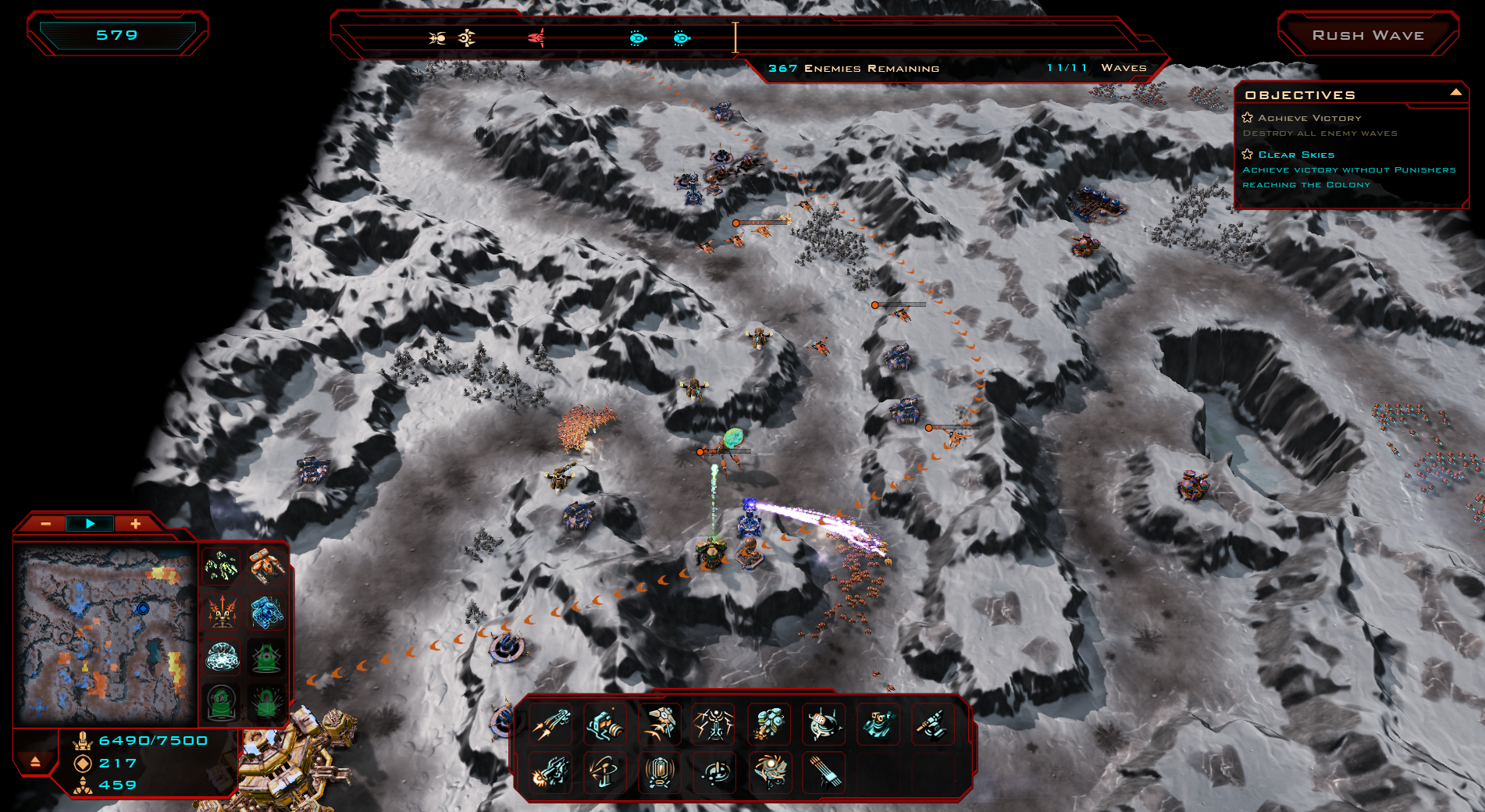 Flying enemies ignore paths, but you can see where they will go with Scan Mode. You enter scan mode by holding down the ALt key. It will let you more clearly see units (by desaturating the terrain) show you HP bars for enemies and let you see the lanes Air units will travel on.

(spoiler: in a future update any unit you click on will have their full path displayed so you can see where they will go). 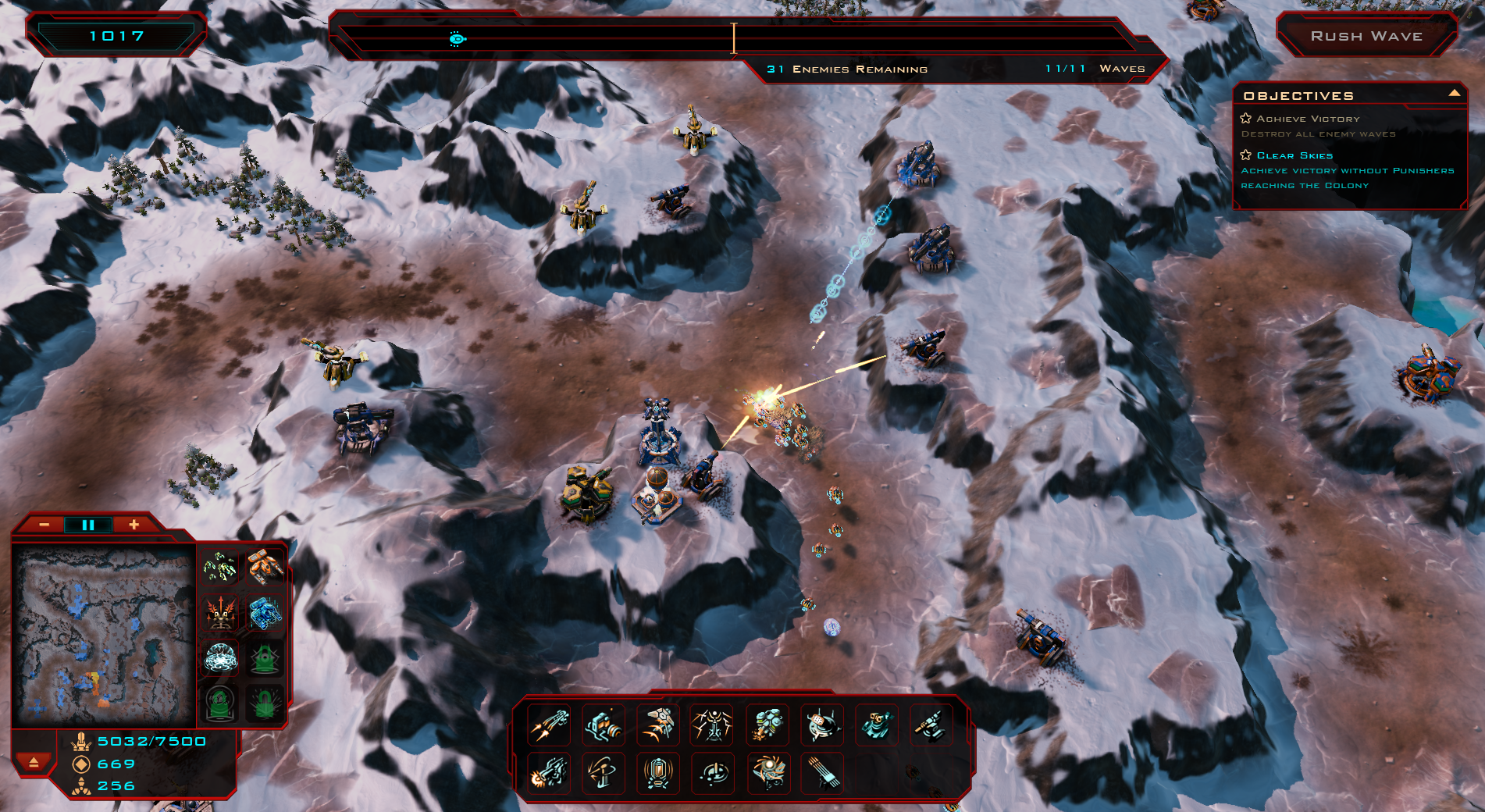 Chariah is also one of our longest levels so far with 11 waves. And ends with dual waves of Martyr's from both directions. By this point I have given up the more remote locations and I'm attempting to hold them at the last gate before they reach my colony. 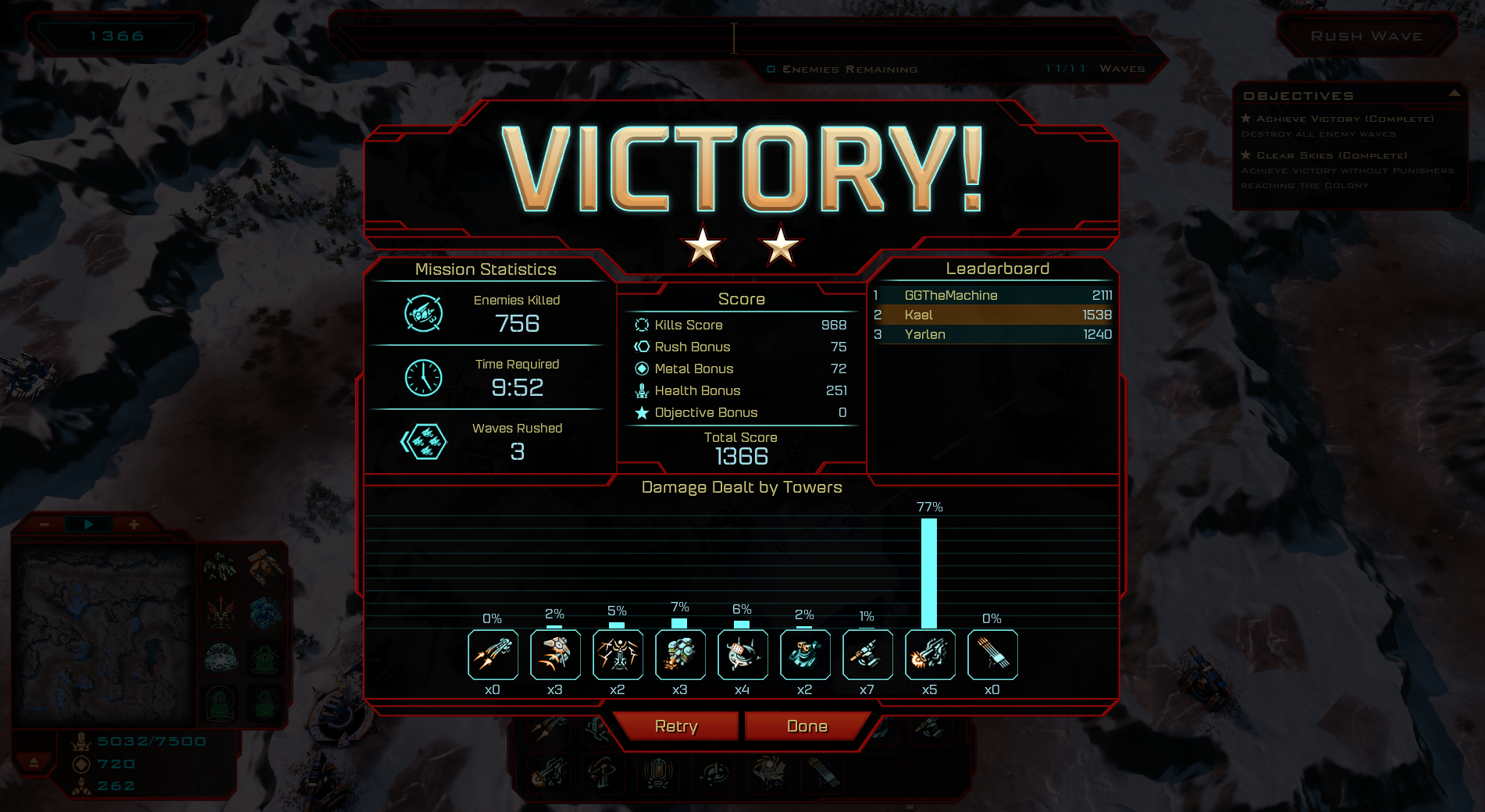 Fortunately the last are killed and the colony is saved, even if I wasn't able to save the reactor or the refinery.

Chariah is up and able to to be played now. What do you think? Would you like larger, longer maps, or do you prefer the shorter missions like the earlier missions?