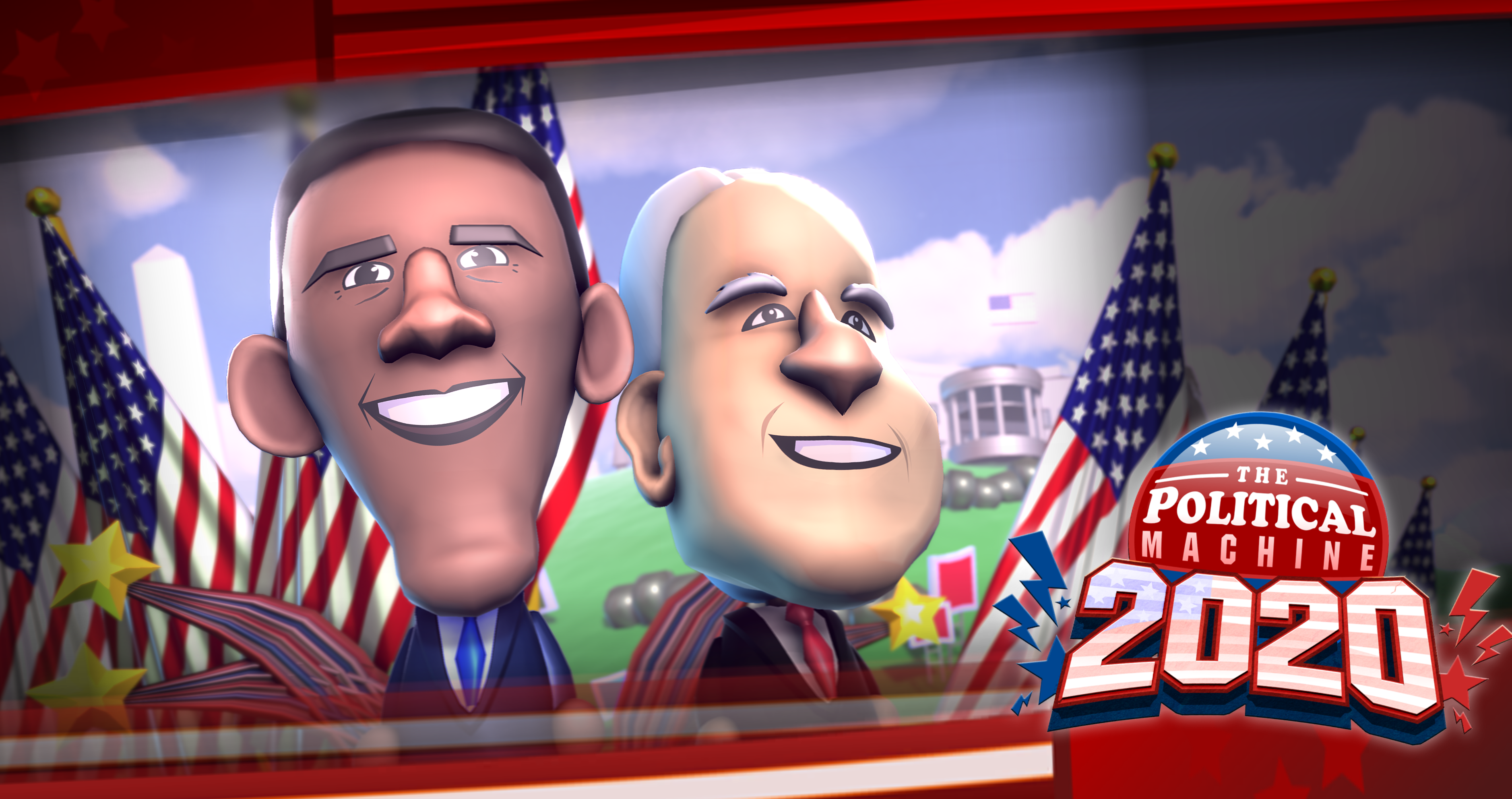 John McCain and Barack Obama
have entered the race!

Greetings from The Political Machine Development Bunker.  While Shelter-In-Place rules have us working from home, that hasn't stopped the updates from flowing! Today we released v1.2, with two new highly-requested candidates - each with their own unique Ideology Tree - and several quality of life improvements that should make fans pretty happy.

Read on to see what changes we've brought with the update!

A blast from the Political Past, players can now recreate that epic 2008 campaign between the fresh faced Obama and the war-hardened Senator McCain. Each candidate has their own hand-crafted 3D assets, along with the custom Ideology Trees "Hope and Change" and the "Straight Talk Express".

OK guys, we finally bit the bullet. When creating your custom candidate, you can now toggle an 'Infinite Mode' where you can spend as many stat points as you want.

Fair warning - any candidate that goes over the allocated points will not be available to play in Multiplayer mode, but it certainly will provide some fun local fantasy match ups.

In mid to late game, we've always had the problem of notifying players when important changes happen on the map. There may be several battleground states that flip but go unnoticed for several turns.

To combat this, we're feeding Battleground info into the News Ticker, where you'll get color-coordinated ticker items as Battleground states pop-up or are claimed by either candidate.

A subtle but important tool for strategists looking for victory in specific states.

One of the big changes to the 2020 version was, by default, bringing the turn count down to 21 weeks. We preferred gameplay sessions at the quicker pace, but certainly understand those players that want a long, serious, 41 week throw-down. To help ensure players of those longer games always have a fresh save ready we've hooked up Autosaves!

Besides the big improvements above, there are also some smaller Quality of Life and bugs fixes that made it into the build. Mac users can now Shift and Left Click to travel to a state (actually, even PC users can do this). The ticker is no longer dirt slow, getting more information to the player faster. And Multiplayer games will no longer block custom candidates with custom ideologies - it'll simply force them to play with the default Ideology Trees for their given party.

After this update, it's full steam ahead to the 4th of July, when we're going to have some BIG new announcements relating to The Political Machine! In the meantime, have fun with the new candidates and keep the gameplay requests coming!

The Political Machine 2020 is available on Steam or through Stardock.
www.politicalmachine.com

Which of these is your favorite RTS of all time?